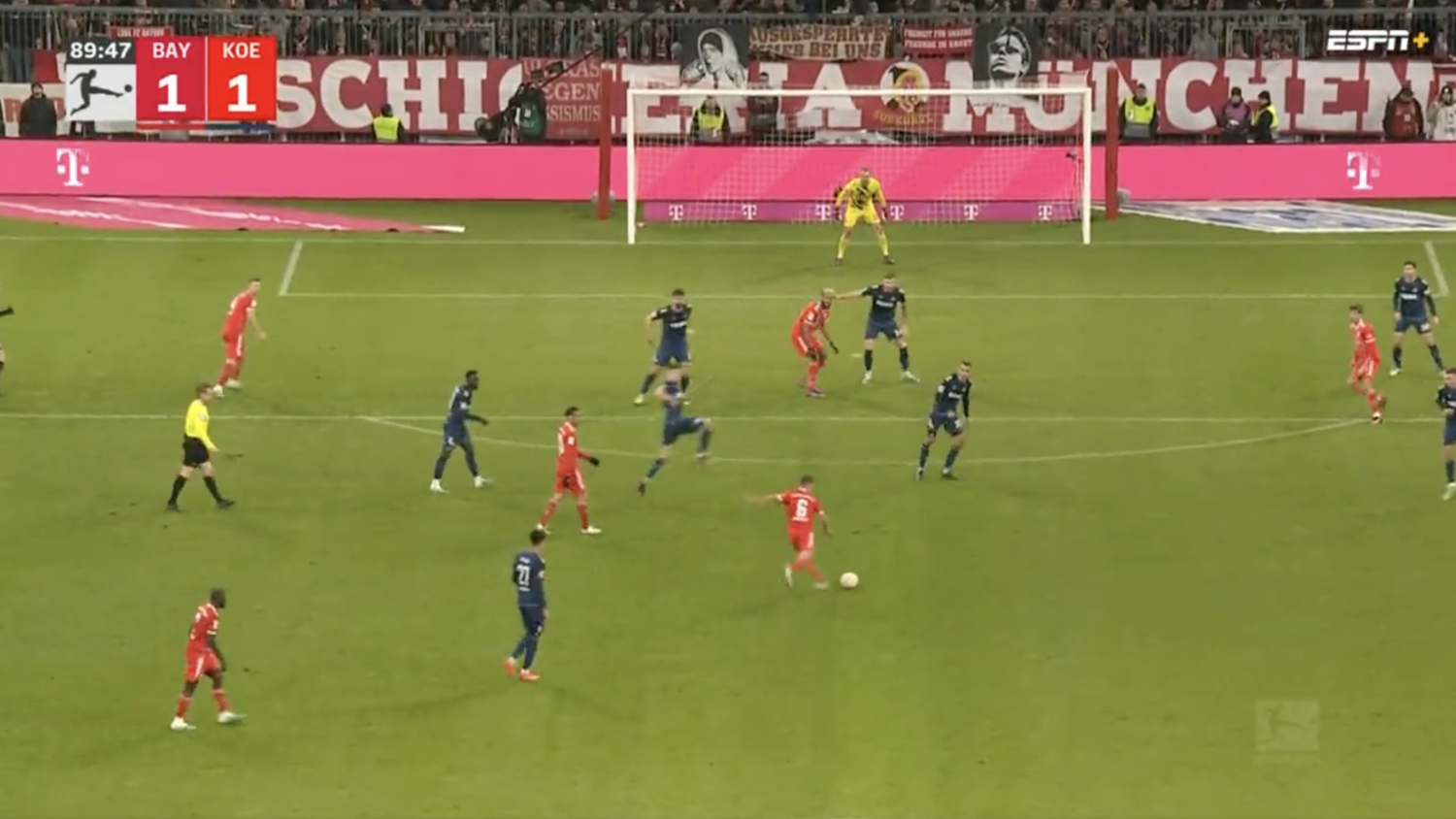 The18 knows a Puskás goal contender when we saw one. Afterall, we did write about all 11 nominations from 2022 before they were actually nominated. It’s only three weeks into 2023 but we have our first goal of the year contender with this amazing Joshua Kimmich goal vs. Köln (Cologne).

Bayern Munich is off to a slow restart after the World Cup break with back-to-back 1-1 draws in Bundesliga play. Tuesday’s draw with mid-table Köln was nearly a defeat until Kimmich produced this piece of magic.

JOSHUA KIMMICH WITH THE STRIKE OF THE YEAR pic.twitter.com/xxBtM5ErwZ

Goal of the year? pic.twitter.com/QCQyxqgvnS

You don’t hit a ball any cleaner than that. The 90th minute equalizer was his first goal for Bayern since Oct. 19, 2022.

There’s something about defensive midfielders having a knack for scoring screamers from distance.

The goal saved Bayern from dropping even more points to a Köln side that is on fire. The Billy Goats marked their return from the World Cup break with a staggering 7-1 victory vs. Werder Bremen.

Köln’s confidence was evident as they stunned the Bayern home crowd with the game’s opening goal in the fourth minute. It would be Köln’s only shot on target in the whole game.

Bayern’s search for an equalizer lasted 86 minutes as they dominated possession and had the better chances. Thomas Müller had Bayern’s best opportunity before the equalizer when his header in the 80th minute was tipped over the bar.

Neutral fans won’t mind Bayern dropping points one bit. After two draws in-a-row the pack is catching up with the Bavarian giants.

Bayern sits top of the table at 36 points while RB Leipzig has 32. Eintracht Frankfurt, Union Berlin and SC Freiburg all have 30 points and play tomorrow.