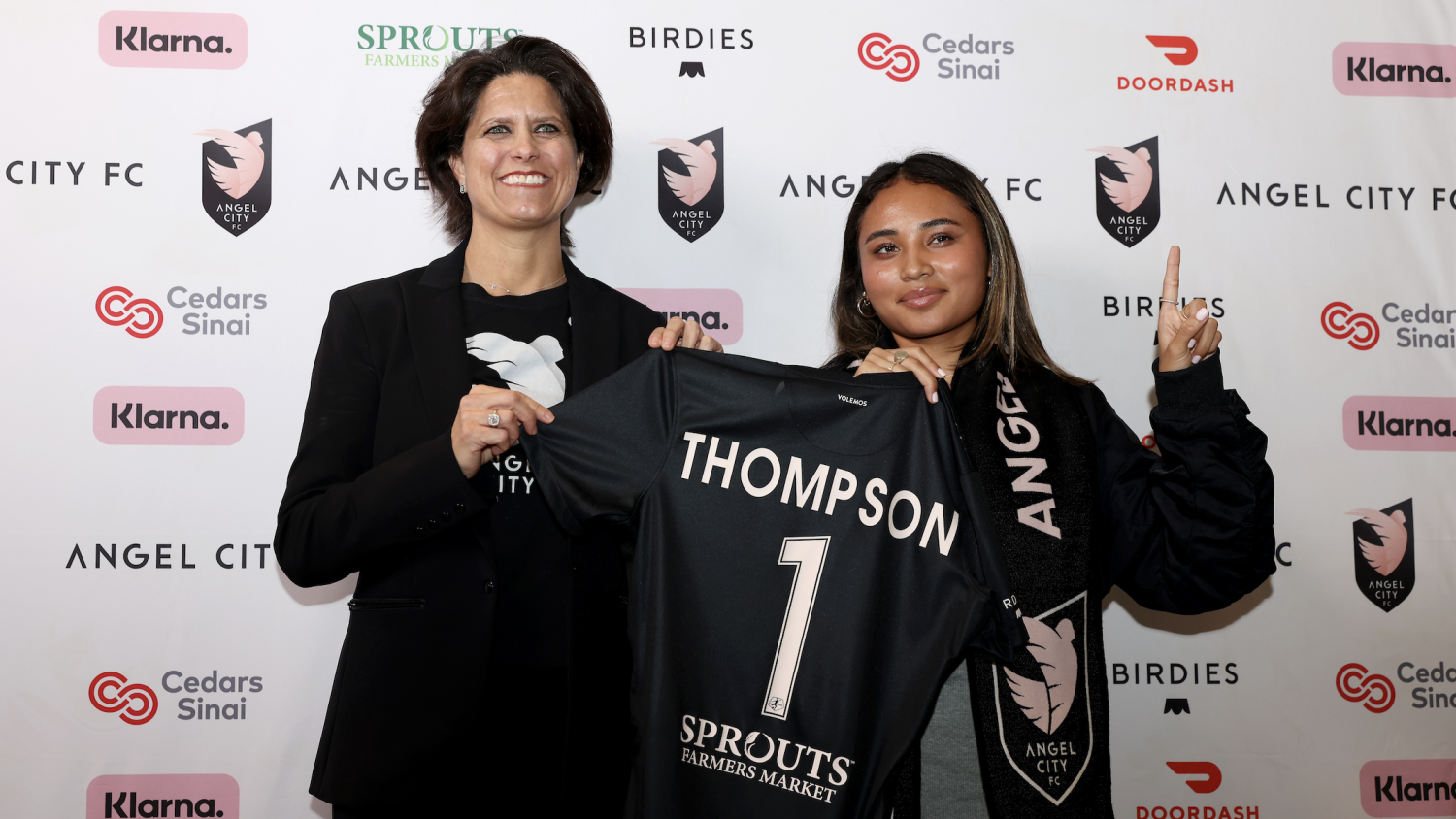 Angel City have a rising star on their hands.
Getty Images

"She's a player who can make an immediate impact, but she's also young and can develop and look to be a player that we're building a future off of, too."

Thompson is the youngest draft pick in league history and is still in high school at L.A.'s Harvard-Westlake. She declared for the draft last week, opting to forgo her college eligibility and potential overseas offers to suit up for her hometown team.

And with the first pick of the NWSL Draft...

Representing Los Angeles
We have selected Alyssa Thompson as the first pick of the 2023 #NWSLDraft!

"This was the hardest decision that I've ever had to make in my life," Thompson said.

"There were so many back and forths about it, but in the end, I decided that it was the best for me."

"As a forward, you obviously like to get the ball," said the speedy Thompson, a former track and field athlete who specialized in the 100 meters.

"When the defenders are forcing you out, I love to play wing to get in those positions and cross, but I also like to play striker and make runs in behind the line."

Angel City is looking to take the next step after making its splashy debut last season as a celebrity-backed expansion team playing in the electric atmosphere of the Banc of California Stadium in Exposition Park.

While she is delighted to be able to play in front of family and friends, it is the opportunity to face off against top-tier talent that really drives her.

"Being able to play against the best in the world every single day - I couldn't pass that up right now," she said.

The Kansas City Current selected Michelle Cooper with the second pick and the Orlando Pride chose Emily Madril with the third pick of the draft, which was held at the Philadelphia Convention Center and conducted in person for the first time since 2020.