Alex Morgan Yanked At Halftime Of First Start For Tottenham 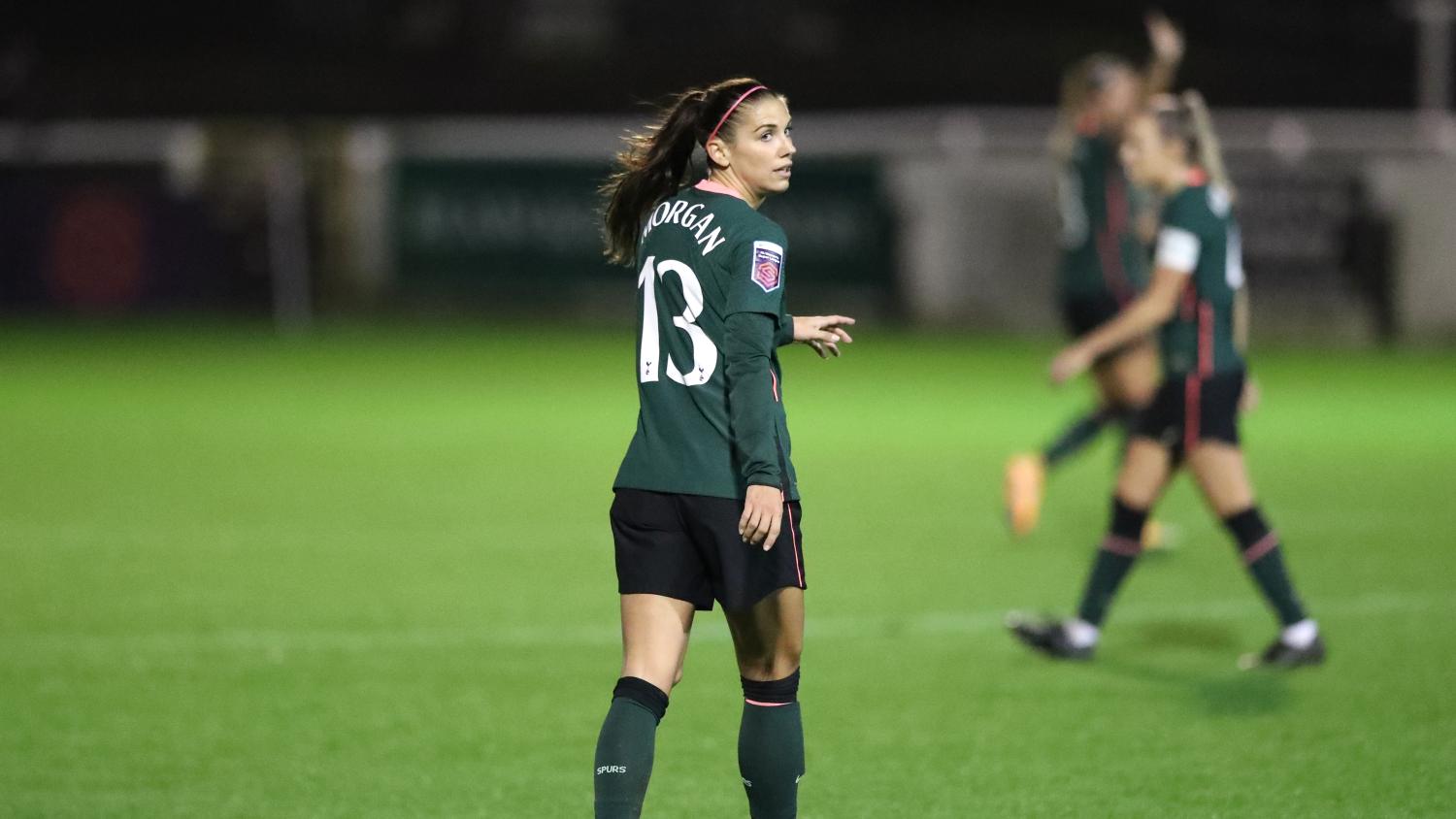 Morgan struggled to make an impact in her first full half of play for Spurs against the league’s worst defense.
Getty Images

Two months after her move was first announced, Alex Morgan finally made her first start for Tottenham Hotspurs on Saturday against Bristol City, a week after her Spurs debut. Unfortunately for the American superstar, her first start didn’t last long.

Morgan played 45 minutes before being pulled at halftime of a matchup between the Women’s Super League’s two worst teams, struggling to make an impact in her first start since the 2019 Women’s World Cup final.

Alex Morgan hadn’t appeared in a match in more than 400 days when she made her debut last week. The reason was obvious: She gave birth to her first child in May. Her first appearance for Tottenham was a 21-minute cameo, setting the stage for her first start on Saturday.

Morgan’s first Spurs start didn’t last much longer than her first appearance, with the striker taken out at halftime, replaced by Rianna Dean. It was Dean who was sent off in the second half, allowing Bristol City to score a stoppage-time equalizer in a 2-2 draw.

Expectations were high for Morgan going into this match. Neither Tottenham nor Bristol City had won a league match coming in, with two draws by Spurs the only points either side had recorded. The hope was Morgan could score her first goal for Spurs against a team that had allowed 28 goals in its first five matches.

@alexmorgan13 makes her first start for the Club.

But Morgan struggled to make an impact in her 45 minutes on the pitch. Perhaps still growing accustomed to her new teammates (although Alanna Kennedy and Shelina Zadorsky played with Morgan at Orlando Pride), Morgan rarely was involved in the attack as Bristol City stacked 10 players behind the ball, leaving Morgan little room to maneuver.

As a result, with the teams level at halftime, Morgan was replaced at the break.

46 - The second half is underway and we make a change at the break:

While Morgan was in the game, it was Bristol City that struck first, albeit against the run of play.

Australian Chloe Logarzo converted from the spot in the 37th minute for Bristol City’s third goal of the entire season (in comparison, Arsenal scored 29 in its first six matches). The penalty was created by a lovely backheel from Ebony Salmon, who was isolated up front in City’s 5-4-1 formation.

Spurs struck back quickly to equalize before halftime. Siri Worm’s whipped-in cross/shot on a free kick from near the corner flag zipped past everyone, including keeper Sophie Baggaley, and into the back of the net.

In the second half, Spurs continued to pile on the pressure, even without Morgan in the lineup. The pressure paid off when Ashleigh Neville turned in Worm’s free kick in the 64th minute.

GOAL for @SpursWomen! @AshNev10 scores her second goal of the season!

Tottenham continued to dominate possession and nearly added to its lead a couple times, but Dean was sent off for a challenge on City keeper Baggaley in the 77th minute. (Bizarrely it took about eight minutes for the announcers to realize the red card was shown and Spurs were playing with 10 women.)

With the numerical advantage, Bristol City managed to equalize through Salmon in the 92nd minute.

The point was the first for Bristol City of the season and a vital result in what could be a long relegation battle this campaign.

That is unless Morgan finds her form and fires Tottenham up the table in the future.