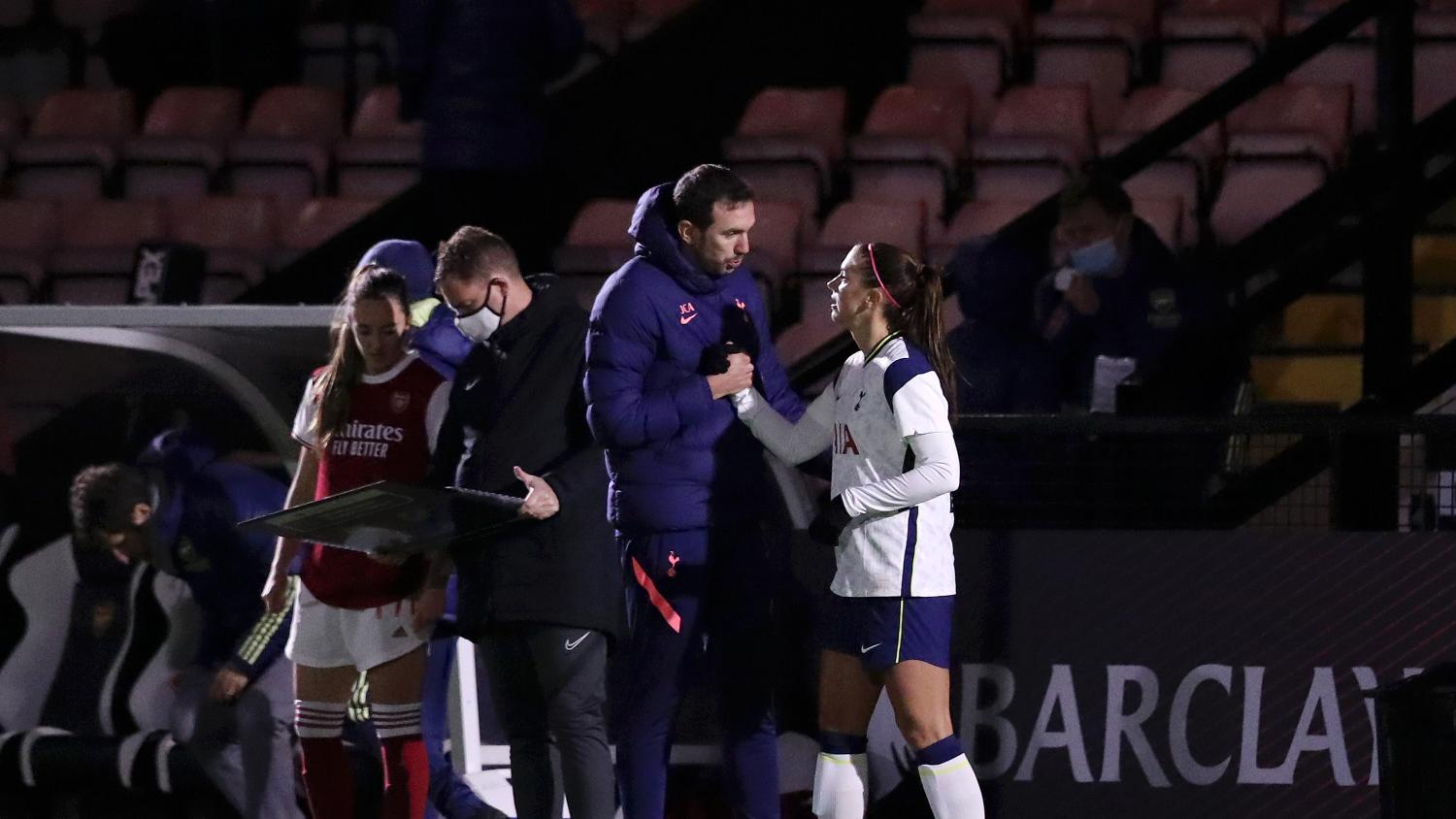 Alex Morgan just started getting into the squad at Tottenham following her return to fitness after giving birth to her first child in May. Now she’ll have to impress a new boss after Spurs’ two co-head coaches were fired on Thursday.

Karen Hills and Juan Amoros were “relieved of their duties with immediate effect” on Thursday, a day after Morgan missed a penalty kick in a League Cup shootout defeat to rival Arsenal. Morgan took the 10th penalty kick and was the only player to fail to convert from the spot as Arsenal took the bonus point from the shootout. (Tottenham did prevent Arsenal from winning the group, which was won by Chelsea.)

Spurs is 11th out of 12 teams with three draws and four defeats in seven matches in the FA Women’s Super League; they failed to beat 12th-place Bristol City on Saturday. That match featured Morgan’s first start with Spurs, though she was pulled at halftime after 45 ineffective minutes against Bristol City’s deep-lying defense. Morgan made her debut on Nov. 7 against Reading, a 1-1 draw, as a second-half substitute.

We are delighted to announce the appointment of Rehanne Skinner as our Head Coach on a contract that runs until the end of the 2022/23 season.

Skinner had been an assistant coach to lame duck Phil Neville with the England women’s national team. While an assistant at Arsenal, she won two league titles, two League Cups and one FA Cup.

“I am really excited to be joining Tottenham Hotspur and cannot wait to get started in the WSL after the international break,” Skinner said. “The club’s philosophy and future plans are something I was really keen to be a part of. They have shown a real commitment to the women’s team and have come a long way in a short period of time which is a credit to all the players and staff involved.

“There is some incredible experience within this squad and I am looking forward to getting to work with the players so we can build on the progress that has been made so far and bring future success to the team.”

Skinner’s first task will be getting the most out of Morgan while not overworking her — she gave birth six months ago, let’s not forget. But first Morgan will be joining up with the USWNT for a friendly against the Netherlands, the first time the team will play since the SheBelieves Cup in March.

Tottenham’s next match after the international break is against eighth-place Brighton & Hove Albion on Dec. 6.