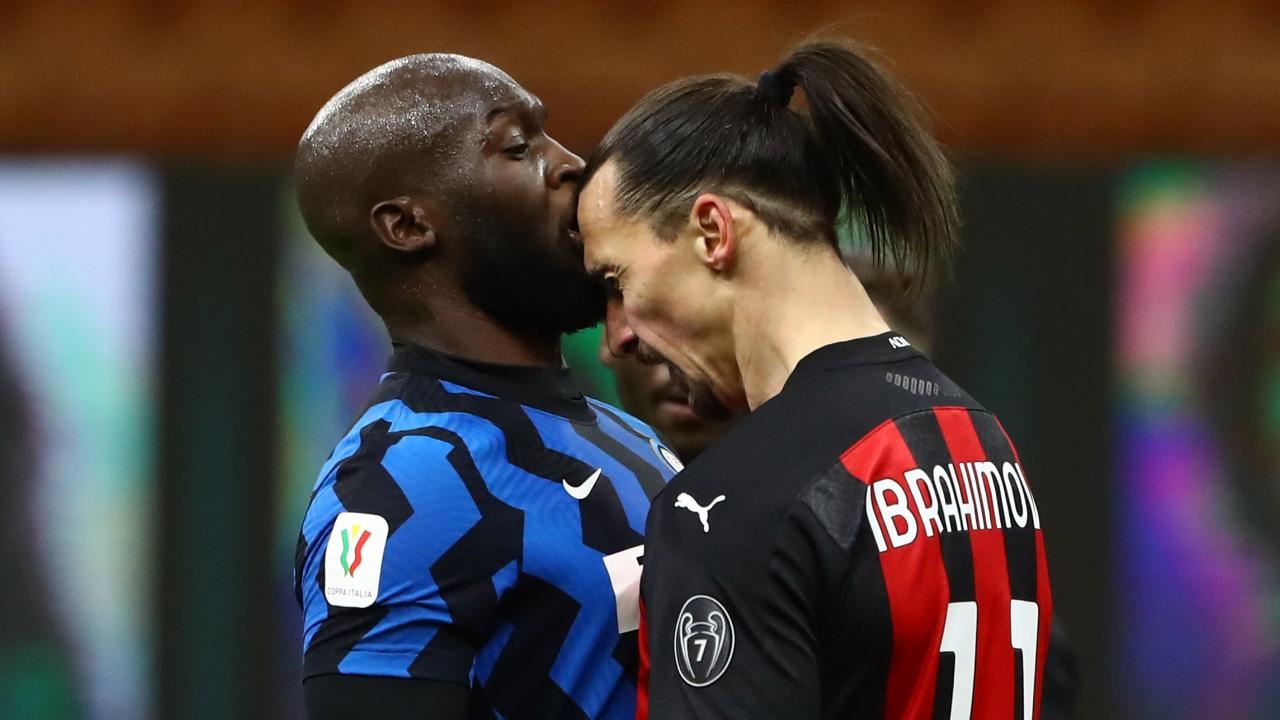 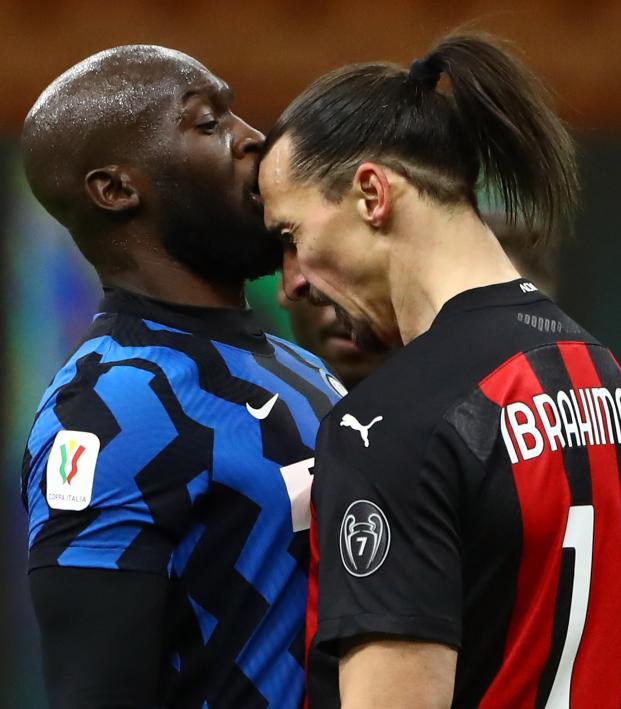 Reuters February 18, 2021
All eyes are on Romelu Lukaku and Zlatan Ibrahimović.

ROME - Ten years have come and gone since a Milan Derby in Serie A mattered this much.

When the two storied Italian clubs go head to head at San Siro on Sunday, it will be the first time since April 2, 2011 that the fixture represents a clash between the league’s top two teams. The 2010-11 season proved to be the end of an era for football in the city. Milan lifted the title to halt Inter’s five-year Scudetto stranglehold, but Inter were consoled with a Coppa Italia triumph. Neither club has won either competition since.

Much has changed since then. Both clubs have had three different ownership groups. Nine coaches have been in charge of Milan since the start of the 2010-11 season. There have been 12 at Inter. A football-crazy city has been starved of the level of drama that Sunday’s match-up promises, as Inter go into the game one point ahead of their neighbors on top.

That scenario looked unlikely a week ago, but Milan’s surprise 2-0 defeat against Spezia on Saturday night, and Inter's subsequent 3-1 win over Lazio, ended a 19-week spell as league leaders for Stefano Pioli’s side.

With Juventus, who have won the Italian title for the last nine years, facing a transitional season under rookie coach Andrea Pirlo, Inter were tipped by many pundits as this year's title winners. But this is the first time they have been top in the second half of a Serie A season since May 2010, when they won the Treble under José Mourinho.

The story of the season suggests there will be little to split the two teams. They have met twice in 2020-21, Milan winning an October league meeting 2-1, before Inter earned revenge with victory by the same scoreline in January’s Coppa Italia quarterfinal.

The talismanic figures of Romelu Lukaku and Zlatan Ibrahimović dominated those encounters.

They were responsible for all three goals in the October fixture, while their physical and verbal clash during the recent cup game was so heated that it resulted in the Italian Football Federation opening an inquiry. Ibrahimović scored and was sent off that day, while Lukaku scored a penalty before Christian Eriksen’s 90th minute free-kick winner.

The rivalry of the two former Manchester United teammates has come to symbolize this season’s Milanese football renaissance, to the extent that a mural was painted outside San Siro this week of the pair clashing heads during the cup game.

Lukaku and Zlatan’s clash in the Milan derby has been turned into street art in Milan pic.twitter.com/OUcDCbvOv6

The two strikers are their respective clubs' top scorers, Lukaku with 16 league goals and Ibrahimović with 14, but their influence goes beyond that as they look to use their ferocious competitiveness to drive their teammates towards the title.

The Milan Derby isn’t the only big game in Serie A this weekend, though.

Ten points separate the top seven teams and two of them, fifth-placed Napoli and Atalanta in sixth, are level on 40 points ahead of their meeting in Bergamo on Sunday. Juventus, in fourth, will look to bounce back from a Champions League defeat to Porto when they host bottom side Crotone on Monday, while third-placed Roma travel to Benevento and seventh-placed Lazio host Sampdoria.