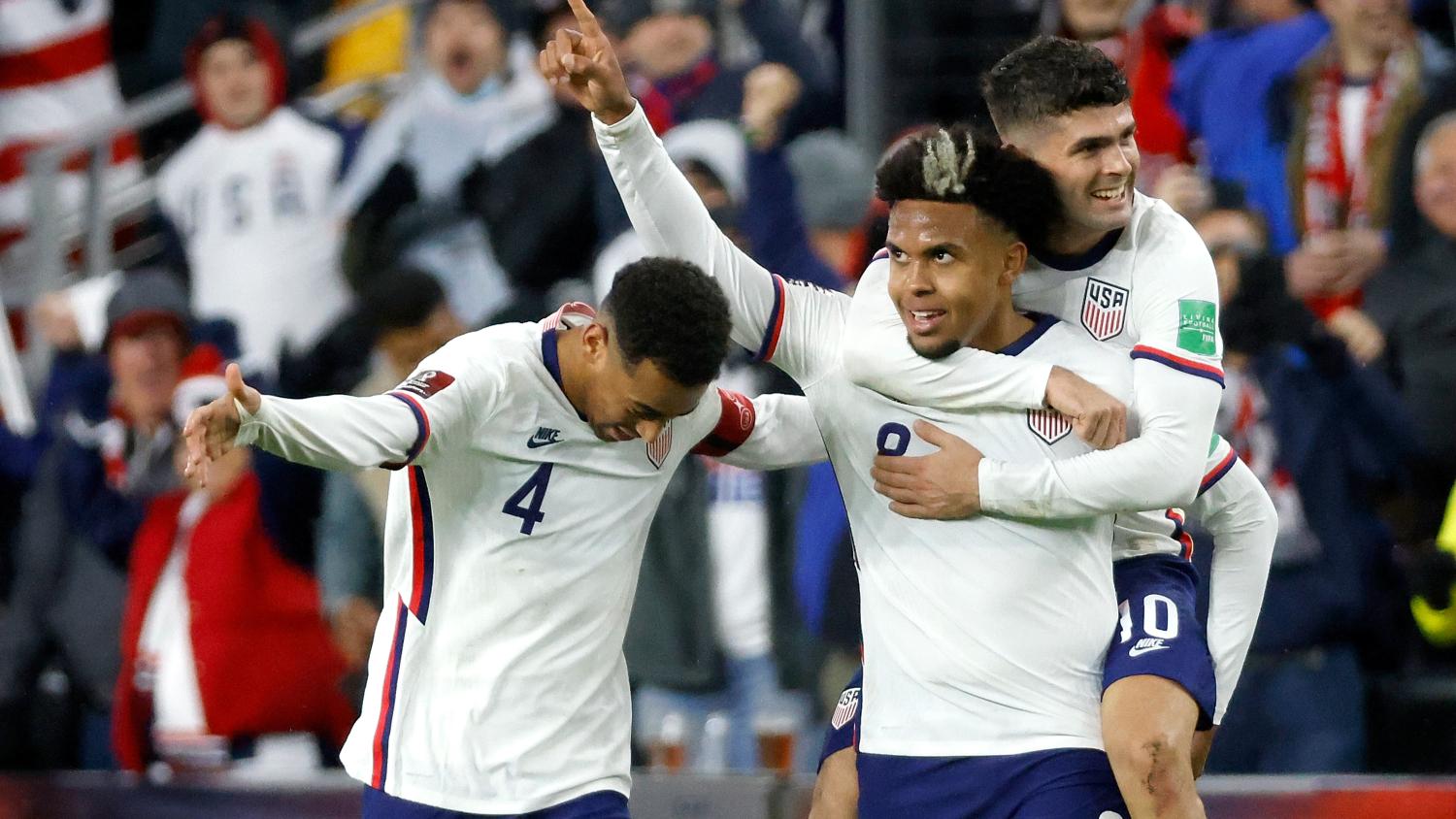 The18 predicts all the world’s biggest soccer events in 2022. Don’t hate us when we’re all right.
Getty Images

Of all the years in the 2020s, 2021 was probably the least bad one. Maybe. But worry not; 2022 can’t possibly be as bad as the first two years of the decade, right? According to our 2022 soccer predictions, it’s going to be the best year ever, or at least the best of the last three.

Looking at the calendar, 2022 promises to be a good year for soccer fans, starting with the Africa Cup of Nations in January and concluding with the men’s World Cup final on Dec. 18. In between, we’ll find out if the USMNT can make it back to a World Cup, if the USWNT qualifies for the 2023 Women’s World Cup, who wins the Women’s Euros and, if we’re lucky, maybe someone will explain crypto to us.

Who will win the World Cup? How will the U.S. men’s and women’s national teams perform? Who will win The18’s annual foosball tournament? These are all the questions we know you readers want to know, so we’ve put all our best people on our 2022 soccer predictions.

(If you’re more in the mood to look back than look forward, check out The18 d’Or, our definitive awards for the best of soccer in 2021.)

1. Do the USMNT and Mexico qualify for the World Cup?

3. Who finishes Top 4 and who is relegated in the Premier League?

4. Who wins the men’s and Women’s Champions Leagues?

5. Who wins the Women’s Euros?

6. How far do the USMNT and Mexico go in the World Cup?

7. What will be the major storylines off the pitch at the Qatar World Cup?

CC: How certain player injuries will affect club season, human rights violations by Qatar, lack of adequate infrastructure in the country, protests outside stadiums
CF: A few national teams — and more will join – have already said they’re thinking of ways to use their platforms to speak out against Qatar’s human rights abuses. We’ll see how that all unfolds during the tournament and how it’s covered on FOX
MM: National team players adopt stray dogs
DM: Omicron 2
TN: How all the sexy Brazilian fans make Qatar question their LGBTQ+ laws
LV: Human rights, Covid-19, luxury and how fucking hot is outside of the stadiums.
TY: LGBTQ+ discrimination, lack of housing/alcohol/things to do in Qatar

8. What will be the biggest storyline on the pitch at the World Cup?

CC: Jamal Musiala, the newest wonderkid on the block
CF: A young U.S. squad looking to make an impact, as well as a World Cup in which both Argentina and Brazil are among the favorites again
MM: Stray dogs keep getting into stadiums
DM: Messi and Argentina make it to the final but don’t win again and we see him cry again and everyone is sad
TN: Vini Jr becoming the next Pelé
LV: Because the World Cup is being played in November, the timing will be used by pundits to explain good games, bad games, injuries or whatever
TY: Neymar getting injured in the semifinals, winning the Golden Ball anyway

10. Biggest USWNT story of the year?

11. Biggest USMNT story of the year?

CC: Gio Reyna picking up where his dad left off
CF: You gotta believe it’s going to be Christian Pulisic providing us with one truly memorable moment at the World Cup
MM: U.S. men’s players donate portions of their salaries to USWNT to make up pay gap
DM: A last-minute winner in the group stage
TN: Losing to Brazil 7-1 at the World Cup
LV: The squad Berhalter will take to Qatar. Who will be in? Who will be out? It’s going to be the same with Mexico and Martino
TY: Getting robbed by the VAR in the Round of 16

CC: Harry Kane
CF: Belgium at the World Cup
MM: PSG falls to third in Ligue 1
DM: Cristiano Ronaldo misses his last World Cup
TN: Every team that’s not Brazil
LV: Portugal not being in the WC. At team level, Barcelona adding a new failure, now in the Europa League
TY: USMNT loses to Ghana in Round of 16 at the World Cup

18. Who has the better year: Cristiano Ronaldo or Lionel Messi?

CC: Messi
CF: Messi. Ronaldo doesn’t play in the World Cup after Portugal is eliminated by Italy in the playoffs
MM: Messi
DM: Messi
TN: It doesn’t matter. Both of them will be eclipsed by Neymar and Vinícius Júnior
LV: Messi. Ronaldo is going to be out of the World Cup
TY: Messi

Colby Conetta: Since the World Cup itself is shady and the winter timeframe isn’t ideal, I want to see America go absolutely bonkers for the USMNT’s (hopeful) qualification. Aside from winning games in the tournament itself, nothing quite compares to the feeling of securing a spot in the final 32, knowing your nation has a chance to play for the biggest trophy in global sports. If the U.S. avenges the demons of October 2017, what happens after that is all gravy. Let’s just get in the damn thing.

Mariel McCown: I’m looking forward to watching the U.S. men at the 2022 World Cup, seeing if Mexico can break its Round of 16 curse and seeing who takes the Champions League title this year. Hopefully Christen Press and Tobin Heath will make their relationship official, and maybe more American fans will start watching MLS and NWSL.

David Moore: I’m dying to see the USMNT in the World Cup. It’s a sight I’ve longed to see. I still remember the rush of euphoria when John Brooks scored that header against Ghana. I haven’t felt something like that in a long time.

Luis Vidal: The World Cup, even if Chile can’t qualify, because in my calendar the year has 48 months, not 12 nor 24, FIFA. Close second, Universidad Catolica’s campaign in Copa Libertadores.

Travis Yoesting: I’m looking forward to seeing how much the media ignores all of Qatar’s human rights atrocities during the World Cup. Just like in 2018 with Russia, once the tournament kicks off, everyone will forget about all the death and discrimination at the hands of the host nation’s government.

Who at The18 scores the winning goal at our annual friendly?

CC: Thiago
CF: The snowbank that’s formed in the area
MM: Probably Thiago, he always wins stupid stuff like that
DM: Someone we haven’t hired yet
TN: Me
LV: Saul
TY: Daylon

Who at The18 will win our annual foosball tournament?

Who at The18 is most likely to end up in a Qatari jail?

Who at The18 is most likely to get injured playing soccer?

Who at The18 is most likely to get all of these answers right?

CC: Travis
CF: Leon the Chameleon, if he was still with us
MM: Connor, silent killer
DM: Ya boy
TN: Me
LV: Marz
TY: Connor

Who at The18 is most likely to get all of these answers wrong?

* — Thiago left the country for Brazil for the holidays before giving his responses, so The18 made up his answers for him, even before everyone picked him to get all the answers wrong.