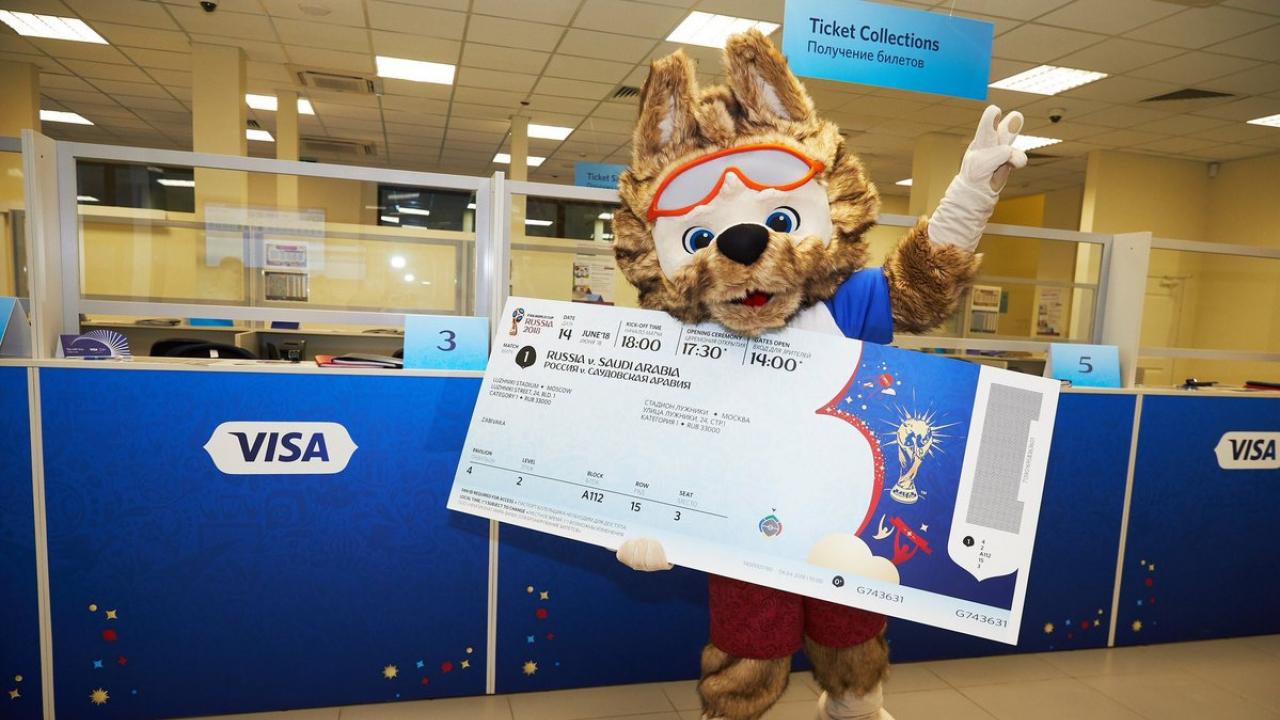 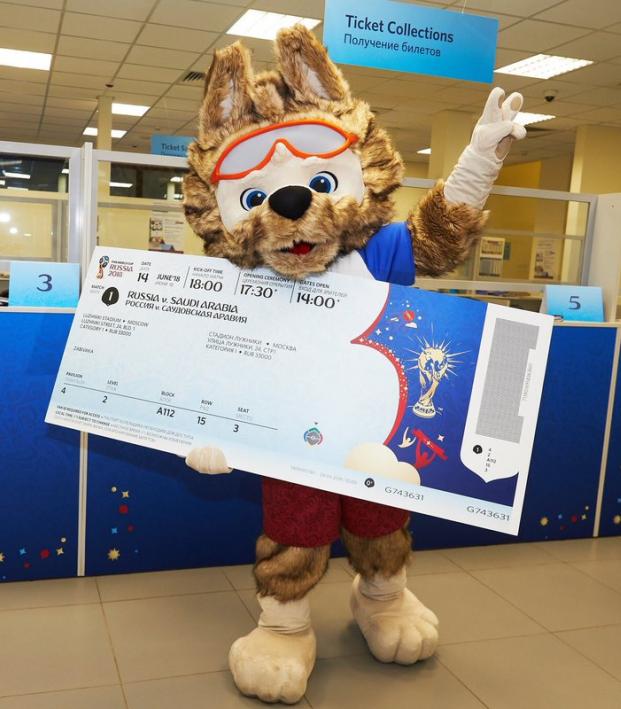 How To Get World Cup Tickets If You're Not Rich

Every four years, the FIFA World Cup is the hottest ticket in the world. Football fans from around the globe gather in one location for the biggest sporting event known to mankind. With 64 matches over 30 days, there are plenty of opportunities to watch the tournament unfold. So the first question anyone who wants to attend must ask himself or herself is: How to get World Cup tickets. The next: How to get World Cup tickets for cheap.

World Cup tickets are actually not that difficult to obtain, if you plan ahead — 2018 World Cup tickets went on sale in September. But if you still haven’t purchased tickets, it’s actually not too late. The final phase of World Cup ticket sales began on April 18 and runs through the end of the tournament (as long as supplies last). And while you could have spent $2.8 million for some choice tickets, we know normal people don't have that kind of money to spend.

With the exception of Russia, every country is treated the same for World Cup tickets, meaning there is no discrimination when buying tickets if you’re from a country that hasn’t qualified, for better or worse. That said, Iceland is killing it in ticket sales, with nearly 17 percent of the country having purchased tickets by February. The U.S., the Netherlands and China have also purchased a lot of tickets despite their teams not participating.

So with all that said, here is The18’s guide on how to get World Cup tickets. 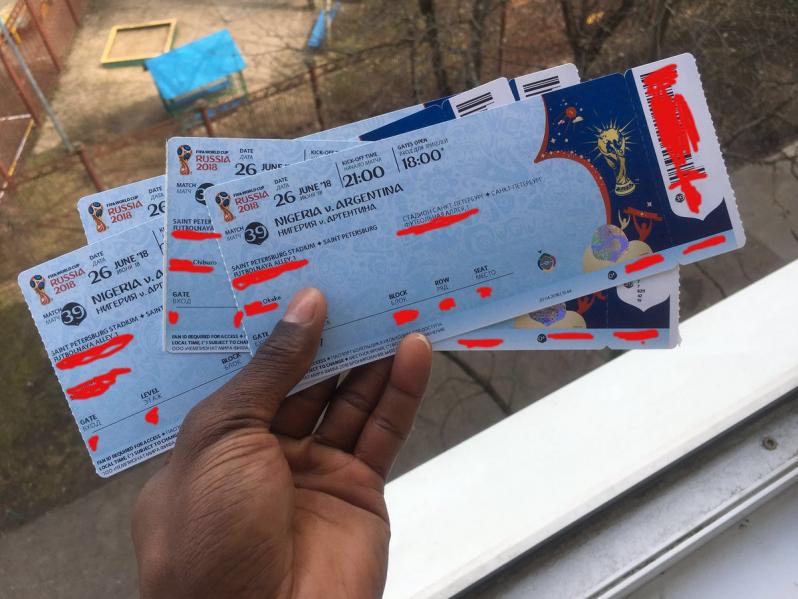 How To Get World Cup Tickets

The first two phases of World Cup ticket sales ended on November 28 and April 3, respectively. The final “Last Minute Sales Phase” began on April 18 and lasts until July 15, the day of the final, or until tickets are sold out.

To apply for tickets, you must first sign up or log in with FIFA, accepting their terms and policies and all the usual legal junk you probably won’t actually read. From there, you’ll be asked to confirm you’re not a robot and then be placed into a line to purchase tickets. But be quick, as you’ll only have 10 minutes to do so and you have to read through more legal mumbo jumbo.

Finally you can see which matches still have tickets available. At this point, most matches are already sold out, but there are still a few tickets available here and there, even those including big teams (England vs. Tunisia and a quarterfinal match were available as of this writing).

Again you’ll be asked to confirm you’re not a robot then you can enter your payment info and checkout. Congratulations, you have figured out how to get World Cup tickets!

How Much Do World Cup Tickets Cost?

This handy chart explains in detail how much World Cup tickets cost in each category and each round of the tournament. 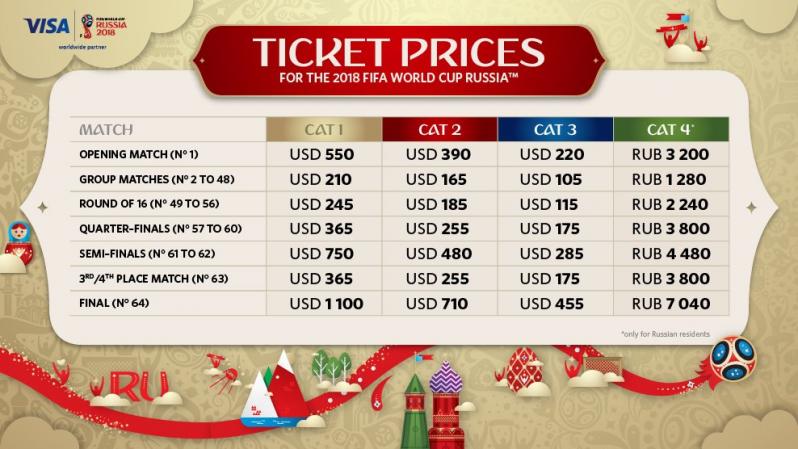 Tickets to most group matches can be purchased for $105-210. This isn’t cheap, but it isn’t that bad when you consider this is a tournament held once every four years and it’s not much more expensive than a trip to Emirates Stadium or any NFL venue in the U.S.

Of course, the ticket may be the least of your expenses if you’re planning to go to the World Cup. A flight to Moscow isn’t cheap and hotels filled up quickly. So if you haven’t obtained lodging yet, you could find yourself paying for rooms with an astonishing 11,000-percent markup on AirBnB. For more on cheap options, read on.

Do You Need A Visa To Go To The World Cup?

Yes and no; sort of. Foreigners from most countries must acquire a visa to enter Russia, and the 2018 World Cup is in Russia, so yes, a visa is necessary. However, Russia is offering anyone who purchases a ticket a free Fan ID, which acts as a visa — and it’s mandatory.

Applying for a visa can be a pain, but applying for a Fan ID is not. As soon as you obtain your tickets, you should immediately apply for a Fan ID. This requires you to show proof you have a ticket and asks for some personal info like address, phone number and passport number, but it’s much easier than an actual visa.

As a bonus, Fan IDs give visitors free use of public transportation in many areas and in between some host cities.

Can You Buy World Cup Tickets From A Third Party?

If you Google “World Cup tickets” chances are the top results are third-party websites like Viagogo and Stubhub. But the reality is, you should not use these third-party sites.

According to FIFA: “You may not sell, offer for sale, resell, offer at auctions, donate tickets, act as a commercial ticket agent for another party or otherwise transfer your ticket in any way without the specific prior written consent of FIFA.” 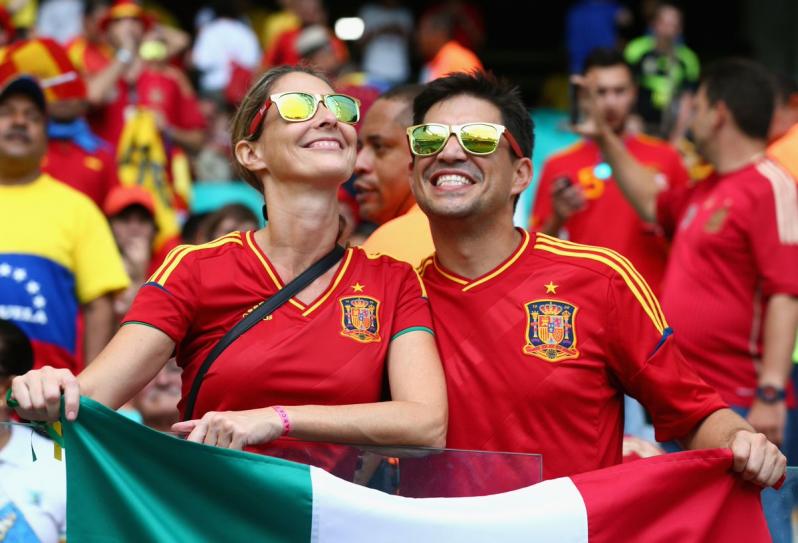 How to get World Cup tickets? Don’t use third-party sites. Photo: @FIFAWorldCup | Twitter

There is one legal resale option and that is to go through FIFA during the sales period we are currently in, the “Last Minute Sales” phase. This link further explains resale of tickets: what is and isn’t legally allowed. The tl;dr is you have to go through FIFA for everything because they want a cut every step of the way.

Regardless of the laws, plenty of third parties will buy and sell tickets, in part because it’s impossible for FIFA to prosecute everyone everywhere. However, it is not advised. Buying resale tickets puts you at risk for not being about to obtain a Fan ID, which, as we mentioned above, is required to enter Russia and attend a match. So just don’t do it.

How To Go To The World Cup For Cheap

It is possible to go to the 2018 World Cup for relatively cheap — assuming you’re Russian. FIFA sells cheaper tickets for residents of the home nation to ensure matches aren’t played before empty stadiums. However, if you’re not Russian, it’s a bit more difficult.

The short answer is you can’t go to the World Cup as a foreigner for cheap, but the longer answer is it’s possible with proper planning. Of course, proper planning no longer applies as we’re less than two months away from the opening match.

World Cup tickets are always going to be expensive, especially as the tournament wears on. The cheapest ticket for the final is $455. While there are third-party websites out there that might sell you cheaper tickets, for this tournament in particular it is not advised because of the Fan ID requirements. Add in the high cost of travel and lodging and you’re looking at a large expense to see the world’s best tournament in person.

The simplest answer for how to go to the World Cup for cheap is to start preparing for 2022. Plan ahead, buy tickets and accommodations as early as possible and spend the next four years saving up for what will undoubtedly be a costly expenditure.

Sure that might not be the answer you’re looking for, but sometimes the truth beats getting thrown into a Russian prison.