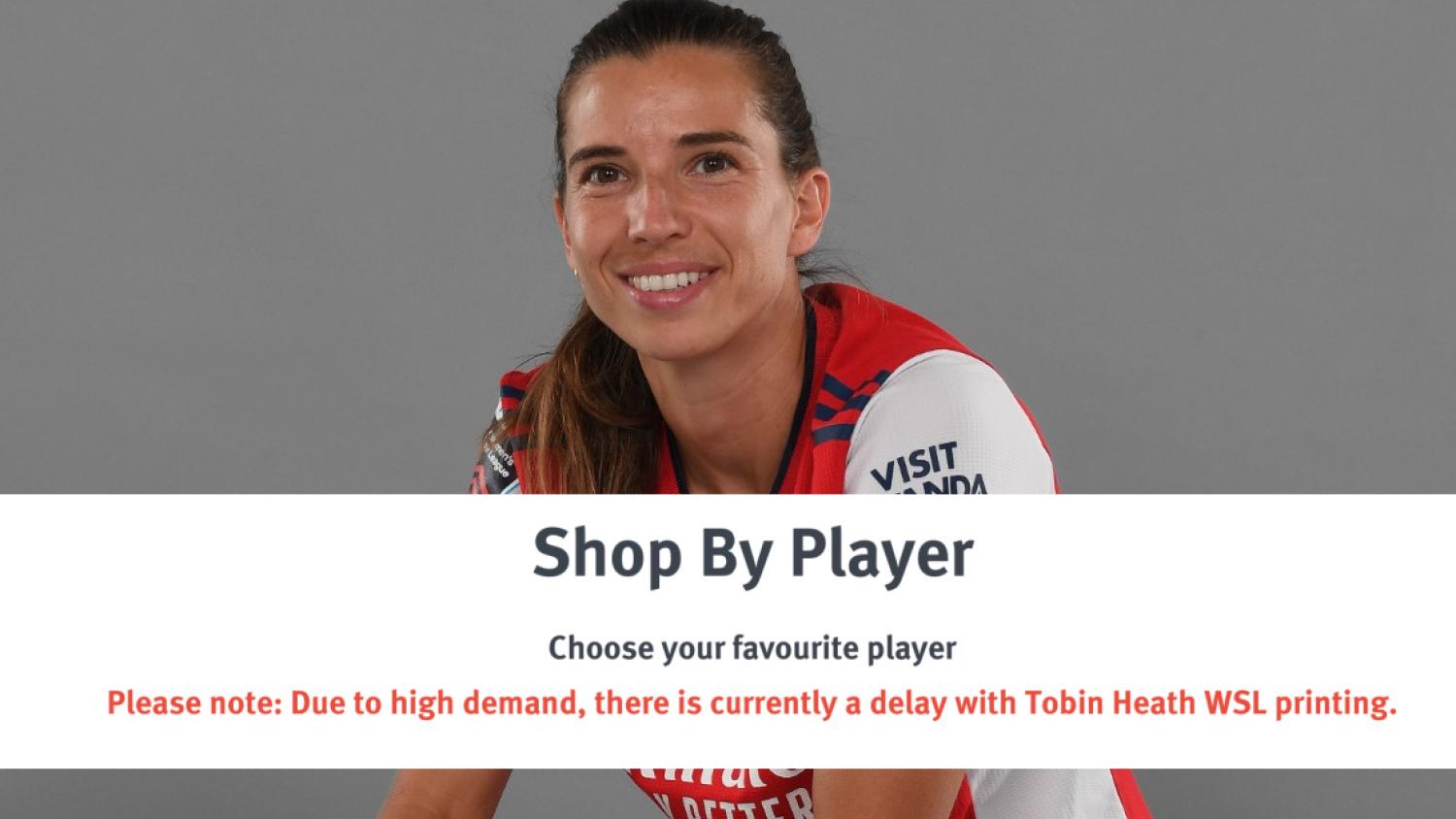 Ahead of her Arsenal debut, Tobin Heath’s jersey is a hot commodity.
Arsenal.com/The18

Tobin Heath has arrived in North London. The new Arsenal signing is available for the Gunners’ showdown with Manchester City on Sunday. But fans wanting to sport the Tobin Heath Arsenal jersey for the occasion might have some trouble getting their gear on time.

Because of high demand, Arsenal.com is reporting a delay in printing Tobin Heath jerseys. 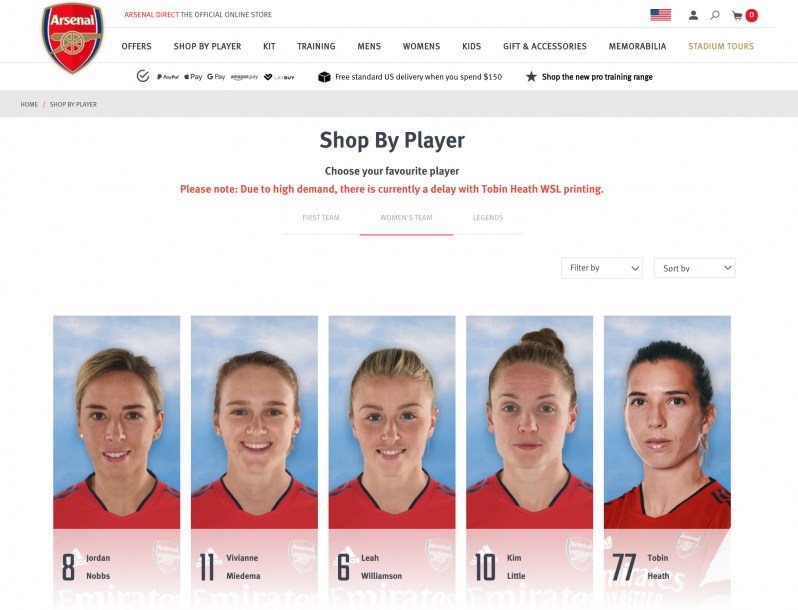 "Please note: Due to high demand, there is currently a delay with Tobin Heath WSL printing."

I, like many Americans, was excited to see Heath sign with Arsenal, her favorite club growing up. The Nutmeg queen played for Manchester United last season and many expected her to follow Christen Press from United to Angel City. While that may still happen by the time Angel City begins play in 2022, she’ll first get to play for one of the most intimidating attacks in the world.

Following the international break, which saw the USWNT beat Paraguay in two friendlies by a combined 17-0, Heath joined up with her new teammates this week.

Heath trained with the squad on Saturday and is available for selection in Sunday’s match with Manchester City, though it’s anyone’s guess if she’ll get into the match given her limited time with her new team.

When Heath does take the pitch for the Gunners, she’ll join a loaded offense that includes Vivianne Miedema (the highest-rated player in FIFA 22), Nikita Parris, Mana Iwabuchi, Katie McCabe, Caitlin Foord and Beth Mead. Even before Heath joined the squad, Arsenal has scored at least three goals in every game this season, including a 3-2 win over reigning FA WSL champion Chelsea.

With a win Sunday, Arsenal will have defeated last season’s top two teams in the FA WSL three games into the season. Having beaten Slavia Praha by a combined 7-0 to get into the revamped Women’s Champions League group stage, no side is hotter in Europe right now than Arsenal.

I generally live by a pretty hard-set rule that I never wear the shirt of someone younger than me, but I might make an exception for a Tobin Heath Arsenal jersey. Assuming Arsenal can get its printing up to the same speed the women’s squad is playing at right now.