Every Inch Of Zlatan Perfectly Portrayed In New Statue 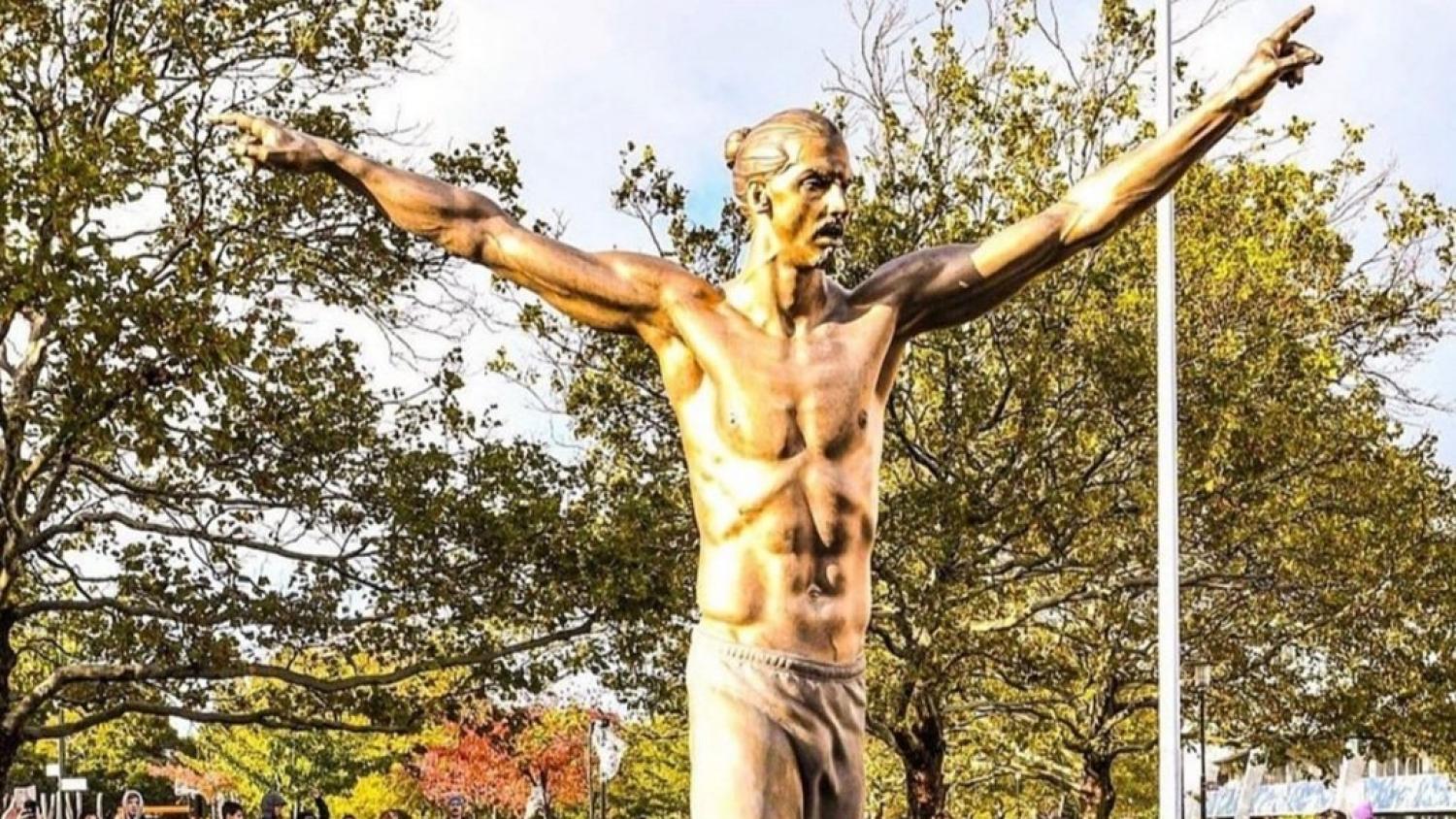 These days, you’re not a football star if you don’t have a statue. Whether it’s been possessed by a demon or part of a prank, everyone from Cristiano Ronaldo to David Beckham has one. So of course, there’s a Zlatan statue now.

In classic Zlatan Ibrahimovic style, however, this statue one-ups every other soccer sculpture we know of, because this nine-foot statue features the Swedish icon almost completely nude, showing off every inch of his chiseled physique.

The bronze Zlatan statue was sculpted by Swede Peter Linde and unveiled Tuesday in Ibrahimovic’s hometown of Malmö, Sweden. Commissioned by the Swedish FA, it took four years to make and weighs 1,100 pounds, or about a fraction of Zlatan’s ego.

Zlatan was of course on hand because there’s no way he’d miss it. The Galaxy reached the MLS Cup Playoffs despite a final-day hiccup but won’t play until Oct. 20 due to the international break.

Ibrahimovic tried to get all area schoolkids to attend the unveiling, but the Malmo schools said Zlatan didn’t have the authority to pull the children from class. It’s probably for the best, since the Zlatan statue isn’t exactly G rated.

Zlatan celebrated his 38th birthday last week but still looks better naked than you ever will. We looked but could not find the reasoning behind making the statue wear nothing but what we assume is CR7-branded underwear. Our best guess is the artist is comparing Zlatan to Jesus.

It is still a bit creepy though.