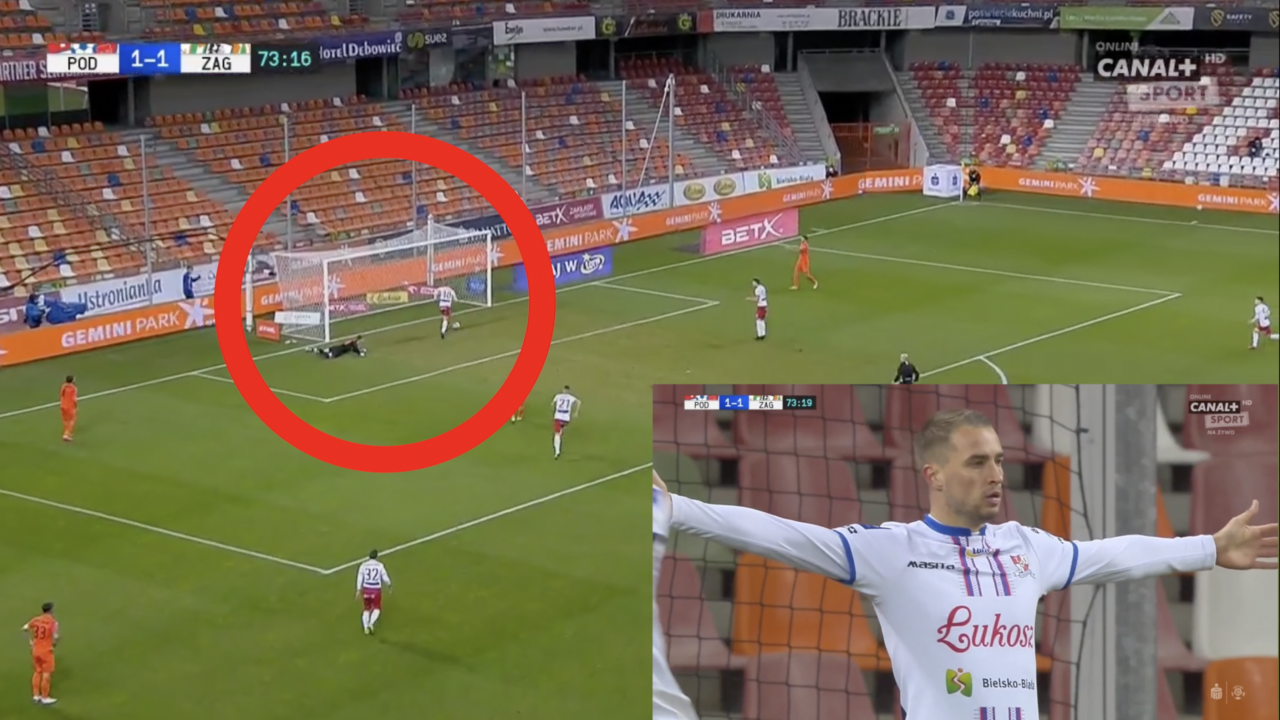 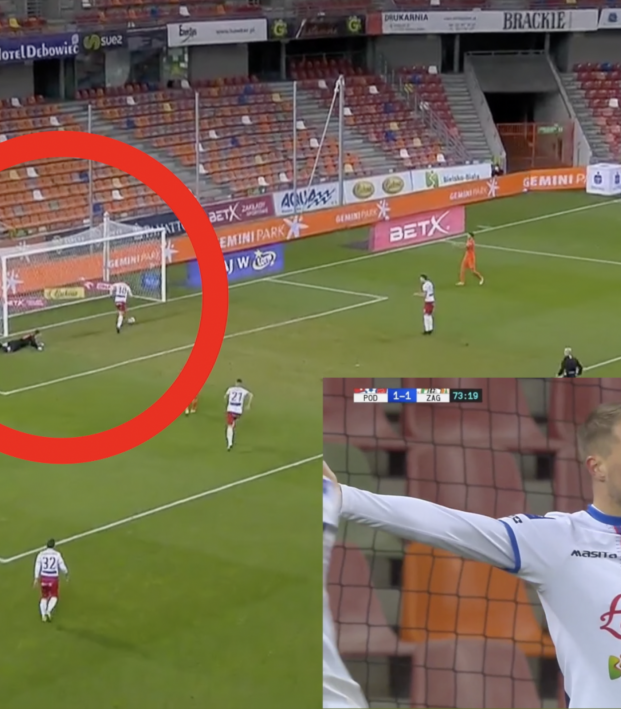 Tuesday was a day of wacky celebrations to be sure. Myrto Uzuni mocking Cristiano Ronaldo’s signature celly was absolutely ridiculous. The question is, was Uzuni’s move as dramatic as this reaction to perhaps the easiest goal ever in the Polish Ekstraklasa?

Prepare yourself for the biggest mouthful of words you will ever read. Take a deep breath in case you are reading this out loud.

Desley Ubbink stunned Zaglebie Lubin with a ludicrously easy goal to give his club Podbeskidzie Bielkso-Biala a precious three points in the Polish Ekstraklasa. If you’re still breathing, here is Ubbink tapping in a simple goal and then celebrating by raising his arms in the air as if he was Christ The Redeemer in Rio De Janeiro, Brazil.

I know scoring the go-ahead goal is exciting and all but come on now. Almost any player on the planet, with the possible exception of Timo Werner, could have scored that goal. Is it really something to be proud of? Who are you trying to impress right now, Ubbink?

The over-the-top theatrics deserved an equally excessive video edit. Here is how I imagined Ubbink envisioned the goal in his head.

A warning to those wearing headphones: this could get loud.

Mood after scoring the easiest tap-in of all time. pic.twitter.com/z9APhmin0T

Ubbink’s side was bottom of the table before his game-winning heroics. Now his team sits happily in a three-way tie for third-to-last.