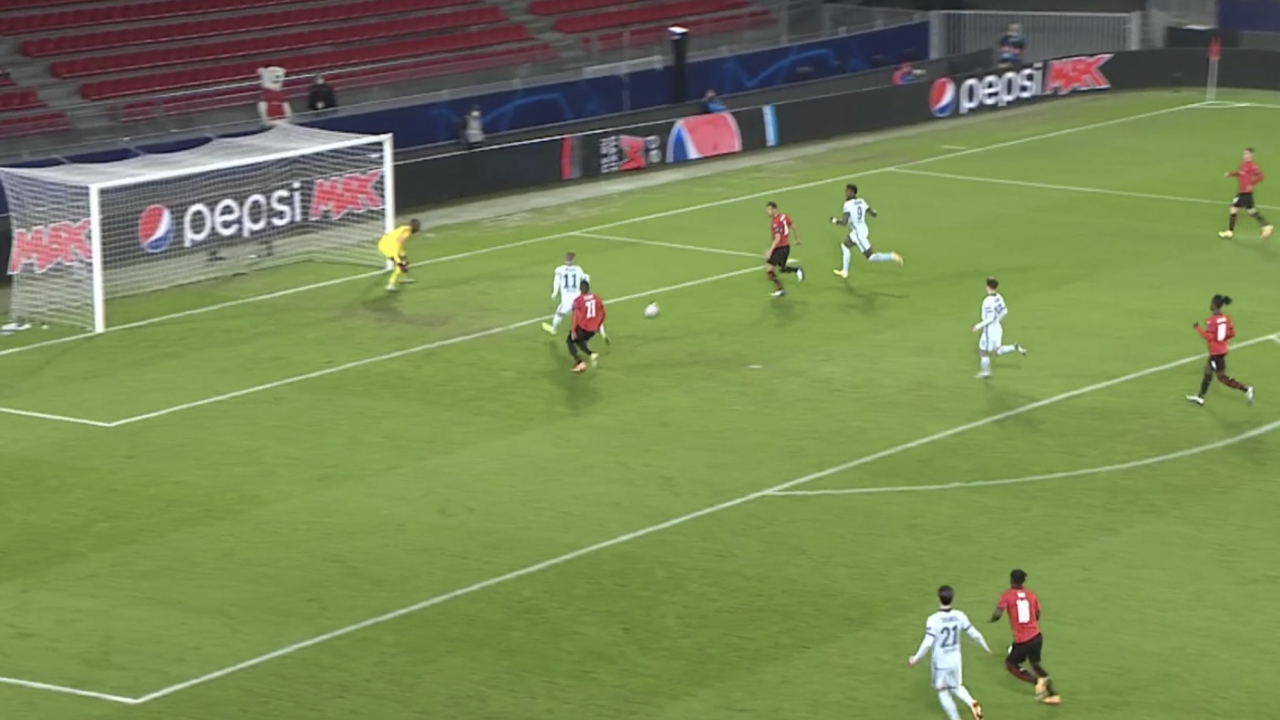 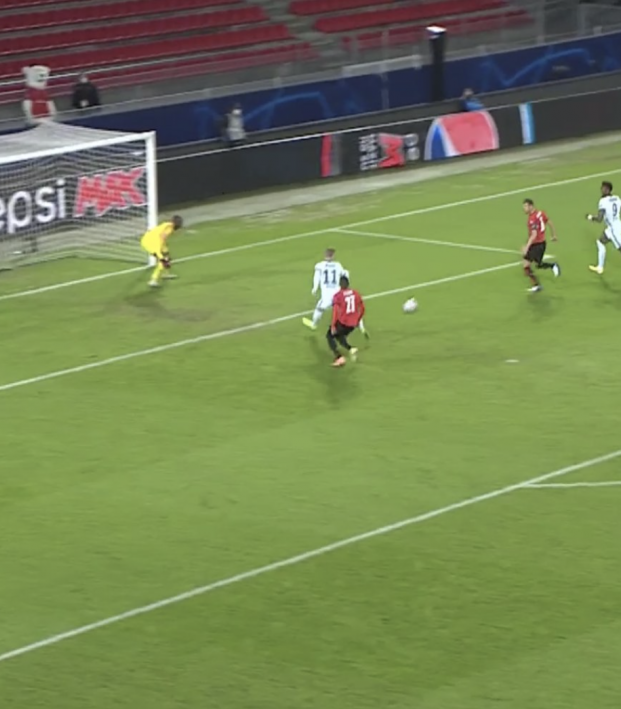 David Moore November 24, 2020
Giroud picked a hell of time to score his second goal of the season.

Chelsea became the first team to officially book a ticket for the knockout stages of the UEFA Champions League after a dramatic 2-1 victory against Rennes.

After defeating Rennes handily 20 days ago, the Blues looked to pick up right where they left off against the French underdogs. Chelsea should have taken the lead in the opening five minutes after Timo Werner had a golden opportunity. Chelsea’s $60 million man instead decided to generously give the International Space Station a souvenir.

Timo Werner won't want to watch this back. pic.twitter.com/ijTSUC5Rv5

I’m willing to guess that anyone inside the Stade de la Route de Lorient would have buried that opportunity, even that lovable bear in the stands who was so oddly amusing.

What the hell is the mascot stretching for? What he gonna do? pic.twitter.com/mzAMRGHBhq

Don’t get me too excited with that flag waving. pic.twitter.com/uUr0jLz5gs

Chelsea was all over the Ligue 1 side in the opening stages of the match and found the game’s opening goal through Callum Hudson-Odoi in the 22nd minute.

Mason Mount sets it up and Hudson-Odoi slots it home. @ChelseaFCinUSA are in the lead pic.twitter.com/4BpcpHbqa4

That ball from Mason Mount was a beauty. Chelsea went into halftime looking relatively comfortable with the one-goal lead.

Rennes wasn’t about to go quietly into the night. A barrage of corners and opportunities had Chelsea on the backfoot for the majority of the second half. Relentless Rennes endlessly gnawed and nipped at the Chelsea defense until finally the breakthrough was found off a corner in the 85th minute.

Surely Rennes had found a lifeline and earn a point. Perhaps the underdogs could even find a second goal and take all three points. This euphoria would only last six minutes as the unlikeliest of heroes would step up for Chelsea.

Olivier Giroud made only his eighth appearance of the season after replacing Tammy Abraham. After the Frenchman was put in the match in the 69th minute, he knew had to do something special.

As the clock struck 90 minutes Rennes had a game changing slapdash giveaway of possession. After scooping up the loose ball, Hakim Ziyech then slipped it through to a wide open Werner who looked to repent for his earlier sins. The German striker once again failed to convert, but one beautiful man was able to pick up the pieces.

With Sevilla also finding an extra-time winner against Krasnodar both the Spanish club and Chelsea will advance to the Round of 16.