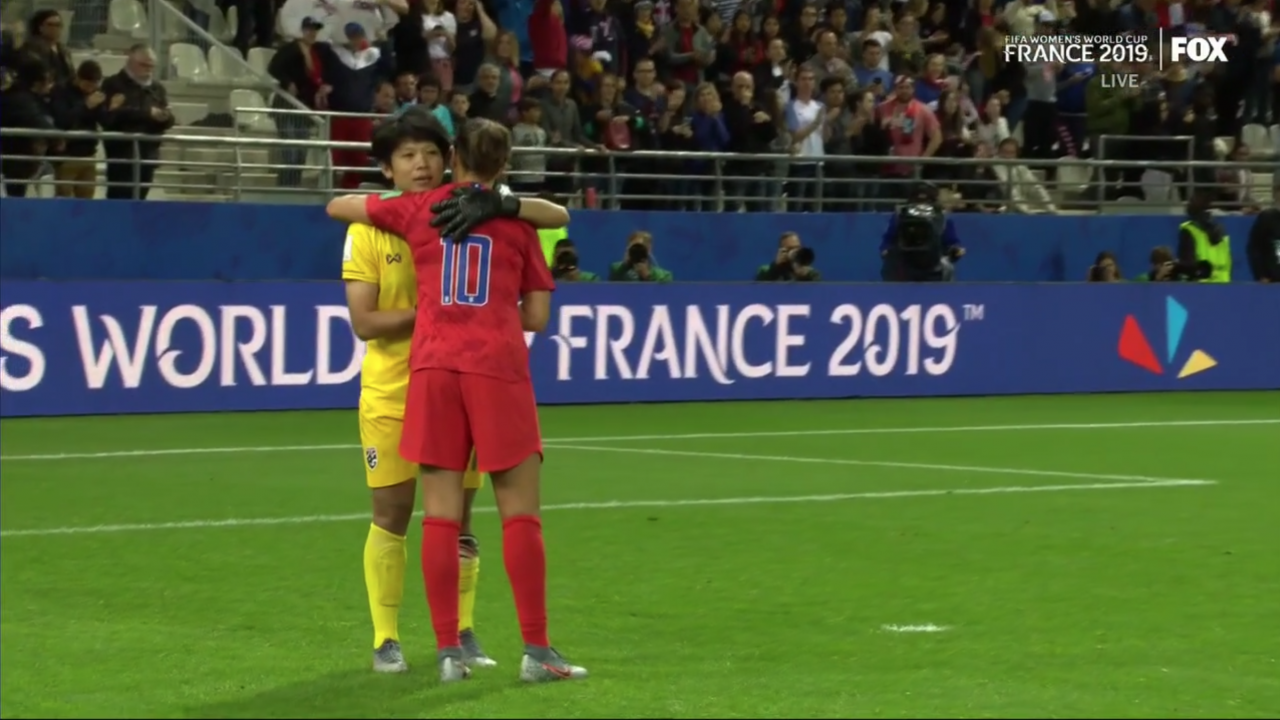 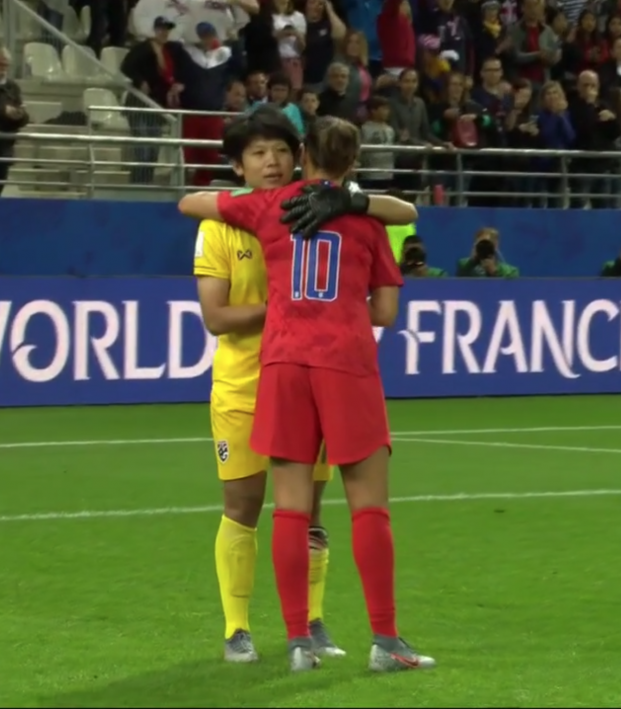 Sukanya Chor Charoenying had the worst day at the office ever for a World Cup netminder. The Thailand goalkeeper saw 13 goals fly past her as the U.S. women’s national team ran rampant in their Group F Women’s World Cup opener on Tuesday.

After the match, instead of harboring ill-will toward the team that set a record for most goals scored in a single World Cup game, Chor Charoenying was able to display graciousness, even thanking her vanquishers.

Social media spent Tuesday and Wednesday excoriating the USWNT for running up the score and celebrating too much (though The Daily Show defended the U.S.). But Chor Charoenying was not angry at the U.S. after the match. Instead, she sent a note of thanks to Carli Lloyd, who scored the 13th and final goal on Tuesday, expressing gratitude for kind words Lloyd said to her after the match.

Thanks so much, Lloyd. Your words that you told me make me strong. Keep going for this tournament and so on.firstly, I felt dispointment in worst situation but this is the biggest experience in mylife. pic.twitter.com/BdFxbc0GgW

“Thanks so much, Lloyd,” Chor Charoenying wrote. “Your words that you told me make me strong. Keep going for this tournament and so on. Firstly, I felt disappointment in worst situation but this is the biggest experience in my life.”

While we can’t say what exactly Lloyd told the Thailand goalkeeper after the match, Lloyd did respond on Twitter with more words of encouragement.

All you can do is give it your best each and every day. Keep fighting and never give up!! Still 2 more games to play.  https://t.co/pFW4wEK8Nb

That’s great sportsmanship on both sides, and hopefully it will help shut up the talk about the USWNT being bullies for winning 13-0. It won’t, but it should.