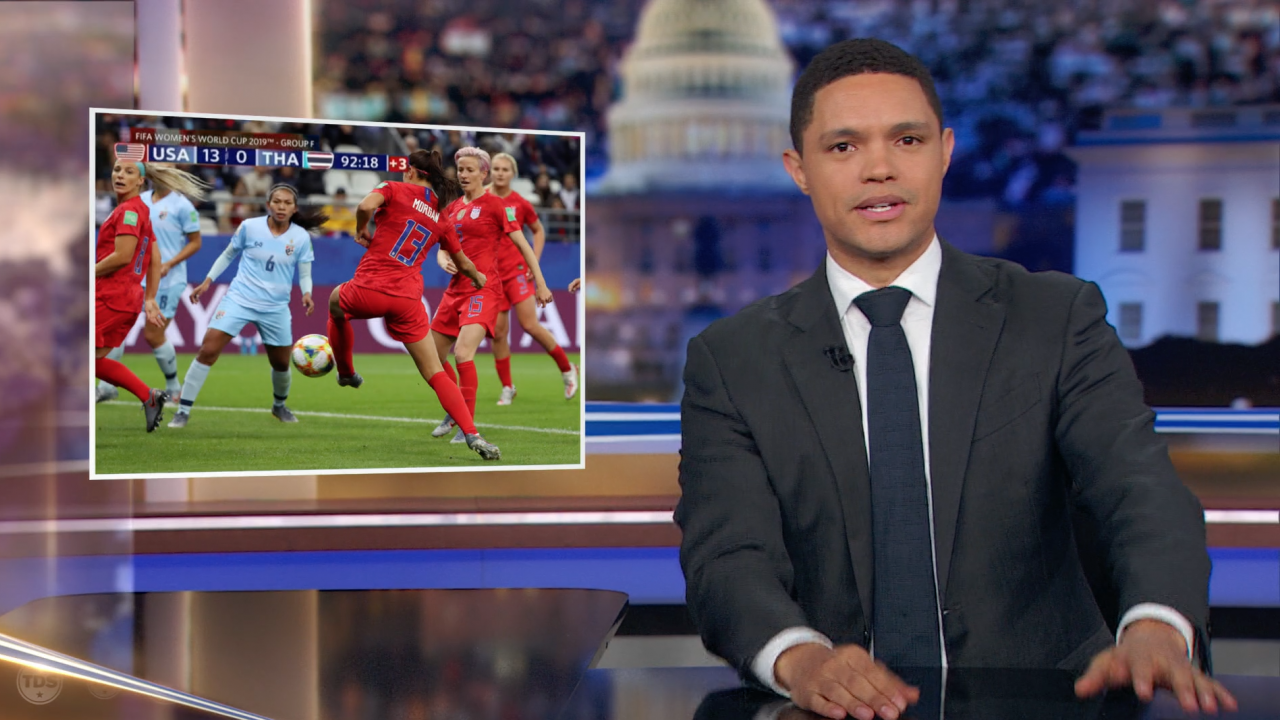 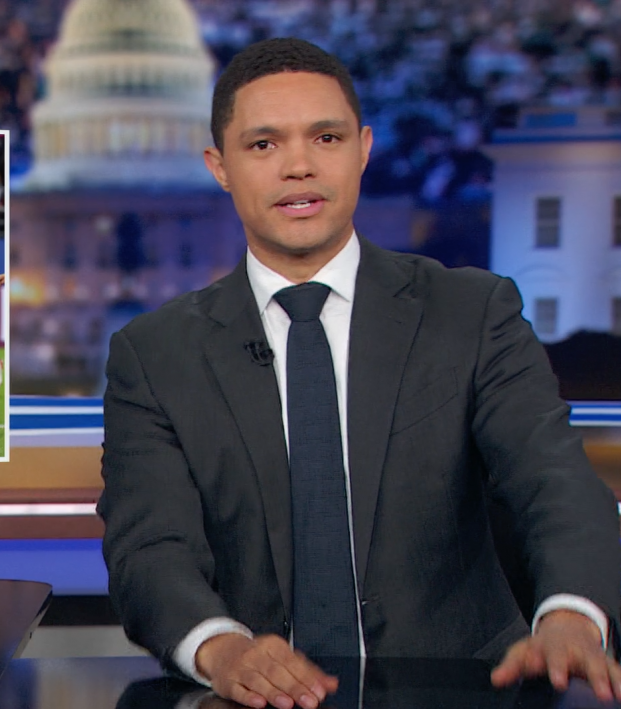 Did the U.S. women’s national team go too far in its record-setting 13-0 humiliation of Thailand on Tuesday in the Women’s World Cup?

Many have suggested as much, saying the U.S. players shouldn’t have celebrated scoring goals at the highest level of their sport.

The Daily Show With Trevor Noah, for one, has no problem with the USWNT continuing to score and rejoice, despite the fact Trevor Noah on Wednesday said: “This is the worst thing to ever happen to a Thai soccer team, and yes, I’m including the one that got stuck in a cave, because at least the cave wasn’t celebrating in front of them.”

Daily Show correspondent Desi Lydic wonderfully argued that every goal mattered because the U.S. women weren’t playing against Thailand, but the patriarchy.

Lydic hilariously explained the USWNT was playing to continue its fight for equal pay, which it certainly showed it deserves after scoring more goals in one match than the USMNT has at every World Cup since 2006 combined. Lydic even suggested that maybe the U.S. men should be paid less, since they can’t even qualify for the World Cup (and they’ve been really shit lately, like, real shit).

The Daily Show With Trevor Noah is no stranger to stepping into the world of soccer; Noah is a known soccer (and FIFA) fan. Last summer, Noah made jokes about the different types of soccer commentators during the World Cup then spoke poignantly in support of the French national team and their Africanness.

More recently, Abby Wambach was a guest on the show. The best all-time international goal scorer in soccer history also made the argument the USWNT deserves greater pay.

Maybe the the Daily Show is on to something and the USWNT actually deserves equal pay?