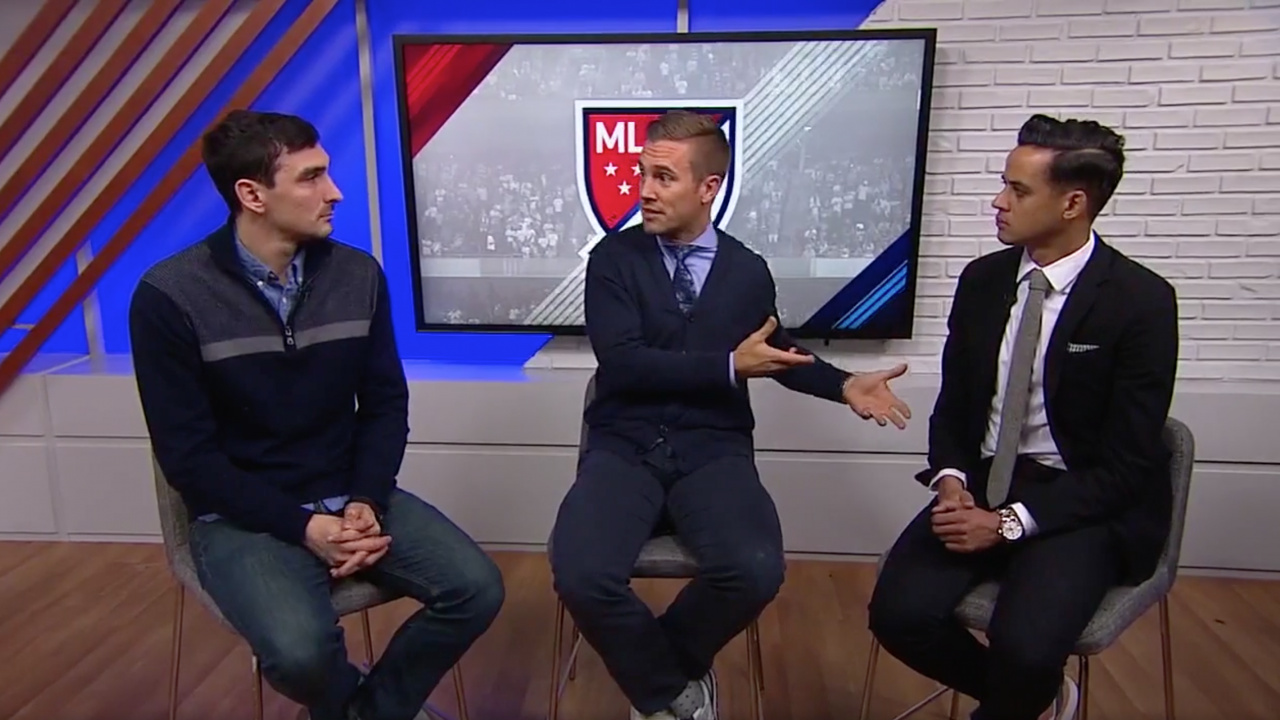 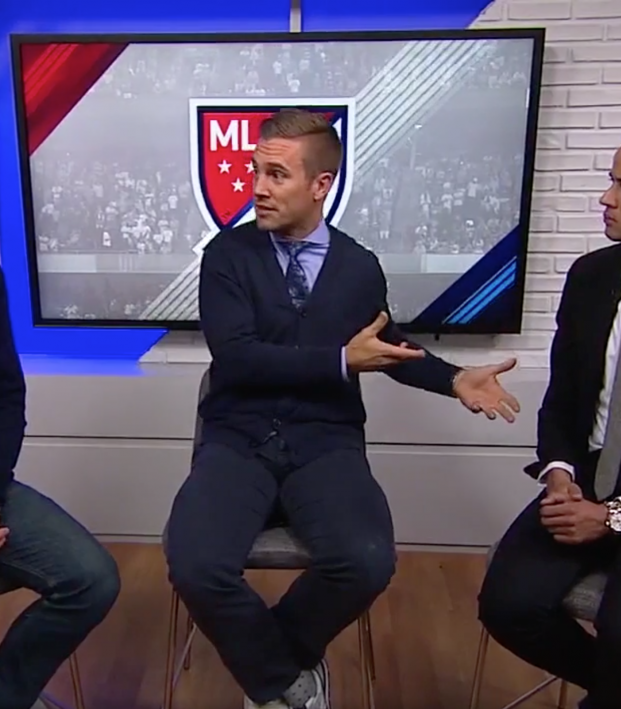 There are many who remember Taylor Twellman for being a prolific forward for the New England Revolution, winning MLS MVP honors and the Golden Boot in 2005. These days, however, most people know Twellman as “the guy who’s always yelling about soccer.”

ESPN and MLS broadcaster Taylor Twellman recently sat down with former MLS players Bobby Warshaw and Calen Carr to talk about how he went from hating the media as a player to becoming one of the most visible soccer media members in the United States in an enlightening video released by MLS on Wednesday.

Twellman is one of the most prolific goal scorers in MLS history, netting 101 times in 174 appearances to rank 10th all time. His career took a path that wasn’t unusual at his time, starting with two years of college ball at Maryland before trying to make it abroad. Twellman never broke through with 1860 Munich’s first team and returned stateside, where he joined the Revolution through the SuperDraft. He helped New England reach four MLS Cup finals (losing them all) before retiring early due to concussions in 2010 at the age of 30. (Twellman has since done a lot of charitable work to advance concussion awareness.)

In the below video, Twellman, who scored six goals in 30 USMNT appearances, discusses how he went from a striker who loathed doing media interviews to the omnipresent media member he is today, working for ESPN and MLS to grow the sport of soccer in the U.S.

As it turns out, Twellman didn’t want to go into broadcasting, but gave it a try as a favor to a friend.

He used to hate the media.

Now, @TaylorTwellman helps grow the game as one of American soccer's top broadcasters. He sat down with @bwarshaw14 & @CalenCarr to share his story in the first edition of Players Talk.  https://t.co/UxfDxwToN3

Twellman’s first broadcasting experience wasn’t exactly a work of art, as he was carried through it by Rob Stone (now with FOX). Nowadays, Twellman is ESPN’s top choice for color commentator when broadcasting U.S. matches (MLS and USMNT).

Perhaps most interesting from Twellman’s interview was when he talked about his epic rant after the USMNT was knocked out of the 2018 World Cup by Trinidad and Tobago.

Taylor Twellman talked about how he hadn’t planned to say the things he did after the T&T loss for a couple reasons. First, he (like the rest of us) never thought the U.S. would actually lose that match and fail to qualify. Second, he never uses a teleprompter and always speaks from the heart. This is, perhaps, why Twellman has become such a prominent fixture on ESPN — even hosting SportsCenter once — because you can always tell he means exactly what he says, for better or worse.

An interesting side note from that day back in 2017 was that Twellman had a “bucket-list day” of golf set up, with five rounds at three great golf courses scheduled the day after the USMNT loss. Sadly, he had to cancel it to appear on ESPN all day, where he delivered yet another rant.

Also in the interview, Taylor Twellman discusses how he views his role with ESPN and MLS. More than just being a post-playing career as a broadcaster, Twellman sees it as his duty to grow the sport of soccer in the U.S. It’s why he works extra to produce MLS Rewind each week, calling it a “duty” that he owes to the sport.

Like him or hate him, Taylor Twellman is a prominent figure in U.S. soccer. He’s grown as a broadcaster and is more than just the USMNT rant guy.