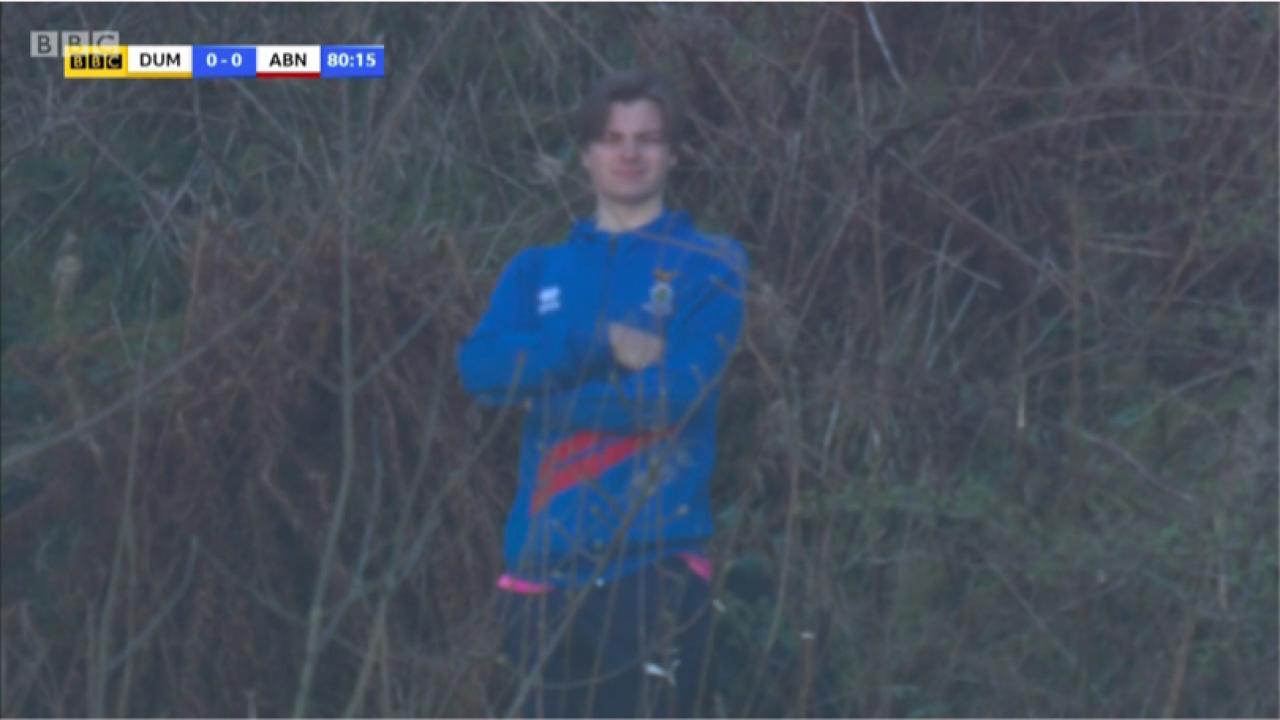 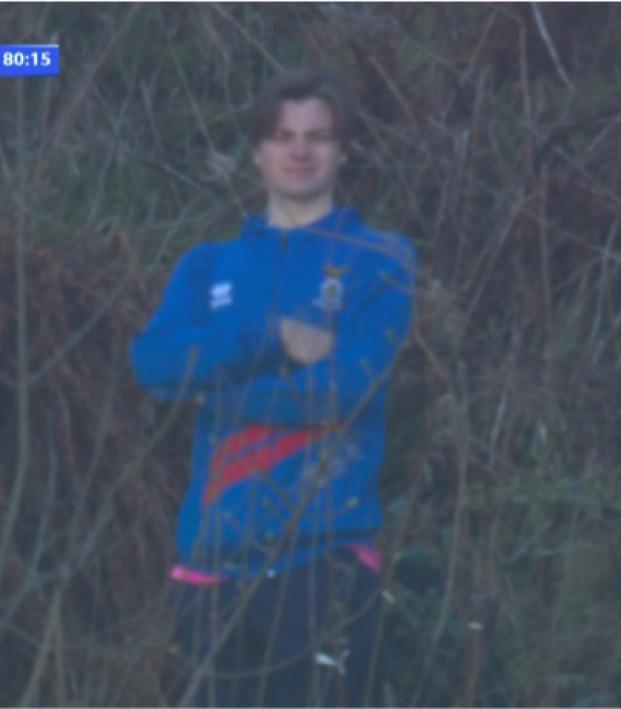 For all the wacky, zany, unexpected occurrences that have happened over the years in Scottish football (and there have been plenty), most of them have at least had a logical explanation.

The automated match camera that confused the referee's bald head for the ball? Completely improbable — but the deductive reasoning makes sense.

The commentator that was fired because he missed the start of the second half because he was on the can (and then proceeded to talk about it on air)? Hey, we've all had some inopportune toilet troubles before.

But this most recent episode? I'll admit it, I'm stumped:

Guy with a Caley Thistle trackie on, halfway up Dumbarton Castle whilst watching Dumbarton take on Aberdeen. Which one of you is it, then? from r/ScottishFootball

For reference, here is Dumbarton Rock — on which Dumbarton Castle stands — in relation to the city's football stadium:

While the exact position of the lad in the tracksuit is unknown, he definitely had a decent climb up the hillside (240 feet at its peak) to get a view of the match (played without fans) over the grandstand.

Fittingly, the ground is nicknamed "The Rock," which is about as good as it gets in terms of stadium monikers. But the nickname is just about the only thing that makes sense in this situation.

Caley Thistle, short for Inverness Caledonian Thistle, plays in the Scottish second tier and is located a full three-and-a-half hour drive away from Dumbarton's C&G Systems stadium — with the former situated in the Highlands of northern Scotland and the latter located just northwest of Glasgow.

To add to the confusion, Inverness Caledonian Thistle also participated in a Scottish Cup game the previous evening against rivals Ross County, another club in the Scottish Highlands, meaning that there is no rational reason for a Caley fan to be at a match nearly 200 miles away less than 24 hours after his team played.

Some keen redditors have even indicated that the individual in question is wearing the current Inverness away kit under the track top, which may suggest we have encountered a rare Caley Thistle superfan. 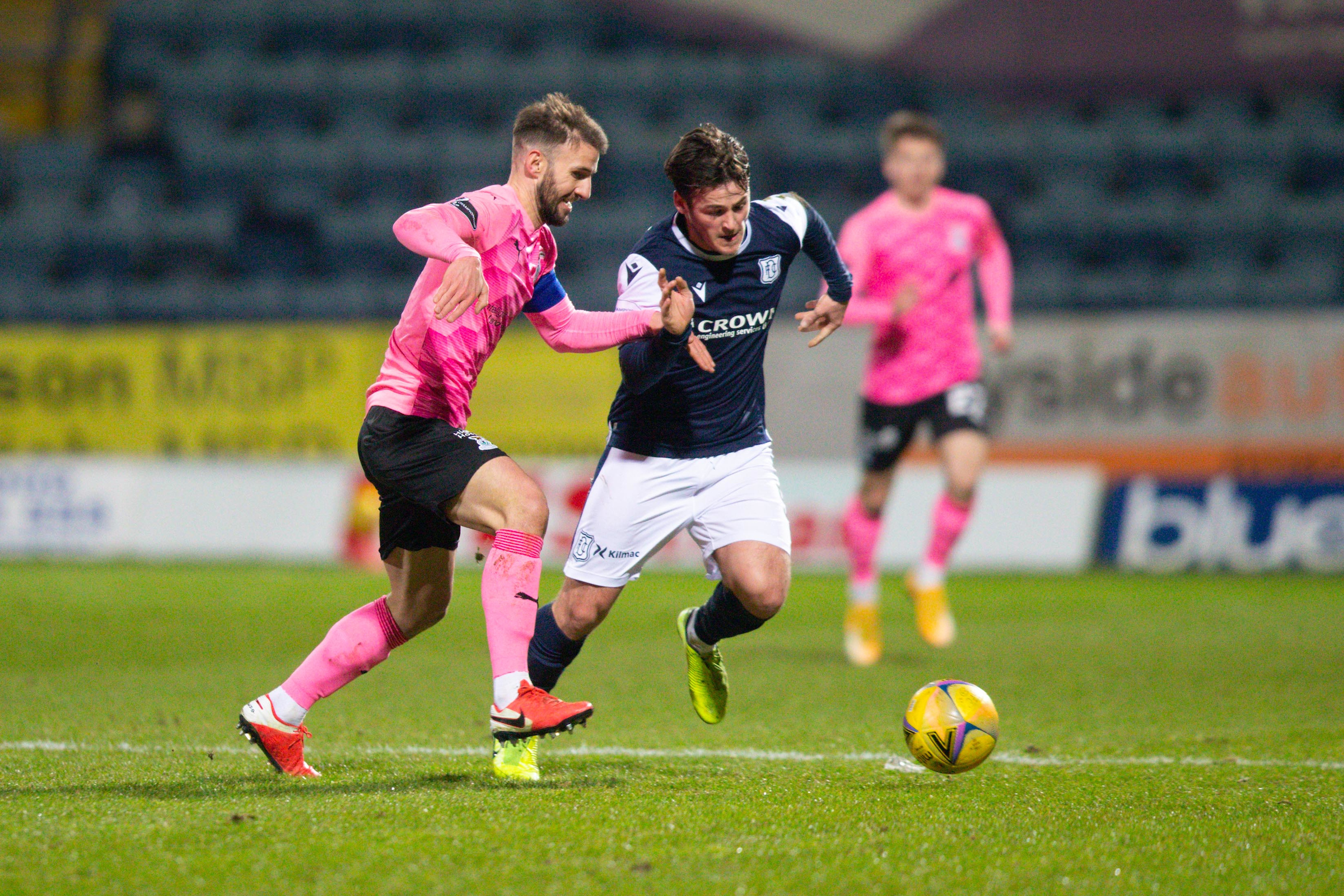 Caley Thistle Away Kit 20/21. Via Dundee Football Club on Twitter

The only other possible connection is that Caley Thistle and Aberdeen are rivals — which started back in 2004 when the two clubs were temporarily sharing Aberdeen's Pittodrie Stadium.

But traveling half the length of Scotland to stand in the thickets on the side of a giant rock to watch a rival play a cup tie against a team in the relegation zone of the Scottish third tier — that's borderline maniacal.

As one reddit user said: "He looks rather pleased with himself considering he's watching Dumbarton from some bushes."

Dumbarton, ninth in Scottish League One (third tier), ended up losing to Scottish Premiership side Aberdeen 1-0 thanks to a late Callum Hendry goal for Aberdeen. The Premiership club also had 82 percent possession in an incredibly one-sided match, meaning our track-suited friend probably picked the wrong match to attend.

But he's happy with himself, and that's all that matters.