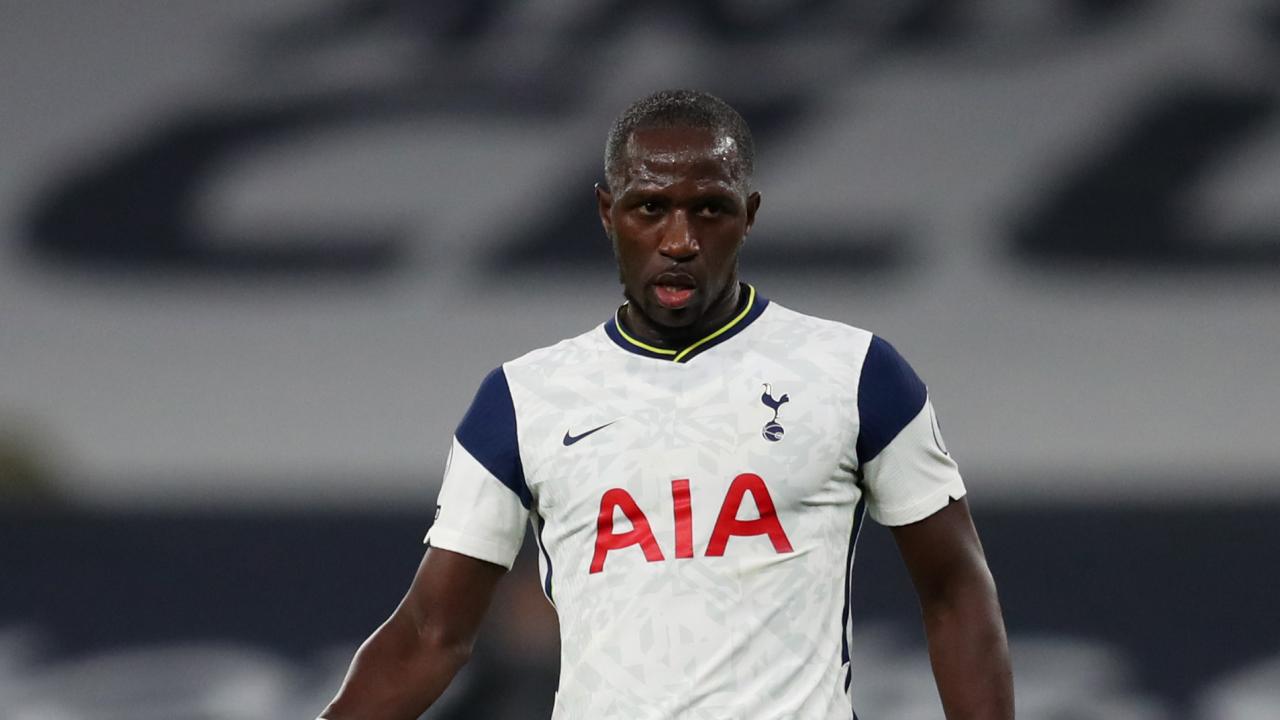 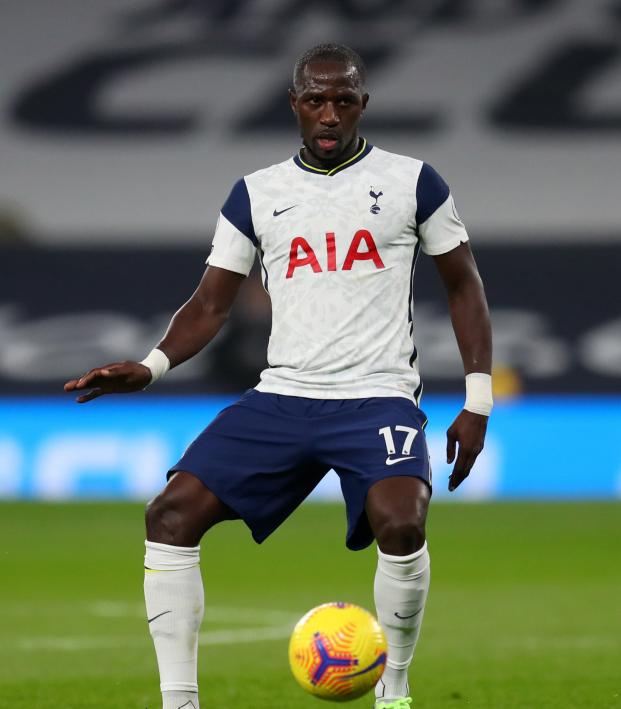 Over the decades since the first edition was released, EA Sports has crafted the FIFA series into the most realistic soccer video game available. The accuracy with which players are recreated in game highlights the age-old EA Sports motto: “If it’s in the game; it’s in the game.”

Similarly, players like Cristiano Ronaldo, Lionel Messi and Neymar move just like their real-life counterparts — CR7 karate chops his way down the pitch, Messi glides effortlessly over the turf and Neymar’s on the ground asking for a foul. All the best players have accurate representations of themselves in the game. Kylian Mbappé can race away from defenders; Virgil van Dijk uses his long strides to catch up with any attacker.

But every year there are a few players who slip through the cracks. Whether through some quirk of mechanics or EA’s statisticians plugging in inaccurate data for the dozens of attributes, each FIFA has players who are either way better or way worse than their real-life counterparts.

In Ultimate Team, overrated and underrated FUT players are a huge part of the meta. Players are always searching for a steal, cards who play much better than the overall rating (and price) suggests. At the same time, they’re looking to avoid those players who aren’t worth the price their overall rating implies.

Here are a few of the biggest offenders in FIFA 21. Before we start, there are a few things to keep in mind. First, FUT players always overvalue speed and physicality over any other attribute. Additionally, we only look at base ratings and no special cards like TotW and definitely no icons, which are mostly a dumb cash grab. And to be clear, we’re not talking specifically about numerical ratings, but how the players actually perform on the pitch and are used by the community.

You’re going to notice a theme with underrated players, and it starts with Bernardo Silva. The Portuguese winger is a magician on the ball, can pick out passes few can even envision and has a pretty decent shot on him when he gets into the box.

But you’ll hardly ever see anyone using the Man City winger in FUT because all anyone cares about is speed.

Silva is quick with 85 acceleration, but a 78 sprint speed prevents most players from utilizing him as a winger or midfielder, especially when you add in 67 physical. It’s a shame, really, because he’s such a talent in real life, as his 87 overall rating indicates.

Thiago is one of the most delightful midfielders in the world to watch. The Spanish midfielder strokes the ball around the pitch with almost unreal precision, like a perfectly weighted Peyton Manning touchdown pass.

Unfortunately, his marvelous touch doesn’t come across in FIFA 21. While Thiago has 90 dribbling and 85 passing, his physical traits (64 pace, 62 physical) prevent him from being as useful as he should be. Countless central midfielders are similarly shunned in the FUT meta for a lack of pace, while those with above-average speed are way overpriced.

I’m not going to sit here and tell you Benzema’s 89 rating is too high, but I will say he’s way too cheap in FUT for his real-life quality.

Benzema has done nothing but score goals for Real Madrid since 2009 (more than 250 and counting). He’s quick (74 pace isn’t too bad but belies his ability to pounce on any opportunity), strong, useful in the buildup, great at holding up the ball and is one of the game’s best finishers in recent memory. And yet you can buy him on FUT for about half what Robert Lewandowski (91) or Pierre-Emerick Aubameyang (87) costs or a fraction of what Cristiano Ronaldo (92) or Kylian Mbappé (90) will run you.

This despite the fact he’s far and away the best pure striker in LaLiga right now, linking well with LaLiga and French players.

Center backs are typically commanding presences on the pitch. They’re bigger and stronger than just about anyone else in football and they often rely on their brains more than their speed. There’s a reason Per Mertesacker is a World Cup winner but couldn’t beat a 10-year-old in a foot race.

Alas, slow defenders are forgotten from FUT faster than Antoine Griezmann’s haircut, and Shakira’s beau is arguably the most ignored great defender in the game.

While Piqué still costs a fair amount (he’s an 86 after all), you’ll rarely match up against him in game and the reason is clear: a meek 57 pace. Sure, Piqué has lost a step or two over the years, but one thing FIFA has struggled with recently is ensuring slower, stronger players are just as effective as fast players.

Speed can cover a lot of cracks in a player’s abilities, but similarly defensive acumen can make up for a lack of pace on the pitch. One day, EA Sports will realize this.

I’ll be honest, Sissoko is the whole reason I wrote this article. I was tired of playing against Sissoko in FUT and then watching him on the weekends and wondering how these two were supposed to be the same person.

While Sissoko’s 79 overall rating is indicative of his real-life quality, his individual stats explain why he’s such a popular choice in FUT: 78 pace, 77 passing, 78 dribbling, 77 defense and 89 physical.

You will not find a more-expensive 83-rated player in FIFA 21, and it’s not just because he’s an English center back on Liverpool.

Gomez is a good center back, don’t get me wrong. In fact, I think his 83 rating might be a bit low. But the reason he costs five times that of most 85-87-rated CBs comes down to the one thing FUT players covet most: Speed.

Gomez’s 85 sprint speed makes him nearly an end-game-level CB. The fact he sells for more than 10 times what his fellow Liverpool center back Joel Matip goes for despite both being rated 83 tells you everything you need to know.

(Fullbacks have similar issues as center backs but less so because speedy fullbacks are a huge part of the game right now. That said, Ferland Mendy plays like an absolute monster in FUT 21, but has yet to show that ability consistently in real life. Conversely, Alphonso Davies needs a much higher rating than the 81 he was given, as he is a much better attacker and defender in real life than his FUT counterpart.)

With a 79 overall rating, I think FIFA actually underrates Traoré. He’s an above-average footballer who can dominate games, even if he’s just as likely to disappear like a Wolverhampton Mesut Özil.

Regardless, you’ll see Traoré in a large portion of Premier League-centric FUT teams despite his low overall rating.

Why? He’s one of the fastest players in the game. Add in 80 physical (including 86 strength) and he can plow past or through just about any defender.

The Spanish winger is beloved in FUT for his speed, with gamers rarely caring about his underrated passing (68) — though his shooting (66) is probably spot on given his inability to finish in front of goal.

Let’s be clear, no one actually uses Jordan Henderson in FUT unless they’re massive Liverpool homers. His 65 pace (again, it’s all about speed) prevents him from being utilized in most cases.

But I just wanted to add him here because his 86 overall rating is way too high for his skillset, even though I was basing this entirely on how they play in FIFA, not their given ratings. Yes, Henderson is important to Liverpool as the club captain, but his individual attributes don’t equate to an 86 rating (65 pace, 79 dribbling, 74 shot, 84 passing, 81 defense, 82 physical).

Others who fall into this overrated category: Just Hendo and David Beckham. I know I said I wouldn’t include special cards, but EA gave everyone an 86-rated Real Madrid-era Becks and he’s way better in game than he ever was in Real or even Manchester United.