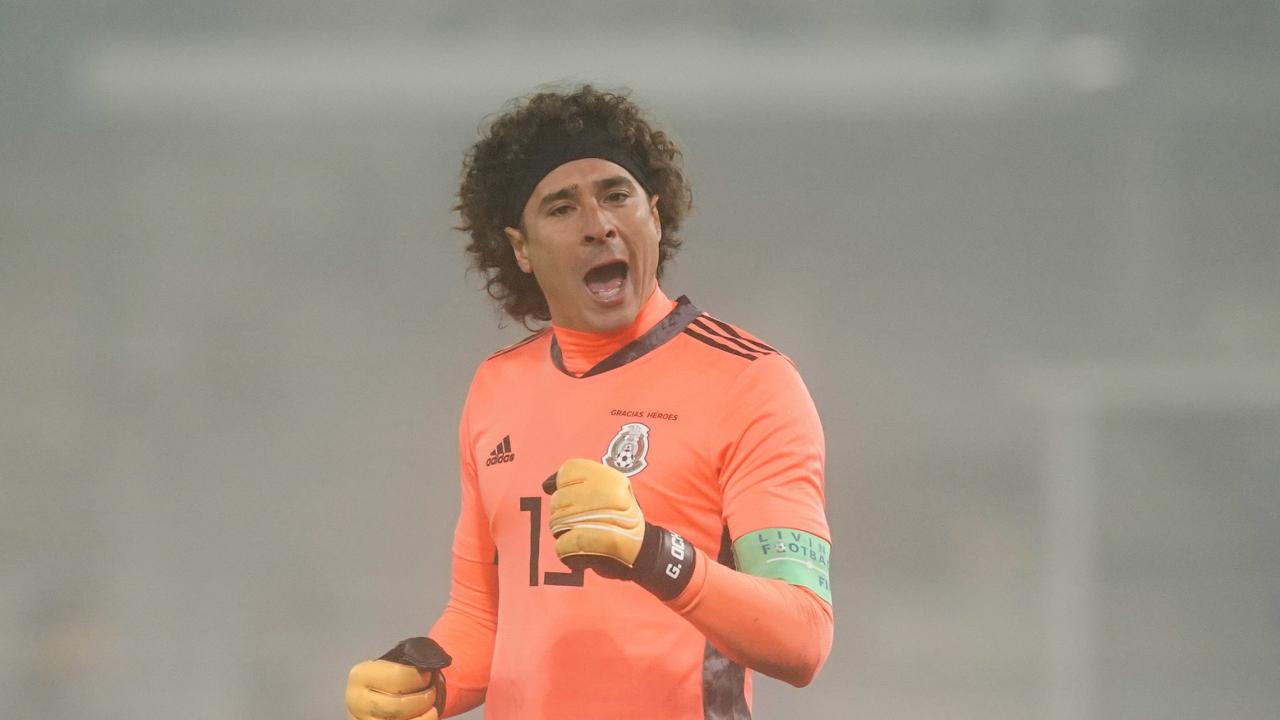 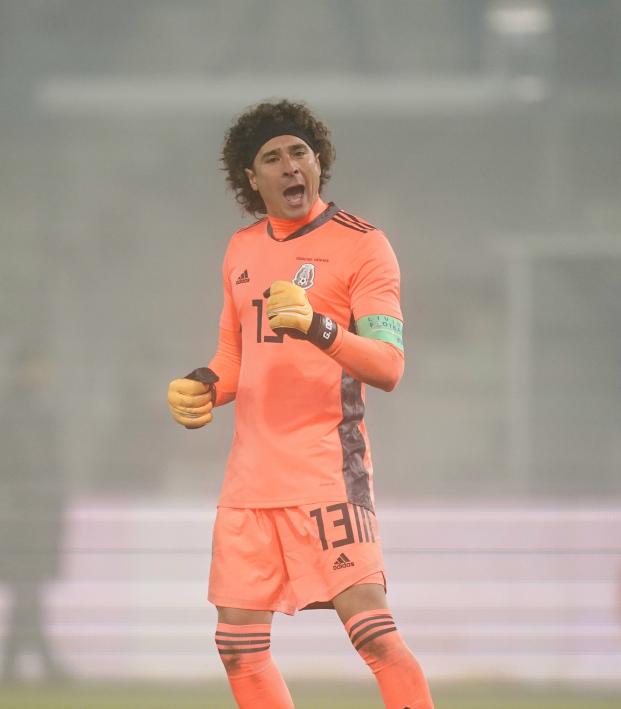 Men’s Olympic soccer is a weird experience. Not quite a major international as it is on the women’s side and not quite a full youth competition, the result is a bizarre amalgamation of young and old players on the 16 national team rosters. So before you wake up at 4 a.m. and wonder who in the holy name of Ted Lasso are these blokes running around in Japan, here’s a guide for the weird and notable over-age Olympic soccer players to watch this summer.

When women’s soccer begins play at the Tokyo Olympics this week, most of the game’s biggest stars will be there: Alex Morgan, Christine Sinclair, Marta, Sam Kerr, Lucy Bronze. With no age restrictions, the top players all turn out, because in WoSo the Olympics are second only to the World Cup. On the men’s side, Olympic soccer takes second stage to competitions like the Euros, Copa América, Gold Cup and Champions League, and FIFA and the International Olympic Committee have come to a compromise to make it a U-23 competition — with three exceptions. Each nation is allowed three over-age Olympic soccer players; for this tournament that’s players born before Jan. 1, 1997. (For more on the age rules, click here.)

Different countries approach the over-age players differently. For some, it’s an opportunity to let a veteran presence lead the young guns. For others, it’s an excuse to put their best players on the team. And then there are those who just ignore the exception altogether.

Here are the most interesting over-age Olympic soccer players competing at the 2020 Tokyo Games.

There is perhaps no finer example of weird, bizarre roster selections for the Olympics than Tigres legend André-Pierre Gignac. The 6-2 striker had a decent career in France with Toulouse and Marseille before moving to Mexico and becoming UANL’s all-time leading goal scorer.

The 35-year-old Gignac has made 36 appearances for the senior national team, scoring seven goals, but hasn’t played for France since the 2016 Euros. (Fun fact: His first France goal was set up by Florent Malouda, who went on to become French Guiana’s most famous player.)

Like a decent French wine, Gignac has aged quite decently, so count on him to do some decent stuff in Tokyo.

When Maya Yoshida was chosen to captain the Samurai Blue at the 2020 Olympics, it was clear the host nation wasn’t just competing to fill out the numbers, this was a roster selection made with winning in mind. After all, Japan’s senior head coach Hajime Moriyasu is leading this squad.

Yoshida, 32, is one of Japan’s most recognizable players globally, having spent much of his career with Southampton. The current Sampdoria center back is a veteran of two World Cups, having racked up 107 caps.

Along with former Marseille right back Hiroki Sakai (31) and Stuttgart’s Wataru Endo (28), Moriyasu has crafted a strong roster. Throw in exciting winger Takefusa Kubo, currently on the books at Real Madrid, and it’s not hard to envision the Samurai Blue making it out of a tough Group A with France, Mexico and South Africa.

OK, we have to go back to France now because why include one journeyman Frenchman playing in Mexico to your over-age roster when you can add two? I assume that’s why Thauvin will be joining Les Bleus in Japan this summer. Thauvin, 28, joined Gignac at Tigres in May after spending time at Grenoble, Bastia, Marseille and Newcastle United.

A player who can dazzle at times and frustrate at others, Thauvin is in fact the only men’s World Cup winner competing for gold this summer. Though he’s only scored once for the French national team (it was a worldie), he could help Les Bleus to their first Olympic gold medal since 1984.

Memo Ochoa is an icon in Mexico and it’s great to see him included on this squad. The 36-year-old has 114 caps and is one of El Tri’s most trusted keepers of all time.

Ochoa got his first taste of playing for Mexico at the 2004 Olympics in Greece, though he didn’t play. A veteran of numerous World Cups, Copa Américas and Gold Cups, Ochoa became a household name at the 2014 World Cup when he shut out Neymar and Brazil in a 0-0 draw.

Though Ochoa never really broke through with a top club in Europe, he is the perfect leader for a young crop of talent coming through the ranks in Mexico. If he can keep guys like Diego Lainez focused, Mexico could add another soccer medal after winning gold in 2012.

Romania chose to take just one over-age player and the reasoning is pretty obvious. Florin Ștefan, a 25-year-old left back, is currently a free agent, so I guess now’s as good a time as any to play some soccer with the kids in Japan.

Romania could have had a really fun roster. The Tricolorii qualified by reaching the semifinals of the 2019 Euro U-21 championship, led by George Pușcaș and Ianis Hagi. Pușcaș, who made his Inter Milan debut at 19, finished second in the Golden Boot race and currently plays for Reading. Hagi, son of Romanian icon Gheorghe Hagi, is currently an exciting attacker for Rangers in Scotland. Both are eligible, but neither will be competing in Tokyo this summer.

Instead, we get Ștefan.

Let’s be honest, New Zealand wouldn’t be here if Australia hadn’t left the OFC and given the Kiwis with an easy route to the Olympics every year (except in 2016 when they were disqualified for using an ineligible player).

Regardless of how they got there, the All Whites (or OlyWhites for the U-23 side) have three veterans fans in the U.S. will recognize. Winston Reid, 33, has made more than 200 appearances with West Ham and last season helped Brentford gain promotion to the Premier League. Chris Wood, 29, is New Zealand’s second all-time leading scorer and has bounced around nearly a dozen different clubs in England. And 32-year-old Michael Boxall played college ball in the U.S. and has spent a lot of his career in MLS, currently plying his trade for Minnesota United.

Those three over-age players give New Zealand a fantastic spine, and drawn into by far the easiest group, they could be the reason the Kiwis go home early in the knockout round instead of the group stage.

We probably could have targeted this story for SEO purposes to people wondering if Mohamed Salah is playing for Egypt in the Olympics. He is not.

Instead we’ve got Ahmed Hegazi, a towering 6-4 center back who has played in England and Italy. Premier League fans will remember him from his West Brom days, and no doubt Hegazi will need some of that experience to help Egypt navigate a group with Spain, Argentina and Australia.

Back around 2007-09, I spent a boatload of hours playing FIFA career mode with Werder Bremen, where Max Kruse was coming through the ranks. That team was low-key loaded with the likes of Per Mertesacker, Mesut Özil, Claudio Pizarro, Torsten Frings, Naldo, Sebastian Prödl and Hugo Almeida.

Kruse has played 14 times for Die Mannschaft (he even scored against the U.S. in a 2013 friendly), but he has never played in a major-ish international tournament with Germany. With that in mind, I’m personally happy to see Kruse get his shot as the old man on Stefan Kuntz’s team.

Few African nations have the history of producing elite-level talent like Ivory Coast, from Didier Drogba to the Touré brothers. Max Gradel would never be mistaken for one of those elite talents, but I’m still fascinated by his inclusion on the Olympic roster.

Gradel is the definition of a journeyman, having started his pro career at Leicester City. He’s played for Bournemouth, Leeds, Saint-Étienne, Bournemouth again, Toulouse and now Sivasspor. He’s got 86 caps for the senior national team, so we’ll see if that experience helps the Éléphants make some noise in Japan. With teammates like Eric Bailly, Franck Kessie and Amad Diallo, at the very least Ivory Coast should be fun to watch.

If it feels like Dani Alves has been around forever, it’s because he’s been playing professionally since before many of his teammates and competitors were even born. At 38, Alves is the oldest player in the men’s Olympic soccer tournament (though compatriot Formiga, 43, has him beat for oldest footballer in Japan). He’ll hope that old-man strength helps him out on a squad that is probably the most talented in the competition.

Few Olympians (on the men’s side) can come close to Alves’ trophy cabinet. He’s won three Champions League, six LaLiga, one Serie A, two Ligue 1, two Copa América and two Confederations Cup trophies throughout his illustrious career. Can he add a gold medal?