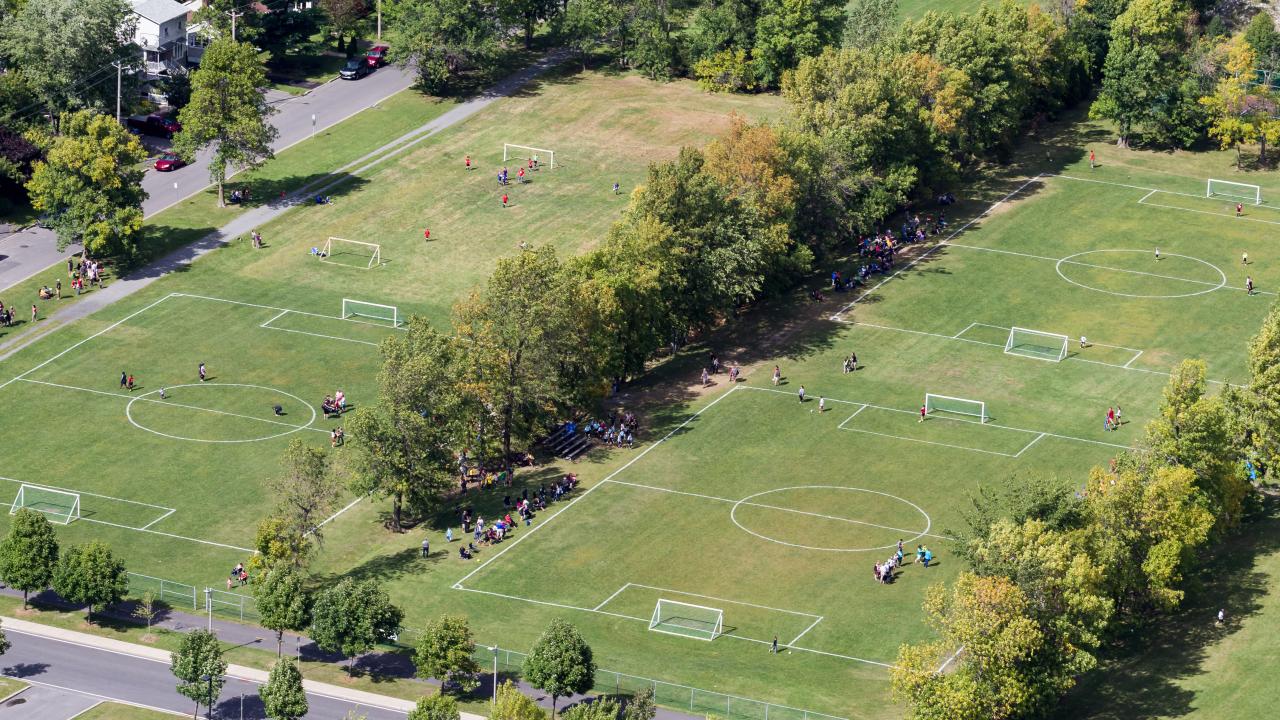 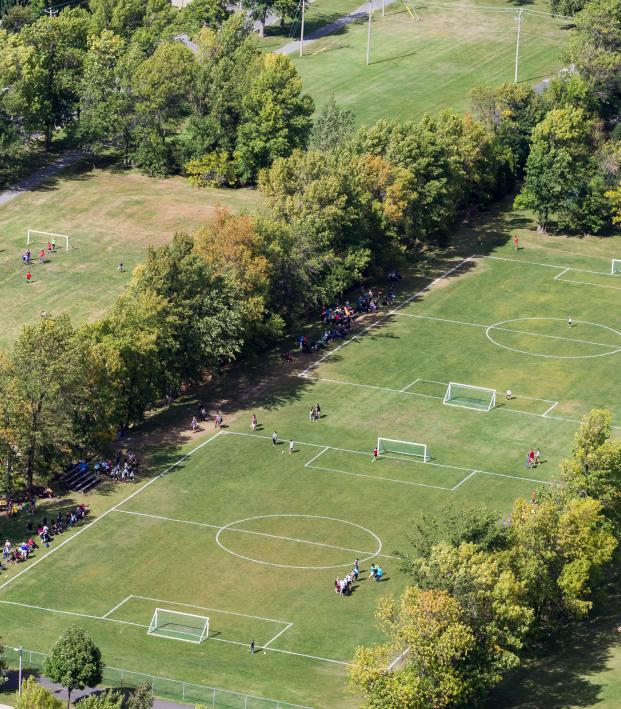 No More Excuses: A Shortage Of Quality Fields Is What's Really Holding Back American Soccer

When I think of amateur football in England, my mind always harkens back to the classic photo of Hackney Marshes in London, its grassy landscape divided into a myriad of soccer fields (88 to be exact). The country never seems to have a shortage of pitches — something that is far from true in the United States.

The U.S. lacks the dedicated footballing infrastructure the UK has, and it is the main reason soccer in the States lags beyond the rest of the world. 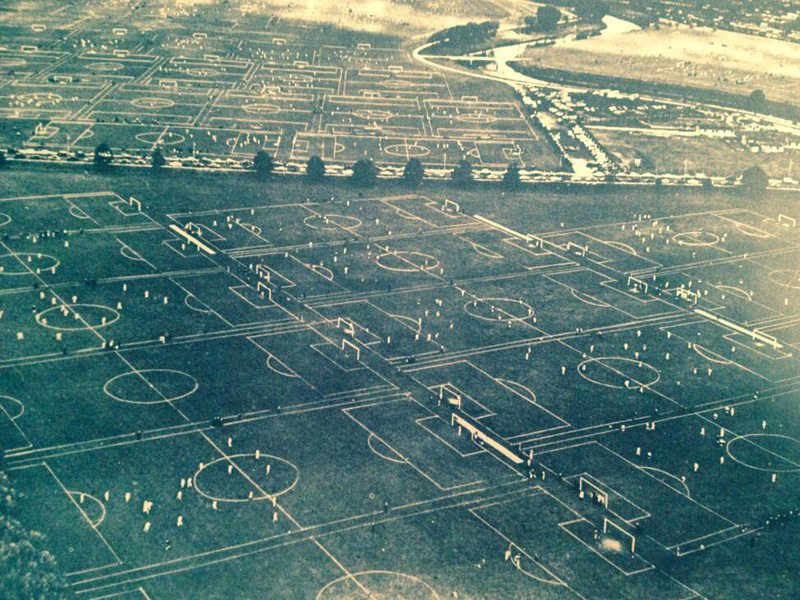 The Soccer Fields of Hackney Marshes, 1951. Via Life Beyond Sport.

I can't speak to the quantity or quality of soccer pitches in England, nor to the soccer field situation across America — only my local experiences. And through my experiences with soccer in the United States, I have found a shortage of soccer pitches and a dire lack of quality grass fields.

In my suburban town of around 50,000, there are four turf fields — three have soccer lines and one is soccer-specific. They represent the only three publically available, full-size soccer fields within the city limits.

Until a few years ago, none of the three soccer fields had turf conducive to playing soccer. Two were grass while the other had football turf. All three now have turf that is at the very least soccer friendly (that is, unless you're a goalkeeper).

Fields with artificial surfaces are useful in colder states where grass fields are usually unplayable well into the spring. The issue then becomes the allocation of field time.

This change has provided more practice space for soccer teams, but now turf fields are shared with football, lacrosse, field hockey, track and ultimate frisbee teams — among other sports — with a different set of lines in the grass for each competition. Meanwhile, youth soccer teams are often forced to practice four or more to a field. 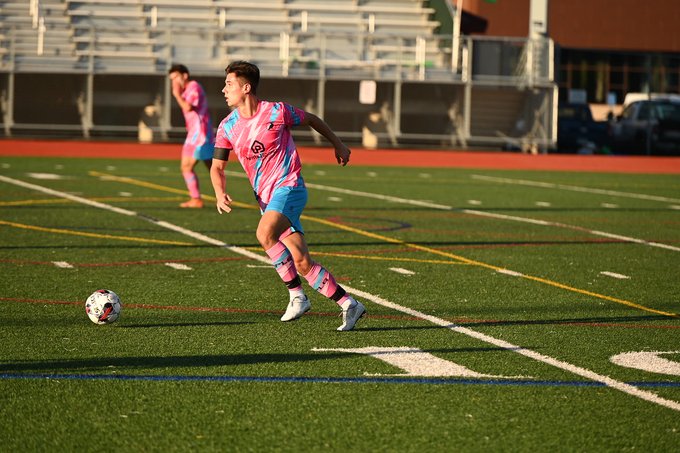 How many sets of lines can you count on this field? Via Minneapolis SC on Twitter.

The fields in my town are perennially occupied except during school hours, and during the intervals when the pitch is void of scheduled practices or games, it becomes an informal confluence for adult soccer players from across the entire metro area. This ranges from a few friends taking shots on goal to full-field pick-up matches complete with pinnies and substitutions.

These folks arrive in droves, often driving 20 or 25 minutes just to find an open field. This pattern has only started since the artificial turf was installed in 2019. It is an enjoyable and welcoming environment; unfortunately, the field is overcrowded.

The game is growing faster than fields can be built.

In my area, if kids are lucky, their soccer club will have a dedicated facility with numerous fields — some of them may even be well-groomed. If not, it usually means a season of irregular practices at a rotating list of fields of subpar quality.

If the U.S. Soccer Federation is serious about growing the game and improving the quality of players it is producing, it needs to start at the grassroots level, i.e. building more and better soccer fields.

This is how Iceland went from an afterthought to qualifying for the European Championships and World Cup. Beginning in 2000, the country built a network of heated indoor and outdoor fields, as well as 150 mini-fields at schools. Within two decades, the country was as high as 17th in the FIFA world rankings.

Iceland's situation is unique, as the harsh subarctic climate prevents people from playing soccer outside for the majority of the year, thus necessitating special indoor pitches for players to stay in shape year-round

The European nation built one field for 13,000 citizens, in addition to its existing fields, a rate that is likely unattainable here in the U.S., but the the USSF can follow the Icelandic blueprint for success.

Having more fields increases access to the sport and lets athletes train under better conditions. No longer will kids have to deal with the exaggerated bounces of the ball on football turf, slog through a torn-up grass field or contest with over-populated pitches. These fields will contain quality grass and, when necessary, soccer-specific turf.

For years, solutions to America's soccer struggles have been thrown around — recruiting better athletes, improving the quality of domestic professional leagues and setting up better scouting systems. All of these are necessary, but they will only begin by having an upgraded base of fields to work from.