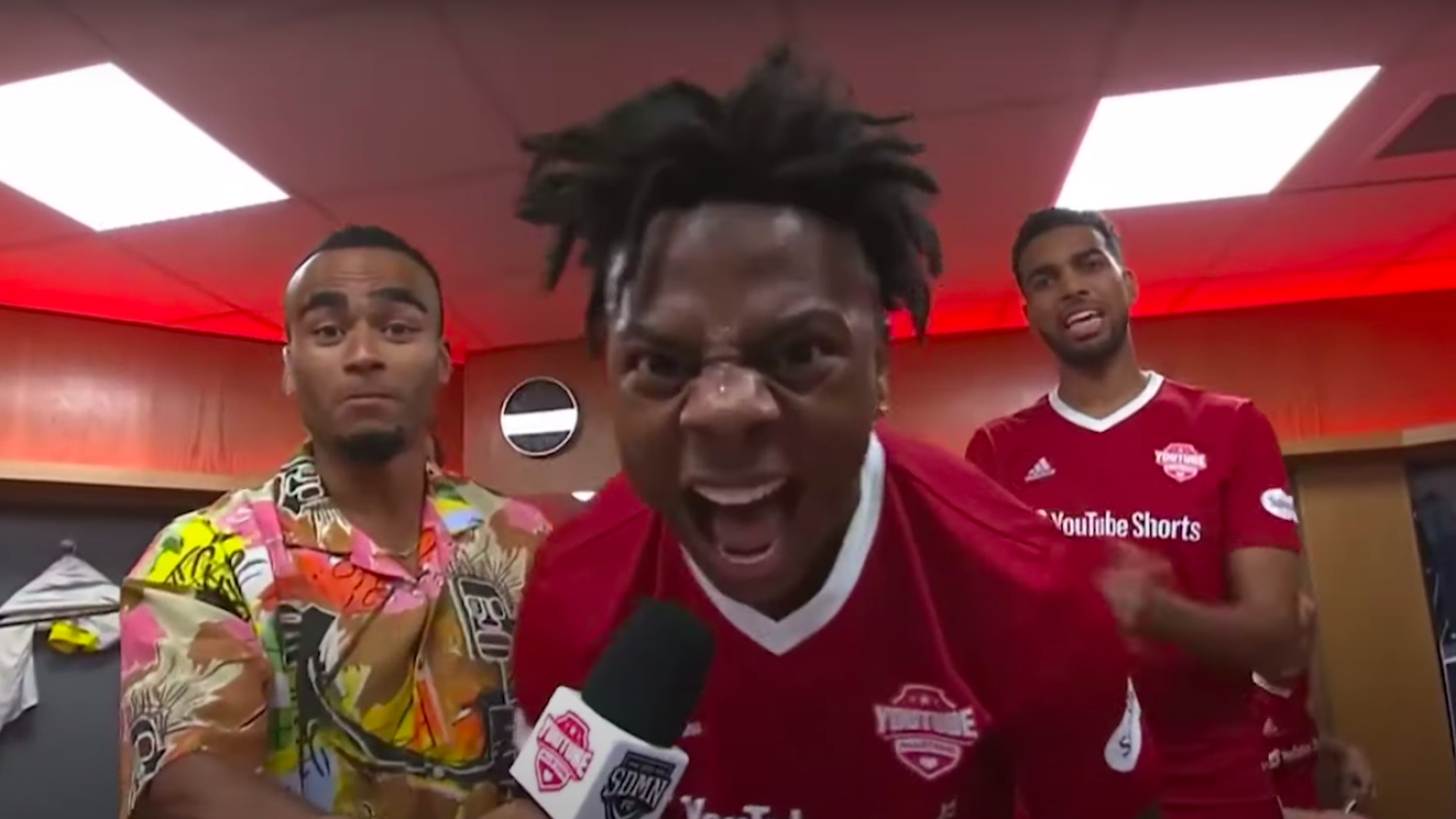 Speednaldo is the greatest thing to happen to US Soccer since the 1994 World Cup.
iShow Speedy | YouTube

The Sidemen Charity Match was inarguably the greatest edition of the event since its first in 2016. The soccer match gave us wonderful goals, tackles, celebrations and moments of comedy – all protagonized by many of social media’s most beloved influencers.

One of the most anticipated appearances was that of our very own iShowSpeed, and boy did he deliver.

When we say iconic, we don’t mean good. Speed may not be good at soccer yet, but he sure is one heck of an entertainer.

If you woke up early like we did to witness the 4th edition of this charity match, Speed made sure it was worth your while.

Even before the game had even started, the 17-year-old was giving the crowd a show.

It’s official now, only two people are allowed to do the Ronaldo celebration: Ronaldo and Speed.

When the actual match had started, the American took it upon himself to tackle Sidemen FC’s captain, KSI, in the first 15 seconds of the game.

Speed really took out KSI with the most aggressive slide tackle ever and then celebrated like a safety that made a huge hit over the middle pic.twitter.com/pf3BIGKVas

His tackles weren’t just used to take down opponents, though.

Before Chunkz’s 20-yard rocket, Speed, with a perfectly-timed tackle on TBJZL, got the ball back for the All-Stars and ultimately started the play that opened the scoring.

Speed with the tackle to set up Chunkz's banger pic.twitter.com/I5v0MVNzcb

SPEED BREAKS UP PLAY AND CHUNKZ SCORES A SCREAMER!!! pic.twitter.com/waC8Jm5GAZ

When the game began to settle in, Speed cranked out the skills and showed us what he’s learned while playing pickup games back home.

Vintage Ronaldoesque skills, if you ask me.

Speed’s disallowed goal that broke the hearts of millions

After taking a couple of breather substitutions, Speed came onto the pitch in the second half looking to make a statement.

A great run into the box followed by a clinical bottom-corner finish turned every fan in Charlton Athletic’s stadium’s wish into reality: to see Speed score and celebrate.

That was until the linesman decided to call an offside and disallow the goal.

Clear robbery in my book!

Speed was so upset that he chased and smacked former-Premier League referee Mark Clattenberg’s butt with his jersey and took away his yellow card.

How can you not love Speed? You can’t.

The American streamer is a TikTok, YouTube, social media and now soccer Twitter icon that has taken 2022 by storm and the soccer match was the perfect opportunity for everyone to get their fair-share of Speed. Even his fellow teammates.

All the Sidemen and YouTube all star players posting a picture with Speed today. pic.twitter.com/gATfmHv9rg

From Vikkstar123 and Noah Beck, to KSI and Miniminter, to Chunkz, to Castro1021, to Mark Goldbridge.

He’s a kid that is just having fun and entertaining the masses.

When Speed isn’t playing in front of 27,000 people, he’s either setting off his house on fire with fireworks, shaving his eyebrows, tackling other kids in a recreational soccer arena or making a Ronaldo World Cup theme song.

A GOAT in the making.

Now, after not being able to get on the scoresheet in this edition of the charity match, the American will most likely keep on playing soccer looking to improve ahead of next year’s event – a game without a date but confirmed by KSI (organizer of the event) on Twitter.

What a day. I’m absolutely knackered but I’m so proud of what the social media/online community did today. So entertaining & raised so much money for charity. A historic moment. Thanks to everyone that made this event so special.

Can’t wait to do it again next year :)