I Feel The Need, The Need For Speed: The Fastest Women’s Soccer Players 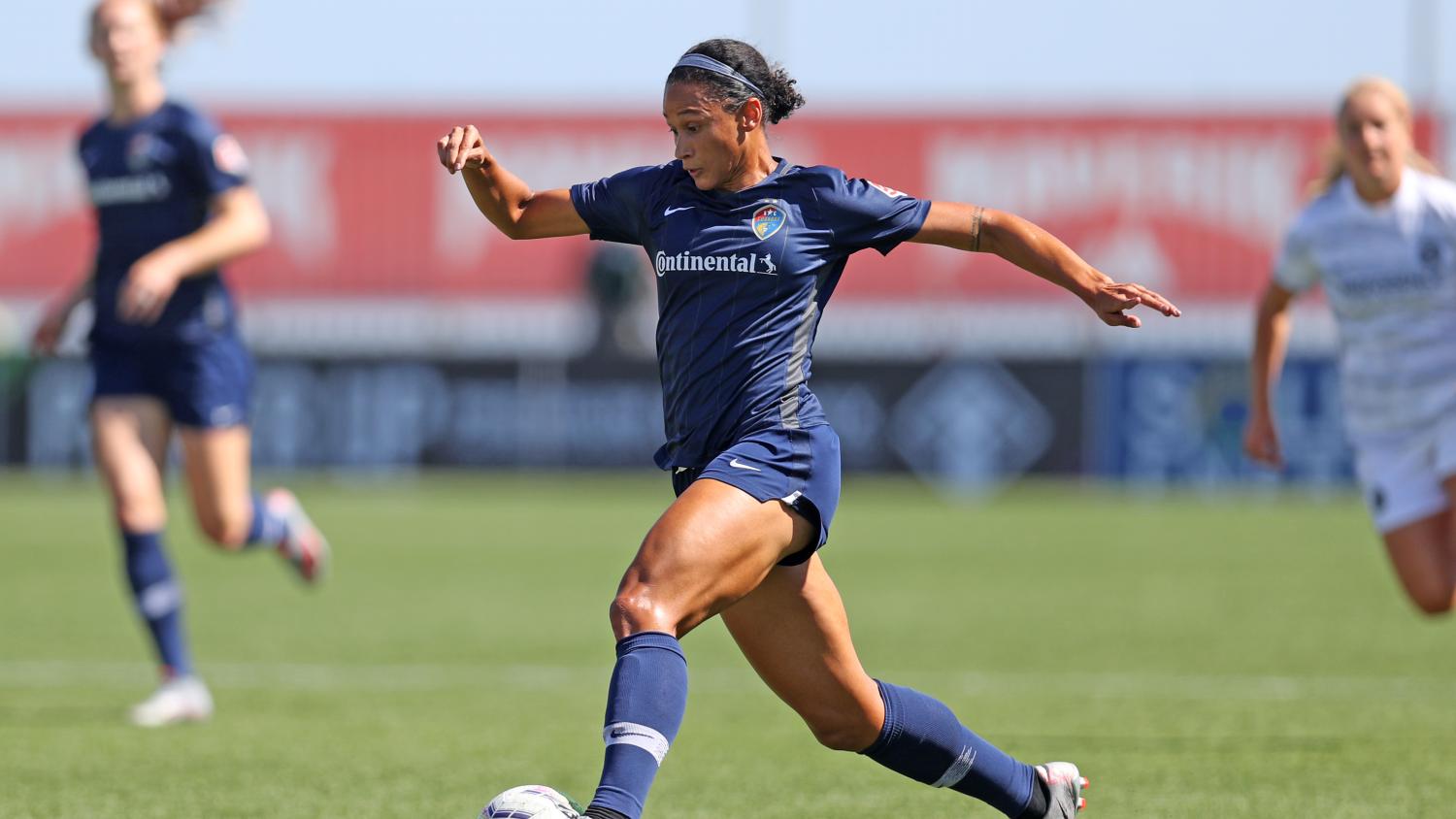 Speeds are listed in mph for Americans and km/h for those that are wrong.
Getty Images

Speed is an unteachable attribute that every athlete, no matter the sport, desires. Everyone wants to know who is the fastest. When it comes to women’s soccer, finding the answer to this question isn’t so simple. Top sprint speed is a niche statistic that isn’t tracked too often in the women’s game. With the data that is available, here is a list of some of the fastest women's soccer players.

WATCH | @LisaEvans_17 completes the comeback on 90 minutes to seal a 3-2 win for Scotland. #SWNT #OurGirlsOurGame
pic.twitter.com/kmw0yOBWd8

For the first time, the 2019-20 UEFA Women’s Champions League listed the fastest sprint speeds from the tournament in its technical report. Evans was the second-fastest player in the tournament as she and Arsenal reached the quarterfinals before being knocked out by Paris Saint-Germain.

I still have a hard time believing that Pogarch only hit 19 mph when back-tracking on this corner kick for the Portland Thorns. The numbers say she reached speeds of 19 mph but I swear she hit Mach 2 as she flew by everyone. The fact that Pogarch did this in the 86th minute is seriously impressive.

A slip of the tongue from commentator Ian Darke had USWNT fans believing Press hit a scorching 33 mph against Spain. Sadly, Press isn’t the fastest human being on the planet and was actually clocked in at 33 km/h. She could still beat 99% of the human population with her real top speed though.

Lynn Williams breaking past the defense and nailing the finish. pic.twitter.com/khDSa5FCYD

Williams turned heads when it was revealed that her recorded speed with STATSports was faster than any of the men in the 2019-20 Champions League tournament. I swear that STATSports is hoarding all of the top speeds of women’s soccer players from us and we don’t even know it. They are like the Area 51 of women’s soccer sprint speeds.

Williams was sure to let the boys know that they have some catching up to do if they want to keep up with her.

I’ll just be over here running like a girl https://t.co/lF2ge7p0Dq

Another STATSports mystery, O’Sullivan hit this ridiculous top speed while playing for Ireland. Theoretically she could get pulled over in a school zone if she’s not careful.

And if anybody was worried about Ali Krieger's speed declining, here she is running down Kealia Ohai. pic.twitter.com/ptwPcBtX2r

According to the technical report from the 2015 FIFA Women's World Cup, Krieger owned the fastest recorded sprint speed in the tournament final and potentially in women’s soccer. This is the highest speed I could find making Krieger one of the fastest women’s soccer players in her prime.