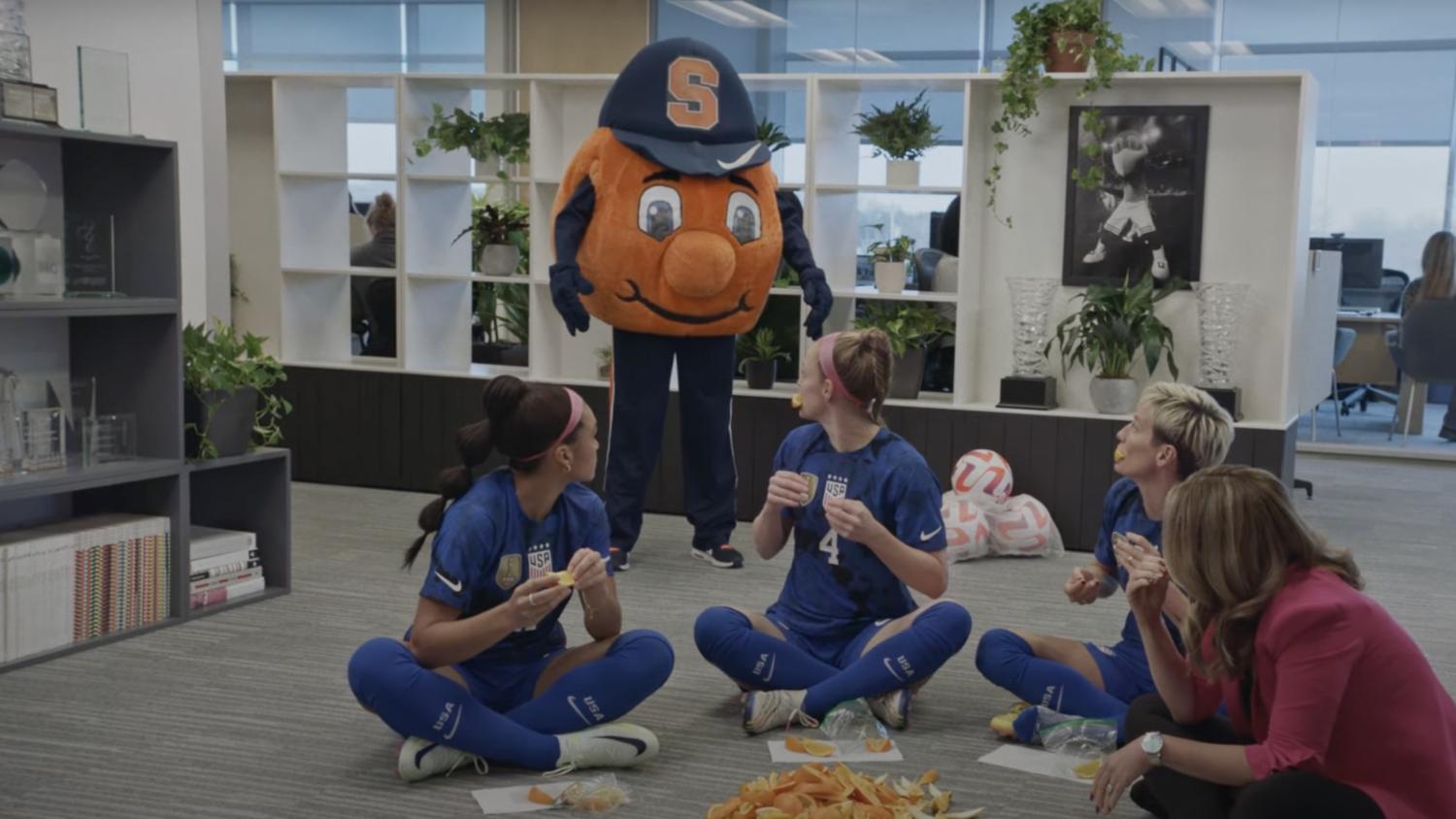 Otto the Orange is terrified.
The18

With the USWNT just months away from defending its World Cup title out in Australia and New Zealand, it's only fitting that some of the team's stars should feature in ESPN's first ‘This is SportsCenter’ ad since 2019.

The beloved campaign returns this week with spots being shown throughout college football bowl games on ESPN. This one — featuring Megan Rapinoe, Becky Sauerbrunn, Sophia Smith, SportsCenter anchor Nicole Briscoe and Syracuse mascot Otto the Orange — debuts Friday night during the Capital One Orange Bowl between Tennessee and Clemson.

All three players will certainly be at the World Cup. Sauerbrunn is team captain and the most-capped active player with 211 appearances to her name. Smith, the 2022 NWSL MVP, is a locked-in starter on the right wing while Rapinoe, who'll be 38 in July, is a game-changer off the bench now that Mallory Pugh has taken over the left wing.