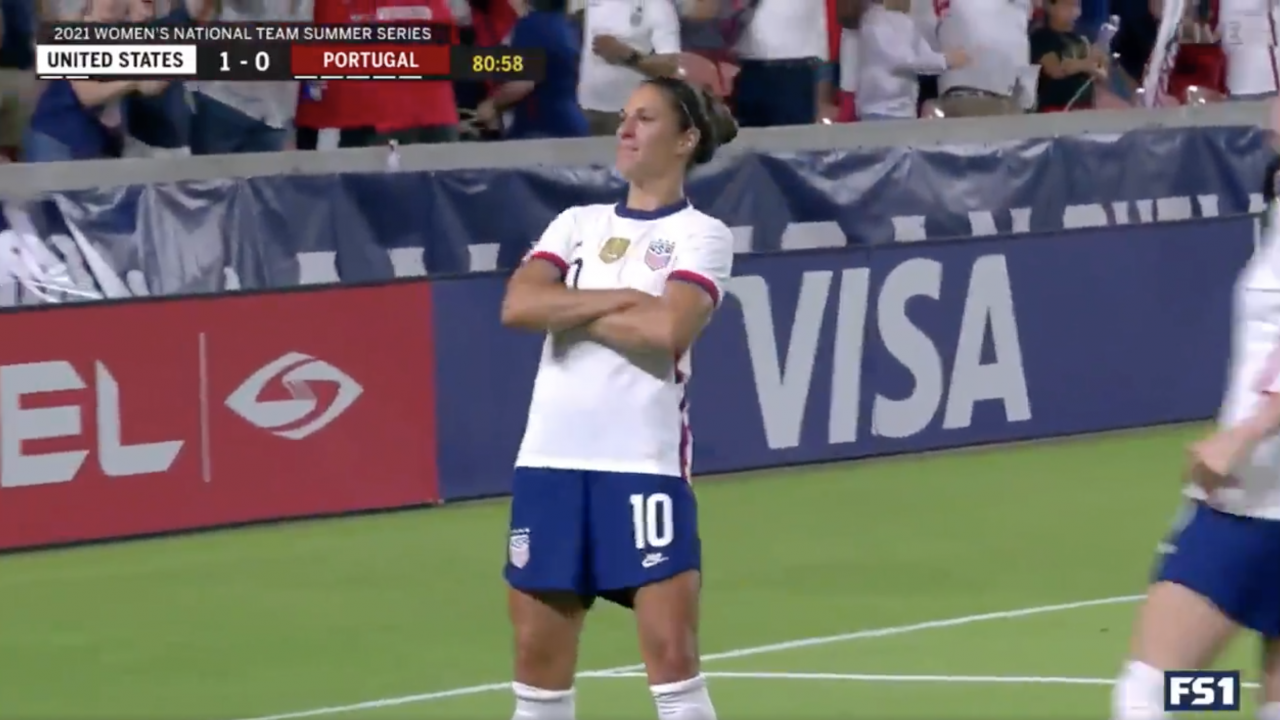 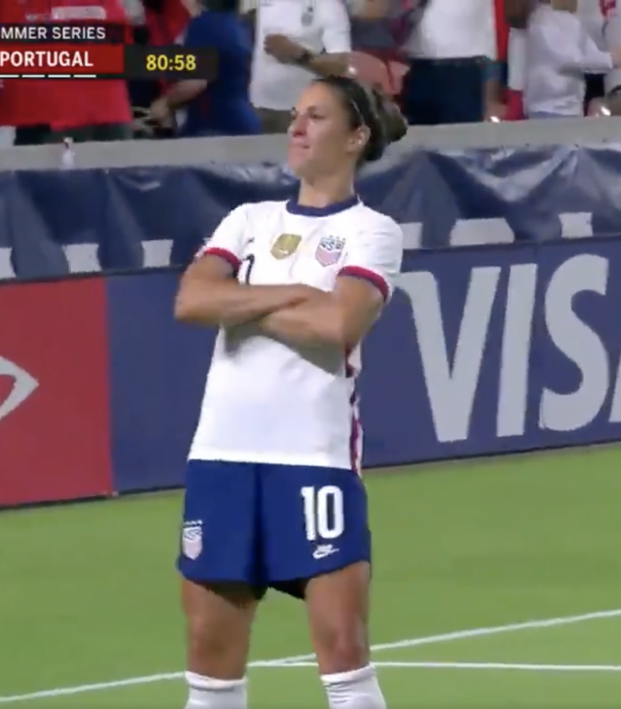 Try Not To Cringe: Carli Lloyd Hits THAT Celebration For A Goal That Was Called Offside

Carli Lloyd is a woman on a mission to prove she deserves to be on the USWNT’s flight to Japan for the Olympics. When she thought she had doubled her team’s lead against Portugal on Thursday night, she sent head coach Vlatko Andonovski a message. There was only one tiny problem with that Carli Lloyd celebration: the goal didn’t count.

The USWNT had its hands full against a Portugal side that defended as valiantly as the 300. The Portuguese defense withheld attack after attack and only a Sam Mewis header in the 76th minute was able to chink the Iberian armor.

Lloyd was forced to sit on the bench and watch her team fail to create solid chances for 75 minutes. With the 38-year-old being one of the USWNT’s fringe players ahead of the Olympics, she desperately needed to prove her worth.

The third-most capped player in team history has had some recent struggles at the club and international level. For Gotham FC, Lloyd has seen 360 minutes of action across four starts and has failed to record a goal, assist or a shot on target. Lloyd has only started half of the USWNT’s games in 2021 and gone the full 90 minutes once. She’s been left out of Andonovski’s starting XI in back-to-back games now.

With all that context you begin to understand why Lloyd needs to prove a point. When she tucked home a rebound in the 81st minute there may as well have been flames coming from her eyes.

@USWNT should have been a goal for @CarliLloyd pic.twitter.com/dPIb2aNncV

That folded-armed look from Lloyd said, “Yeah keep sleeping on me, I dare you. It took you guys 76 minutes to score on Portugal. It took me five minutes.”

Then, everything got real awkward when it was revealed that the goal didn’t count as Lloyd was very clearly offside.

If you ever feel embarrassed about something, just remember at least you didn’t flex on national television for a goal that didn’t count. The lesson we learned today is make sure you’re onside before making a statement celebration.

The USWNT has four more games before the Olympics, with the next game being against Jamaica on Sunday night. If Lloyd scores in one of those games, she will probably check for an offside flag before trying anything.