Up 2-1 in the 89th-minute, keeper picks the best moment to drop back-to-back skill moves 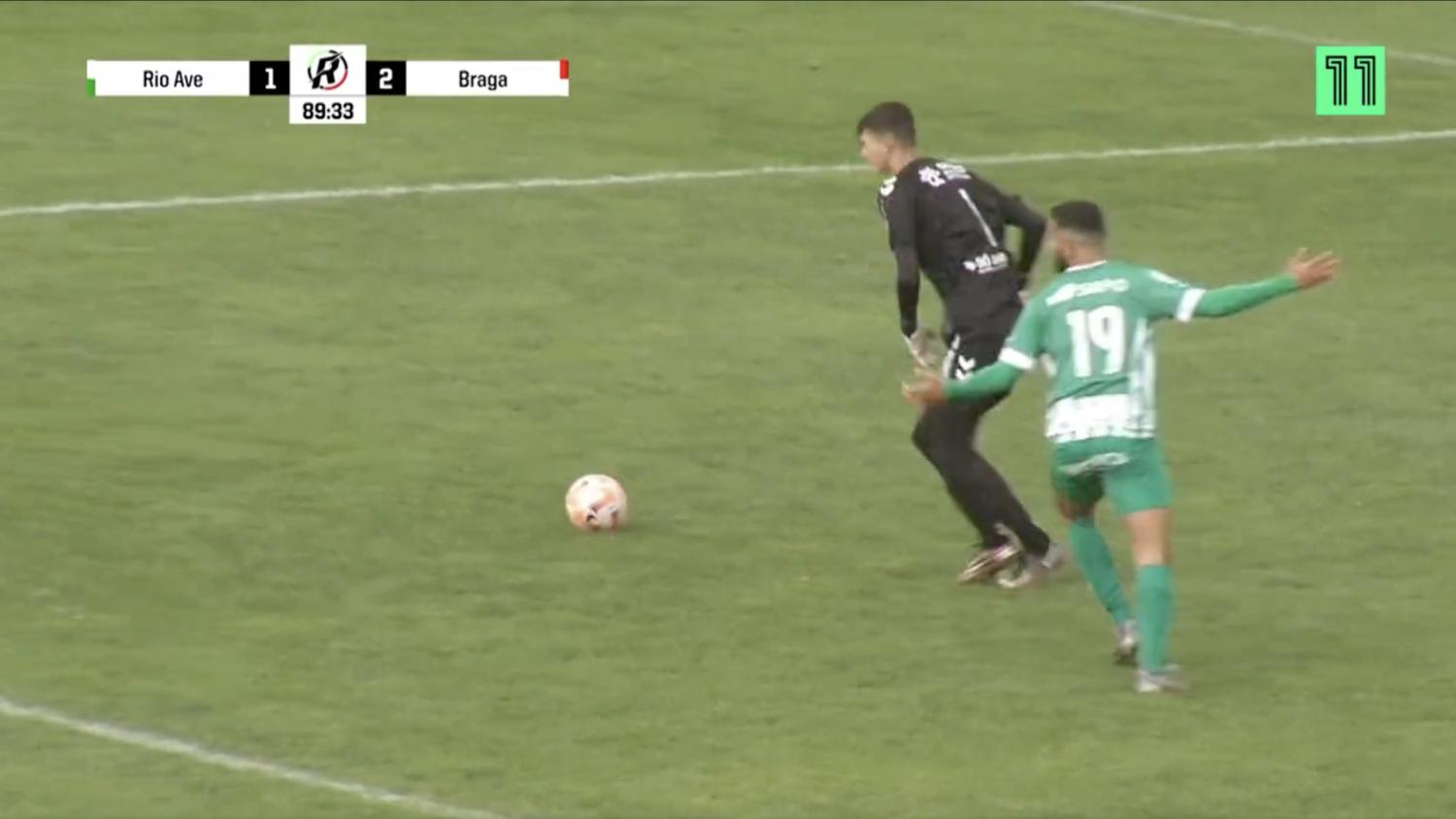 We have discovered the next Alisson Becker — it's 18-year-old Braga prospect João Carvalho, who makes Alisson look about as talented as Loris Karius in comparison.

On Tuesday, in Portugal's Liga Revelação U-23 division, Carvalho took possession in the 89th minute with his Braga side holding a slender 2-1 advantage over Rio Ave. In this situation you're supposed to "GET RID!" by smashing the ball 30 yards out of play, but Carvalho is built different.

Maybe you've seen a goalkeeper execute a nice Cruyff Turn before to avoid an on-rushing attacker, but you've never seen what Carvalho did next. I'm pretty sure his opponent was looking to the ref for a foul.

Pure filth. The pass almost released an attacker too.