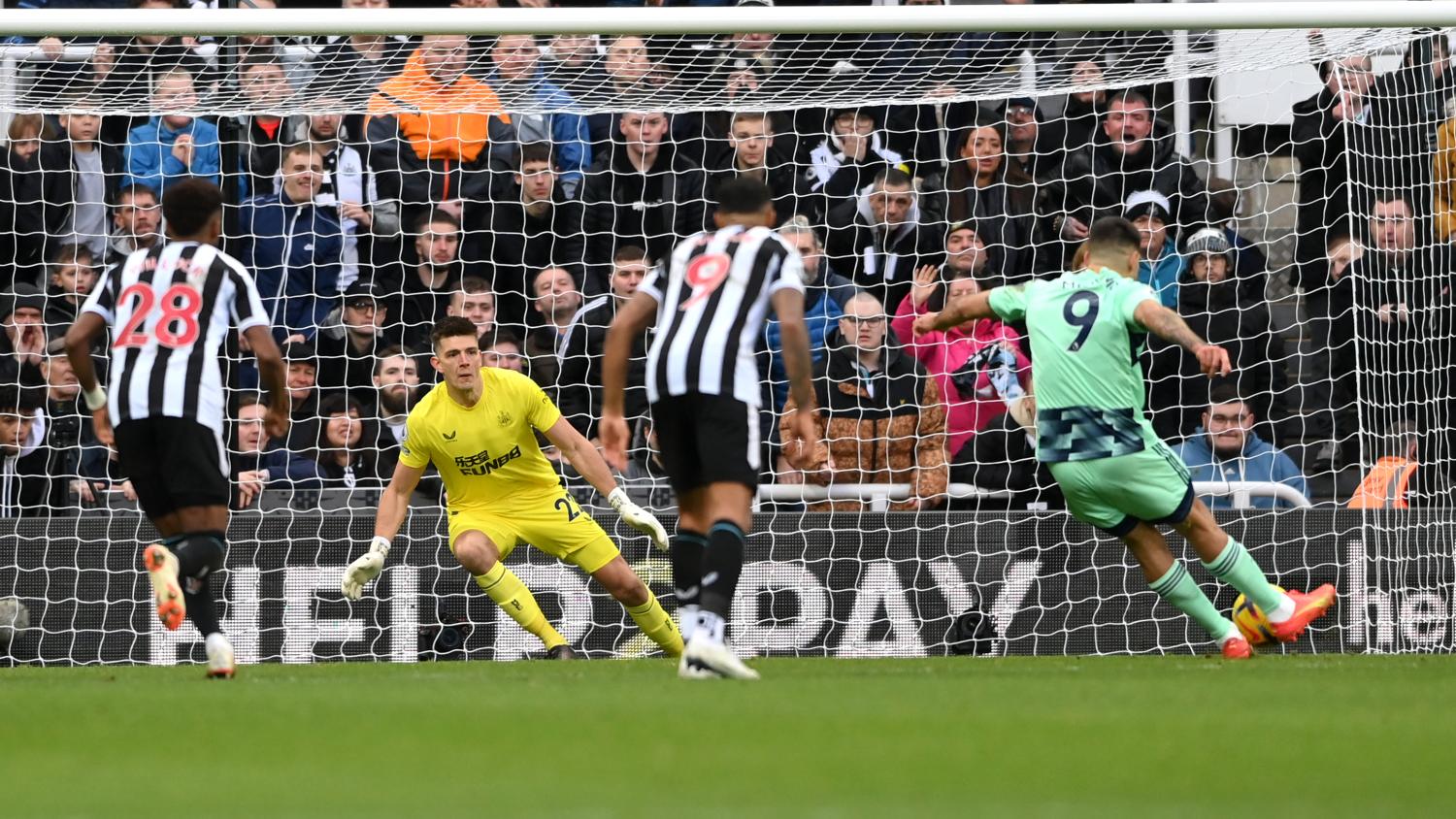 If that wasn't cruel enough, Fulham lost to Newcastle in the 89th minute.
Getty Images

The two surprise packages of the Premier League season met at St James' Park on Sunday with Newcastle United and Fulham both challenging for the European places.

Newcastle was looking to improve on scoreless draws against Leeds United and Arsenal, but they ran into Tim Ream and couldn't craft a clear opening in the first half. Then, against the run of play, Fulham earned a penalty with just over 20 minutes remaining in the match.

Former Newcastle striker Aleksandar Mitrović stepped up to take it for the Cottagers, and the resulting penalty was one of the rarest forms of spot-kicks you'll ever see.

The Serbian slipped while attempting his right-footed effort, resulting in the ball clipping off his standing left foot to deceive Nick Pope before flying into the net. Mitrović celebrated bashfully, but the ref immediately knew what was up.

The penalty taker can't touch the ball twice without another player taking a touch.

Aleksandar Mitrovic thought he gave Fulham the lead, but his penalty kick is disallowed because he kicks it off his own foot.

69' Mitrovic scores the penalty but he slips as he hits it & it hits both his feet so the goal doesn't count!

The goal was disallowed, and then Newcastle won the match in the 89th minute through Alexander Isak.

Mitrović's penalty reminds me of Arsenal's infamous routine against Manchester City in 2005. Robert Pires tried to play the ball to an on-rushing Thierry Henry, but Pires' pass was undercooked to the point of food poisoning.

It's another great chapter in the life and times of Aleksandar Mitrović.