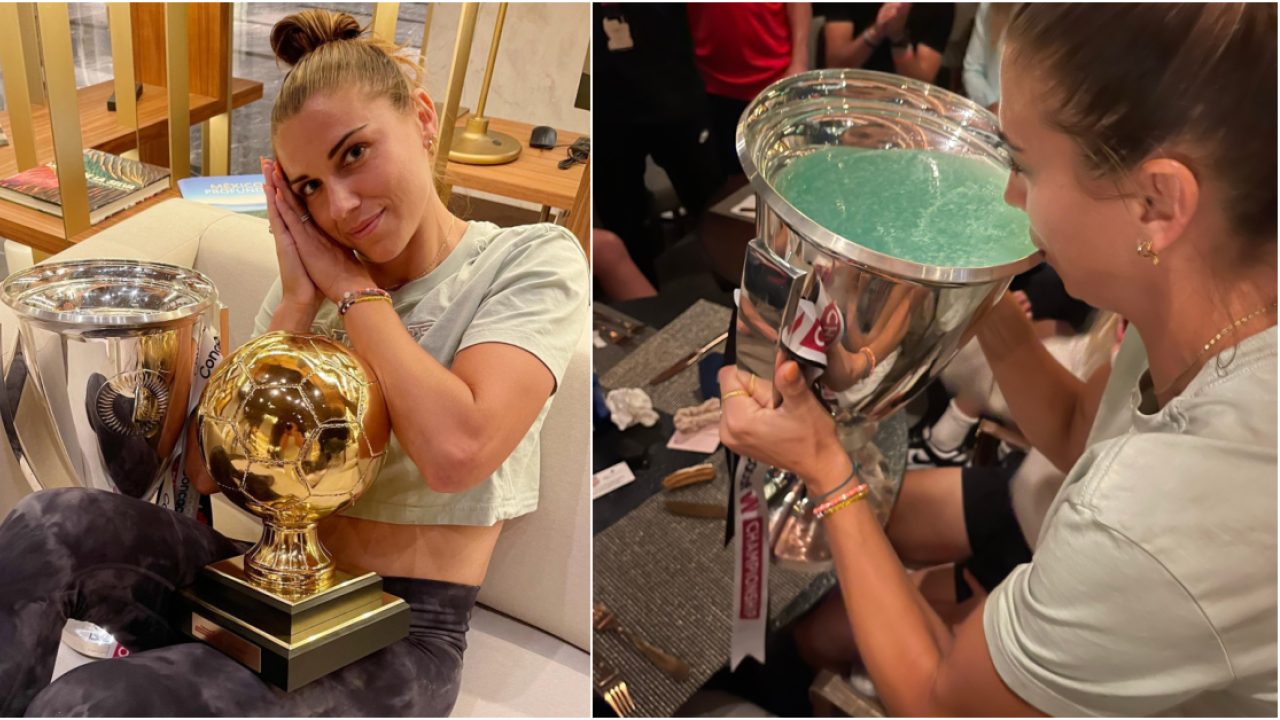 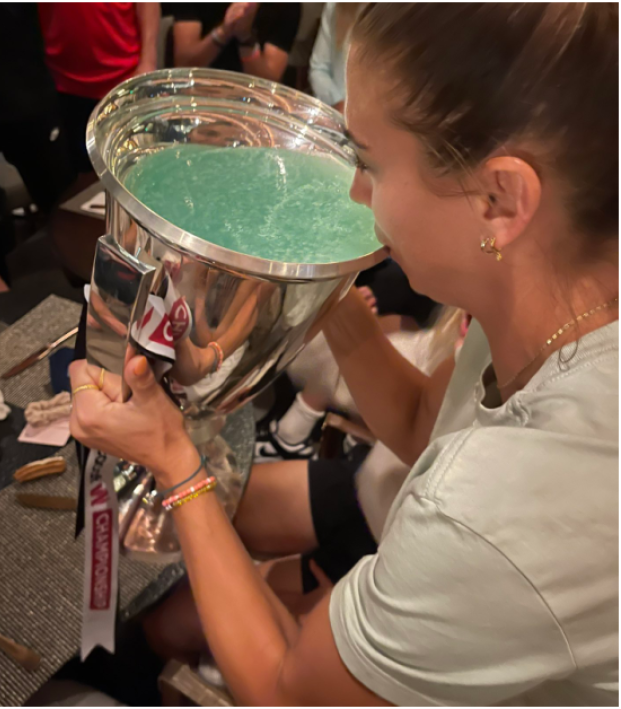 Alex Morgan is done sipping tea. She’s moved on to adult beverages. And she’s recreating all the summer’s best trophy celebrations while she’s at it.

Taking a page from Australian golfer Cameron Smith, who on Sunday won the British Open and vowed to fill the Claret Jug with beer, Morgan filled the Concacaf W Championship trophy with margaritas.

Turns out, it takes about 20 margaritas to fill the Concacaf trophy. Hopefully Morgan had help finishing that drink, but at least someone saved that last churro on the table for her.

I do have questions about that margarita. I’m not a margarita purist per se; I’m a Texan who wants my marg frozen with a decent amount of agave to sweeten up those steamy summers. But the color of that margarita has me questioning its contents; it looks more like they took a trip to Taco Bell for a Baja Blast than a traditional marg. Maybe the bartender used blue curaçao instead of triple sec, maybe they ran out of ingredients trying to make such a big drink or maybe the bartender used some weird ingredients because Morgan is a vegan (not that a margarita should be affected by being vegan). If you want my margarita recipe, which The18 video editor Jeff says is the best he’s ever had, click here.

While some might say 20 margaritas is too much, I say it’s an appropriate amount for a team that just won its regional championship for a ninth time in 11 attempts. And hey, at least it’s better than the tiny little trophy Kelsey Plum received for winning WNBA All-Star Game MVP honors.

This one holds just 1 margarita pic.twitter.com/PSoOEyobeL

After presumably finishing (and hopefully sharing) the trophy’s worth of margarita, Morgan finished her night with one more celebration post. Mimicking Steph Curry after he won the NBA title and NBA Finals MVP earlier this year, Morgan posted a similar photo of her with the Concacaf W Championship trophy and Concacaf W Championship Golden Ball.

At 33, Morgan has won it all: two Women’s World Cups, an Olympic gold (and bronze) medal, a Women’s Champions League, an NWSL title and now a third Concacaf championship. She’s earned the right to celebrate however she likes, and we like how she’s chosen to celebrate.

Of course, Morgan wasn’t the only one celebrating. Megan Rapinoe, who has won a few things in her life, knows how to get the champagne popping, even if Midge Purce wasn’t ready for it. Kristie Mewis, who we’ve learned loves beer, got her Solo cup out while Rose Lavelle just drank straight from the Bud Light can.

I was kinda hoping Kristie Mewis would imitate her partner Sam Kerr’s amazing photo with her FA WSL and Golden Boot trophies, but we’ll take what we can get.

One player who was unable to join in on the festivities was Catarina Macario, who is recovering from an ACL injury and couldn’t play for the USWNT. She still watched from France, where she’s in rehab with Lyon, and was just glad the match didn’t go to extra time and keep her up even later (earlier?) 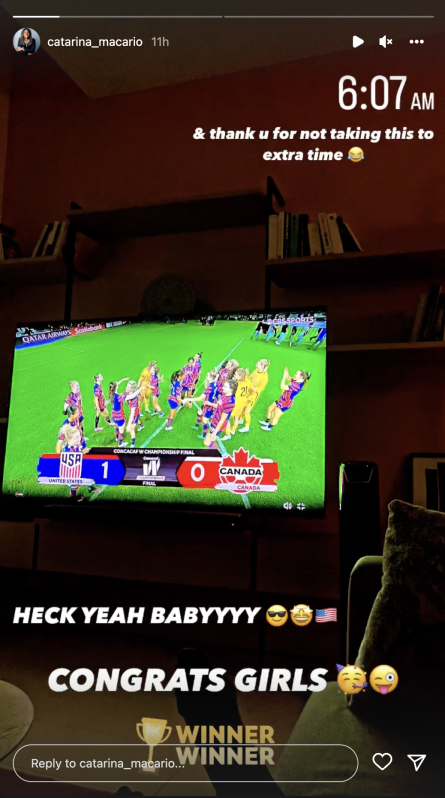 The USWNT can now rest easily knowing it’s completed its task of qualifying for the 2023 Women’s World Cup and 2024 Olympics in one fell swoop at the Concacaf W Championship. The next time we’ll see the team in action will be September for a pair of friendlies against Nigeria, which also recently qualified for the 2023 World Cup.