The 23 players who will represent the Mexico National Team at the Copa America Centenario have been announced, and there were more than a few controversies. Here's the final roster (barring injury):

A few surprises: Carlos Vela and Marco Fabian, two of the most naturally talented players available, miss out, as do both of the Dos Santos brothers (Giovani reportedly declined an invite).

This is a strong lineup, though, and Mexico should expect to advance to at least the quarterfinals with this roster, particularly given the current form of some of the Europe-based players. 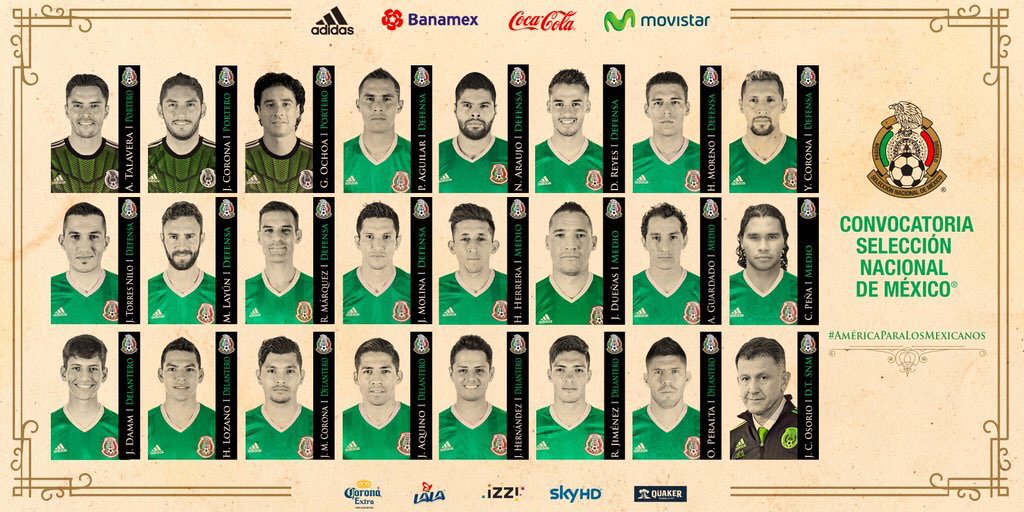