We need to talk about how Pumas UNAM defends corner kicks 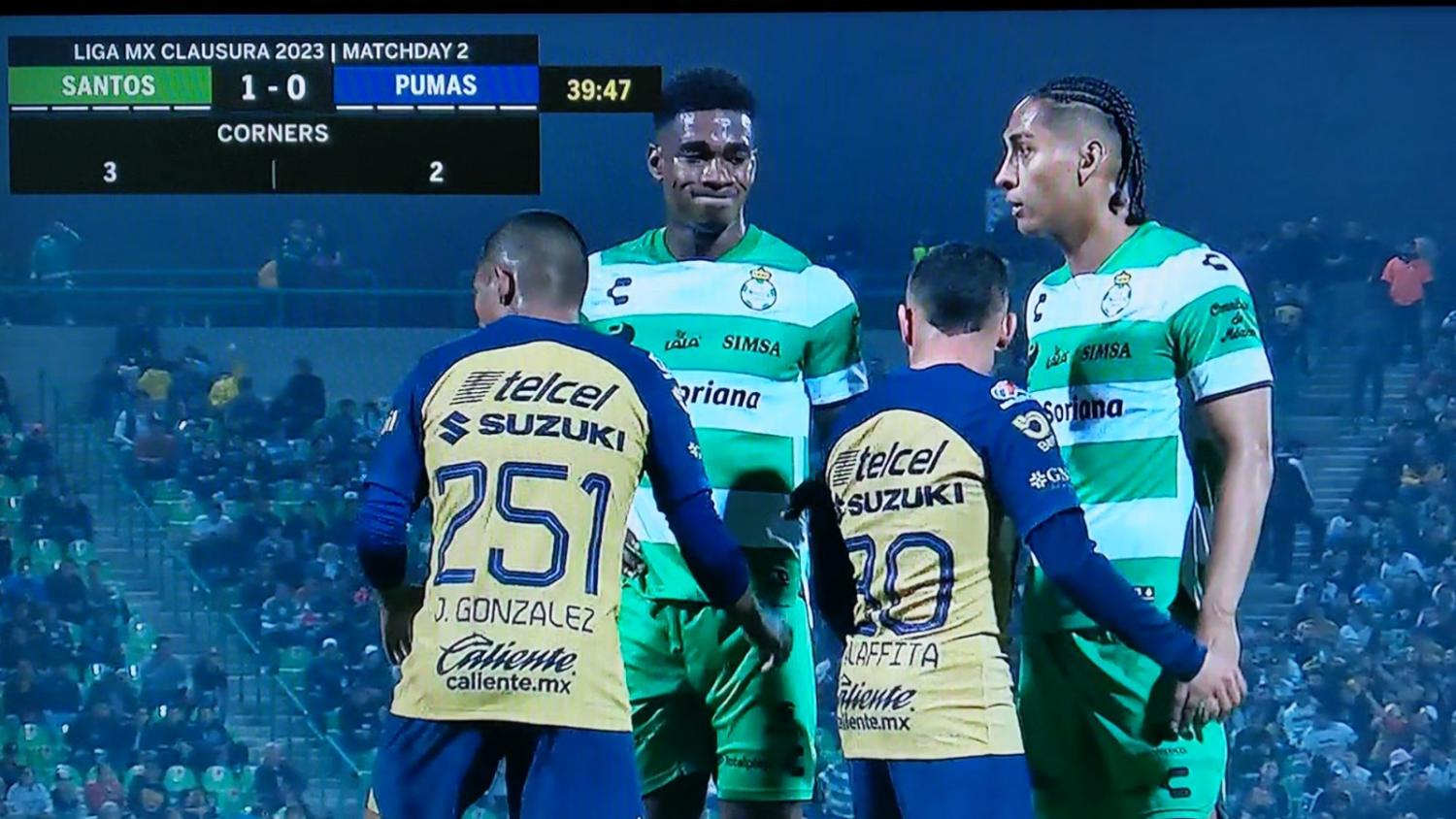 You can call this a mismatch!
The18

After a winning debut in the Clausura, Pumas UNAM is back to the life of misery that they've experienced in Liga MX the last few months. The team lost 3-0 in their away game vs. Santos Laguna this past Saturday and fans are already asking for the dismissal of coach Rafa Puente.

A former soap opera actor, Puente has never been a popular name among Mexican soccer fans. Although he achieved Liga MX promotion with Lobos BUAP in 2016, his results in the top division have been mostly poor. One data point: In his last 20 games as a manager, Puente only has two wins (one with Pumas), two draws and 16 defeats.

Against Santos Laguna, I don't think Puente had a lousy game plan. Of course, some things need to be improved on. The defense's right side was a highway for Santos Laguna wingers, while Pumas' attack definitely needs more oiling and TNT.

But if there's something that he most definitely needs to stop doing, it's stunts like this:

In soccer, it's common to see coaches tinkering with ideas like lining up a right winger on the left or vice-versa. And that's OK. But sending your smallest players to mark the opposing team's tallest ones for a set piece is just bananas. It's like playing Russian roulette.

The sequence occurred in the 40th minute and the mismatch is evident, as you can see. Santos Laguna defenders Felix Torres (6'2'') and Hugo Rodríguez (6') went for a corner kick in Pumas' box only to find their markers were suddenly José González (5'6'') and Edgar Alaffita (5'2'').

Crazy. That's like fighting a tank with a plastic knife.

Why did Puente not send 6 foot 1 Nicolas Freire or 5 foot 10 Ricardo Galindo to mark them as he did on other set pieces? It's an absolute mystery.

Fortunately for Pumas, the play didn't end in a goal for Santos Laguna. But if Puente keeps pulling this, just count the days until we have another more serious conversation about the topic.