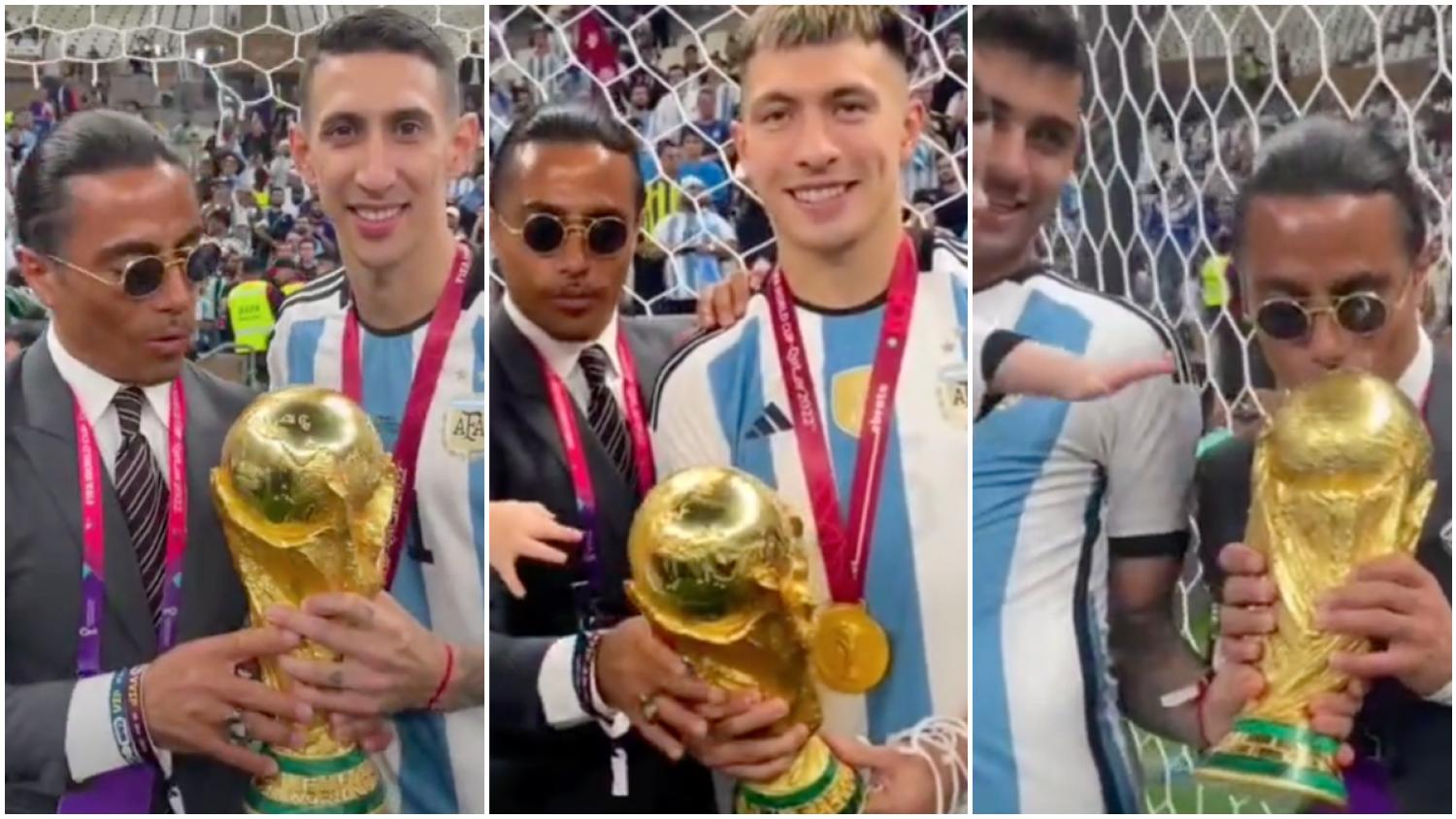 FIFA has launched an investigation to determine how in the hell restaurant owner and famous chef Salt Bae got access to the field during Argentina's World Cup celebrations in Qatar.

"Following a review, FIFA has been establishing how individuals gained undue access to the pitch after the closing ceremony at Lusail Stadium on Dec. 18," the world soccer body said in a press release.

Although FIFA didn't name Salt Bae, whose real name is Nusret Gökçe, you don't need to be a genius to know what's going on here.

The influencer angered fans worldwide after entering the pitch and pestering Argentine players with photo requests. He even got a hold of and kissed the tournament's trophy, which by protocol, "can only be touched by World Cup winners and heads of state."

Martinez was ready to kill this man pic.twitter.com/lsjyXaZTns

Messi deserves another World Cup for not giving a single fuck about Salt Bae pic.twitter.com/EIsM8lnc8S

Salt Bae's antics were well documented on video. You can see Argentine stars' discomfort in the face of his requests.

And, of course, there were memes to mock the chef's attention-grabbing attempts.

Salt Bae is hereby banned from the 2023 @opencup Final

FIFA promised to take the "appropriate internal action" after the investigation. But honestly, I think all of this is just a testimonial. Especially considering the friendship that Salt Bae has with FIFA president Gianni Infantino.