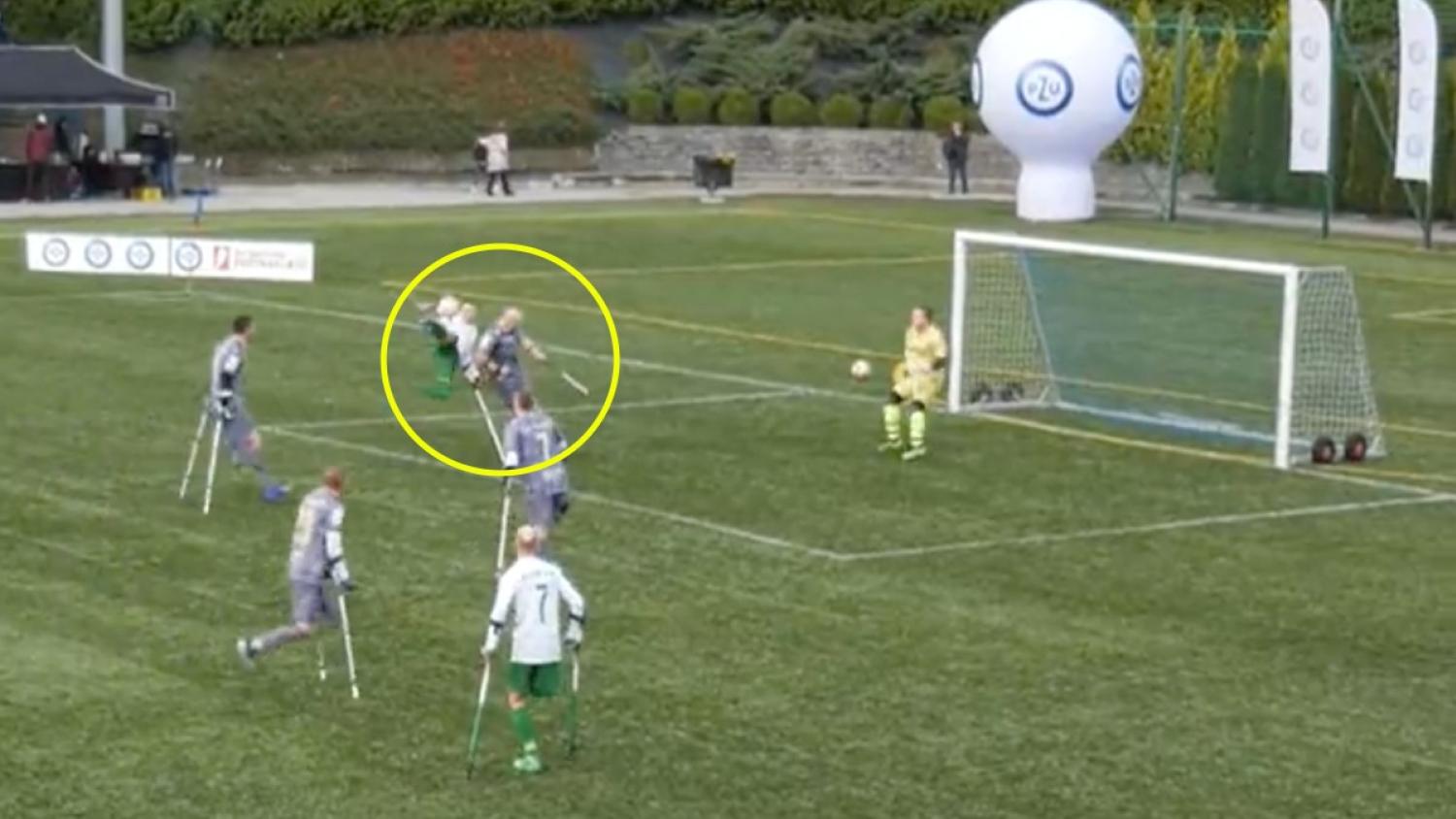 Polish amputee soccer player Marcin Oleksy surely deserves to be a candidate for the Puskás award thanks to the fantastic overhead goal he scored in the PZU Amp Futbol Ekstraklasa tournament played last weekend.

Using his left crutch as support, Oleksy launched himself into the air and connected with a cross from the right for a spectacular bicycle kick that Stal Rzeszow's goalkeeper couldn't save.

Sadly, despite the superb goal from Olesky, Warta Poznan ended fifth among the six teams involved in the tournament.

Wisla Krakow won the title for the second year in a row.