Manchester City Is Coming To The U.S. To Play Against Mexican Giant Club América 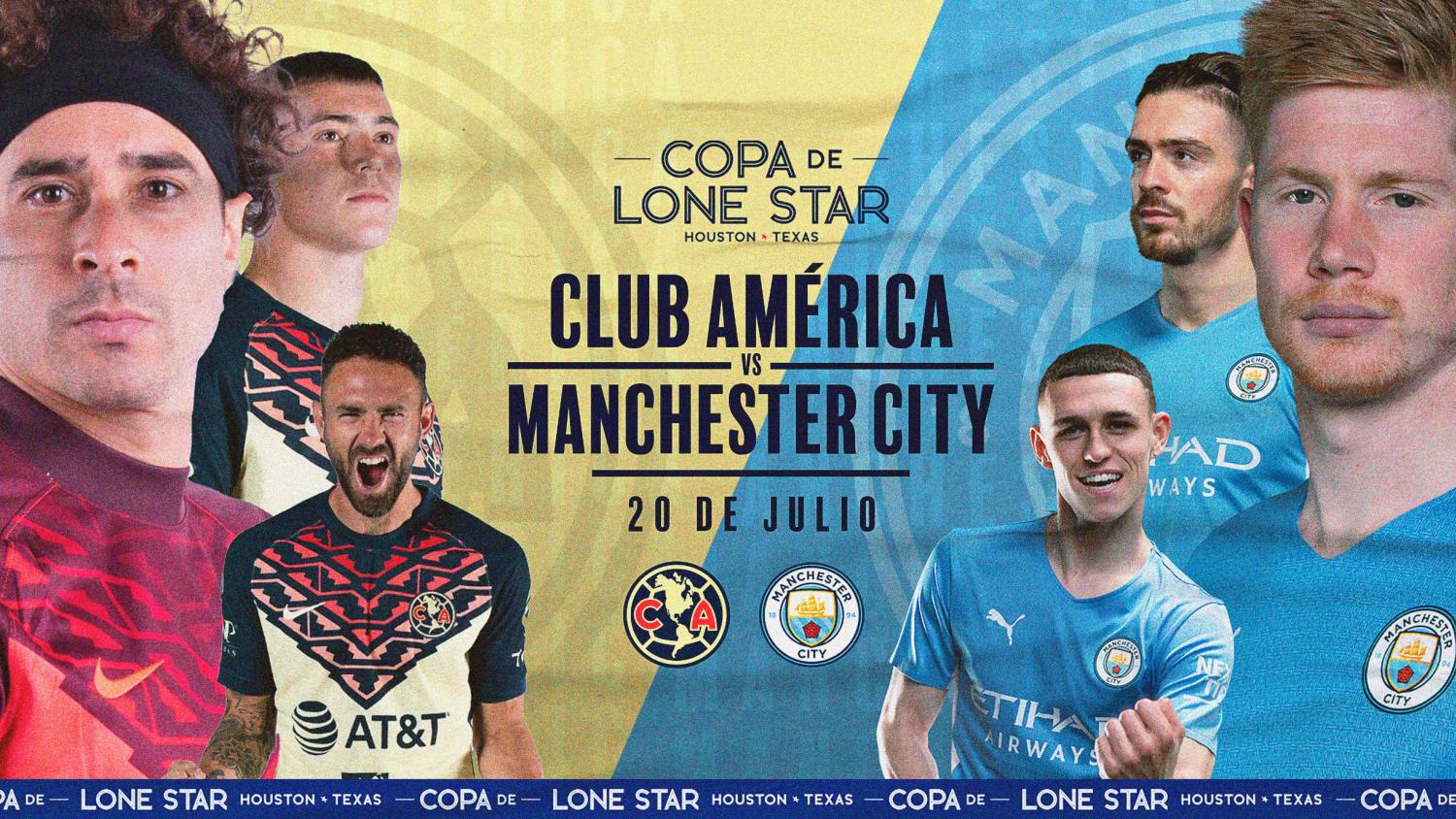 The game will be in Houston, Texas.
Club América

Manchester City's summer tour is back. After the two-year-covid hiatus, the English club will return to the United States to play a couple of friendly games. One of those matches will be against Mexican Club América.

This will mark our first international friendly in over two calendar years due to COVID restrictions.

When is the Manchester City vs. América game?

Hoping to come as Premier League champions, Manchester City will face América on Wednesday, July 20, at 8:30 p.m. ET. The friendly has been billed as Copa de Lone Star, and it will be played at the 72,000-capacity NRG Stadium in Houston, Texas.

Fans will be able to buy tickets starting on April 28 on the official website for the game. At this time, there is no information about broadcasting rights.

"We are excited to return to the United States for this summer's preseason trip, our first since before COVID," said Omar Berrada, chief football operation officer at City Football Club said in a press release. "Our players and coaches cannot wait to play once again in person in front of our American fans, who have shown us such great support and passion."

Santiago Baños, president of Club América, showed his delight after announcing the news.

"Facing a rival like Manchester City is always an exciting opportunity, and we’re very thankful for the invitation," he said. "The upcoming match on July 20 is an incredible chance for fans in the United Kingdom, United States and abroad to better get to know Mexican football, and of course, this represents an amazing opportunity for the Americanistas to watch their favorite team play against an elite international opponent."

The second Manchester City game in the U.S. will be announced soon.