Was That A Nipple Squeeze? The Hilarious Tête-À-Tête Between Chicharito And Michael Bradley 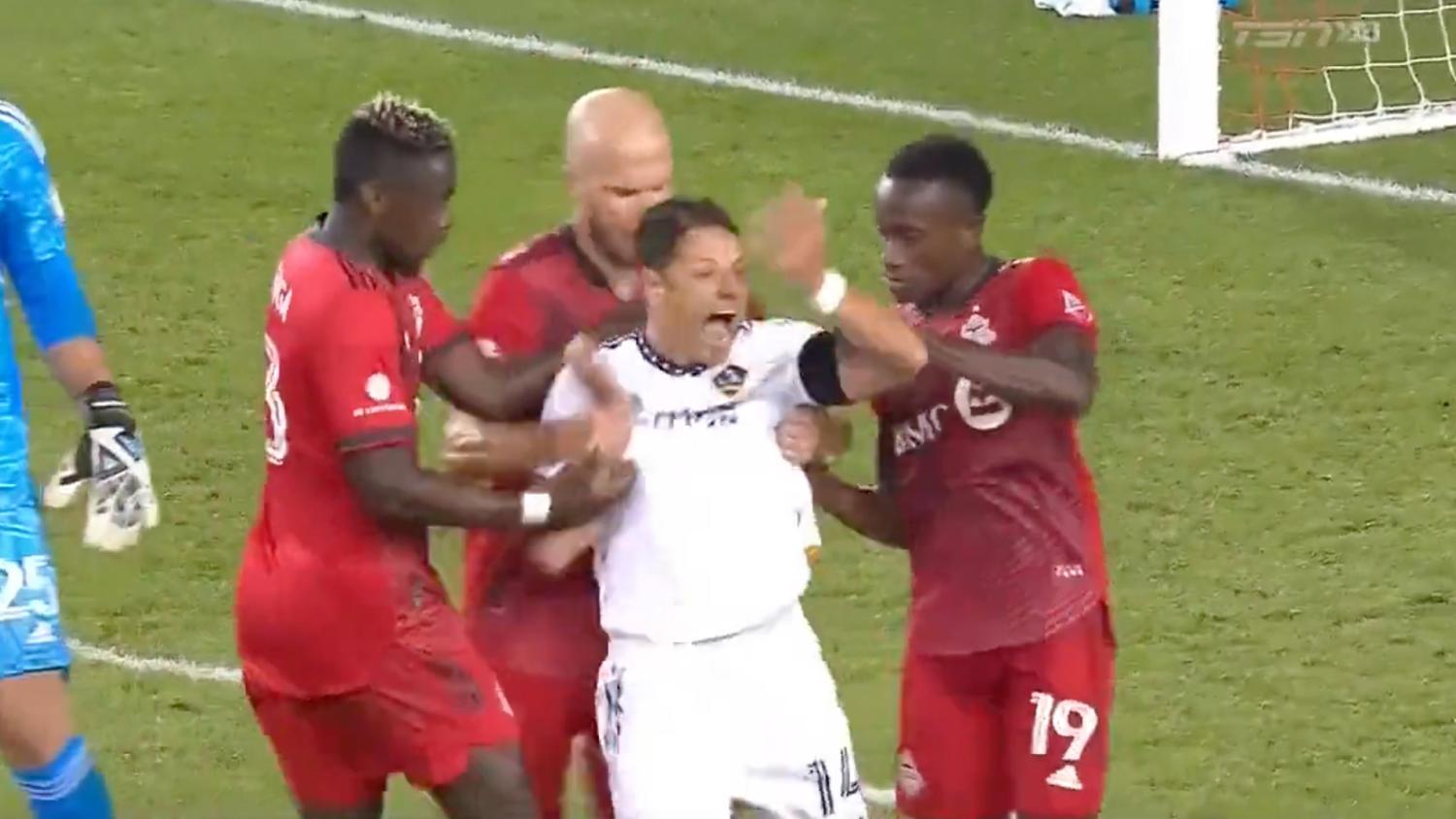 The scene was worthy of a telenovela.
TSN

Toronto FC and LA Galaxy got into a heated game Wednesday night in which the boiling point was a rough but also hilarious dust-up between veterans Michael Bradley and Javier "Chicharito" Hernández.

The whole ruckus started after Chicharito fouled the U.S. international. Bradley wasn't pleased with the action and complained in front of Hernandez's face. Canadian Richie Laryea, passing by, tried to stop the confrontation by pulling away Chicharito, but the Mexican acted up as if someone was dismembering him.

Suddenly, the Mexican player was sandwiched by Bradley and Laryea, and here is when things got confusing. Infuriated by Chicharito's antics, Bradley wrapped the striker around his left arm and then initiated some physical contact that has people wondering if there was a nipple squeeze involved.

The doubt comes from how Chicharito collapsed onto the ground after the skirmish. Was he really hurting, or was he just casting for La Rosa de Guadalupe?

Online, the verdict seems to be unanimous: Chicharito was flopping.

Not sure what he was asking. But Chicharito should be embarrassed to flop like that. No wonder he can’t make the Mexican team.

Some others remind us that this is not the first tête-à-tête between both. They have already squared up in international games between the USMNT and México.

About 10 years after this famous photo. I guess the rivalry never dies. pic.twitter.com/wJhyDDFxiM

Of course, there were people rightfully making fun of the whole situation, demanding, for example, a Rennaisance painting to immortalize the scene. Or comparing it with A Night at the Roxbury. Yes, us.

Can somebody do one of those renaissance art-lookalike things with this?
(And again, I'm sure I saw Michael Bradley grab Chicharito nipple during this particular ruckus)#LAGalaxy #TorontoFC pic.twitter.com/yWBupSNkxm

Night at the Roxbury vibes… pic.twitter.com/mALKiJzLiP

Fun, right? By the way, the ref didn't bother showing a yellow card to those involved in the action.

The game between Toronto FC and LA Galay ended 2-2, and we can't let you go without seeing Riqui Puig's first goal in MLS.