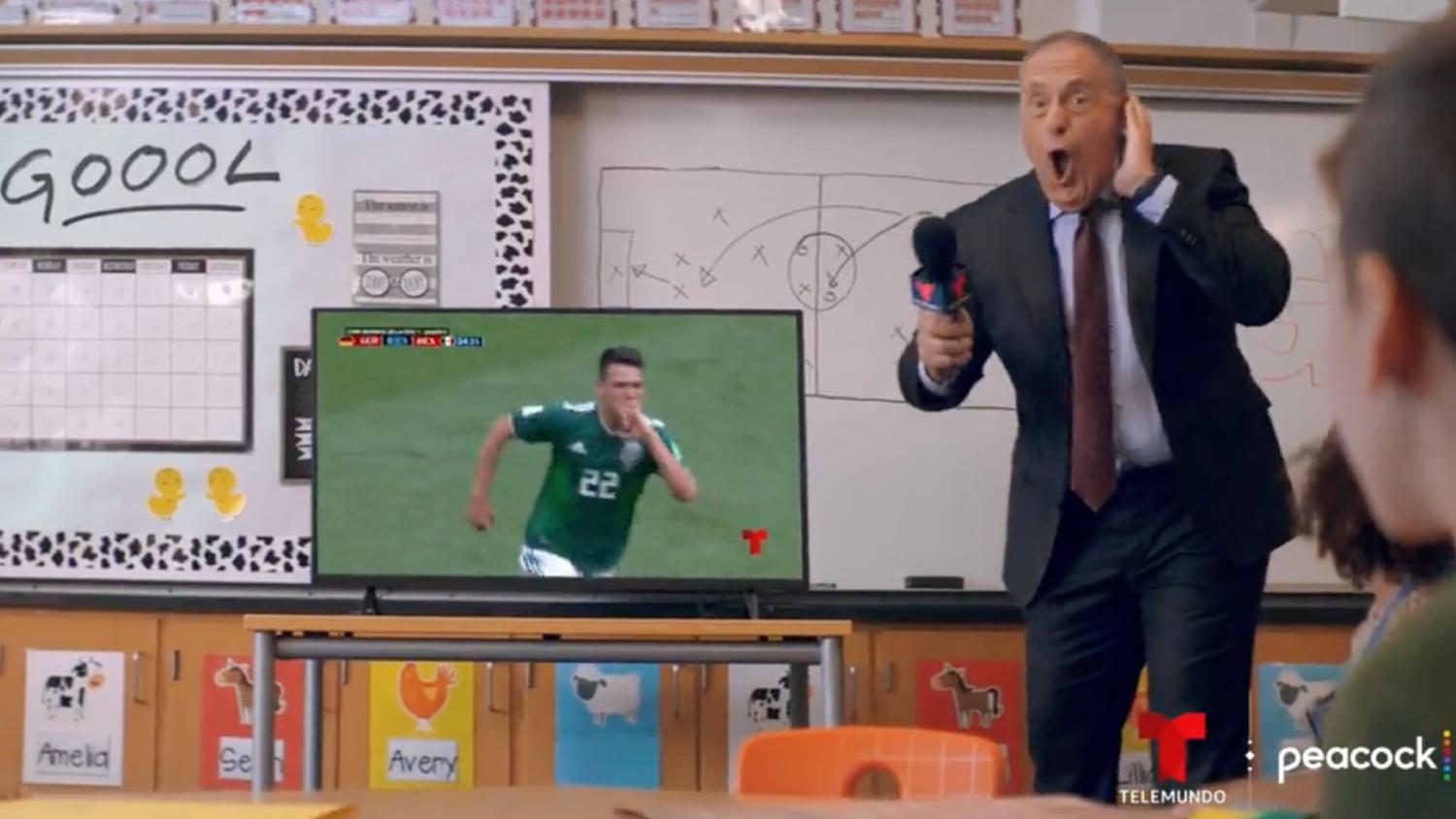 Gearing up for the 2022 World Cup.
Telemundo Deportes

The legendary Andrés Cantor is already warming up to bring you some World Cup gooooooooooooool calls this fall. The announcer will be the main voice of Telemundo in Qatar, and while he practices, he is also teaching America the right way to do it.

Or at least that's what I see in the 2022 World Cup Mic-Dropping Goal Call, the ad Telemundo will broadcast on Feb. 13 during Super Bowl LVI between Los Angeles Rams and Cincinnati Bengals.

The commercial lasts 30 seconds and we can see Cantor calling a Chucky Lozano goal for Mexico. But he is not alone. The goooooooool! also comes from:

This @TelemundoSports 2022 World Cup commercial featuring Andrés Cantor, Kelly Clarkson and some Minions will air during the Super Bowl on NBC, Telemundo, Universo and Peacock pic.twitter.com/uib3arOTDj

According to Telemundo, the spot was created and produced in-house and follows the steps from the ad shown during the 2018 Super Bowl.

“We made history with our 2018 World Cup spot – it was the first time FIFA World Cup was promoted during Super Bowl, the biggest, most-watched sporting event in the U.S.,” said Ray Warren, president of Telemundo Deportes. “This year, we are proud to continue making history with the first broadcast of the Super Bowl on a Spanish-language broadcast network.”

And yes, you read the last bit right. This year, Telemundo will become the first Spanish-language network broadcasting the Super Bowl. Coverage will be led by Miguel Gurwitz along with Ana Jurka, Karim Mendiburu and former player with the Arizona Cardinals Rolando Cantu. Carlos Mauricio Ramirez will serve as play-by-play and Jorge Andres will provide game analysis.

Cantor? He will keep focused on the fútbol that really matters to us.