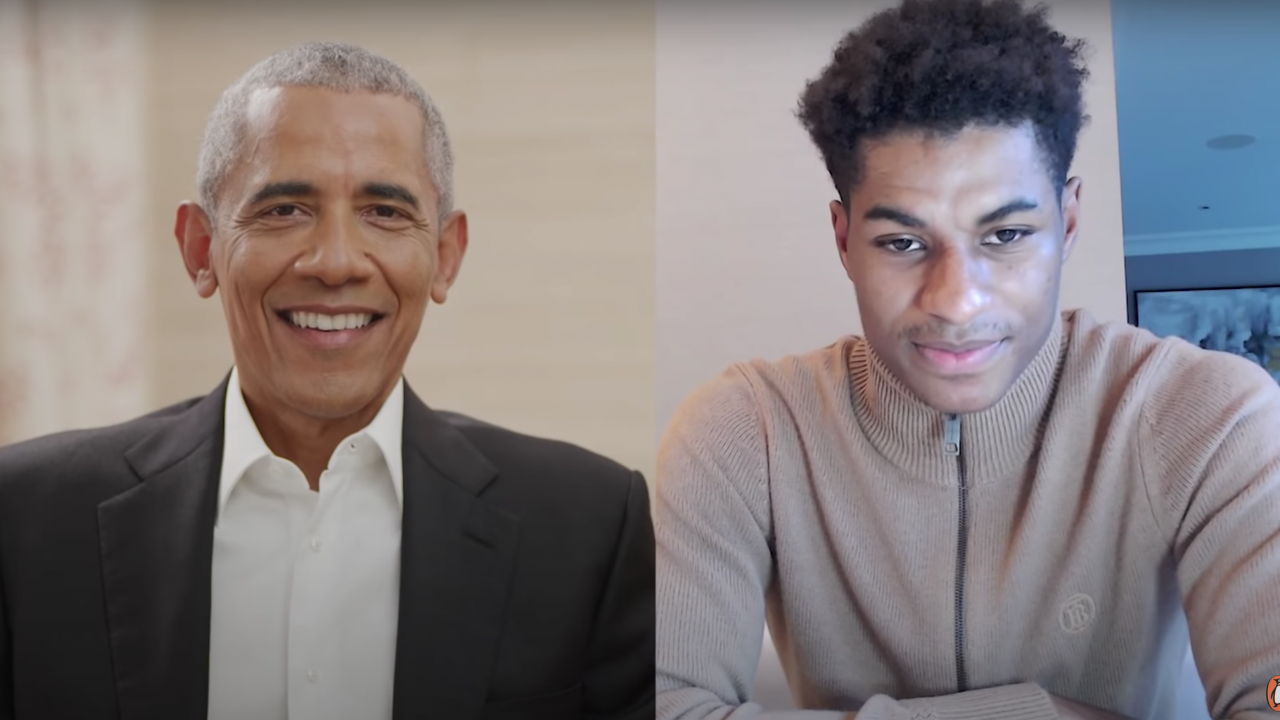 Marcus Rashford is a national treasure in the UK. The 23-year-old Englishman has taken the mantle as Manchester United’s No. 10 and is beloved for his work campaigning to end homelessness and child hunger in the UK. So it’s rare for Rashford to play second fiddle to anyone, but that’s the case when you get to meet President Barack Obama.

Rashford and Obama did a 30-minute interview together this week to promote reading among kids and to share their belief in young people. The entire discussion is well worth a watch for anyone who cares about the future of humanity.

Both Obama and Rashford conveniently had books to promote. Obama, a Nobel Peace Prize winner who was president from 2009-2017, is pushing Part One of his memoir, “A Promised Land,” which came out last November. Rashford, impressive on the pitch, has also landed a TIME magazine cover as one of the magazine’s “The Next 100 Most Influential People.” He recently co-wrote with Carl Anka the children’s book “You Are A Champion,” which encourages kids to dream big while also being comfortable with who they are.

Obama and Rashford come from separate worlds, but both have remarkably similar stories. Both were raised by single mothers in modest circumstances and achieved greatness beyond expectations. Obama notes that Rashford is far ahead of where Obama was in his 20s, when he was more focused on girls, basketball and having fun. Rashford has spent his early 20s focused on getting the UK government to feed hungry children.

I’m sure our Facebook audience will comment without even watching the interview by saying soccer and politics shouldn’t mix, but it should be noted no politics were discussed. The focus was on encouraging children to read and human rights issues such as ending child hunger and fighting systemic racism — the type of stuff all reasonable-minded humans should support.

There wasn’t a whole lot of back-and-forth between Obama and Rashford as host June Sarpong mostly led the discussion with questions, but I recommend watching the entire interview above if you have the time. Otherwise, here’s a minute of the conversation Obama posted to Twitter on Friday.

.@MarcusRashford is way ahead of where I was at 23—and not just because he’s a better athlete. It was great talking with him about everything from our shared love of reading to how we can lift up the next generation of leaders. pic.twitter.com/mRF8H4JVbG

Though Rashford only met Obama over video, the former leader of the free world said he wanted to meet him in person soon. Hopefully that too is captured on video.