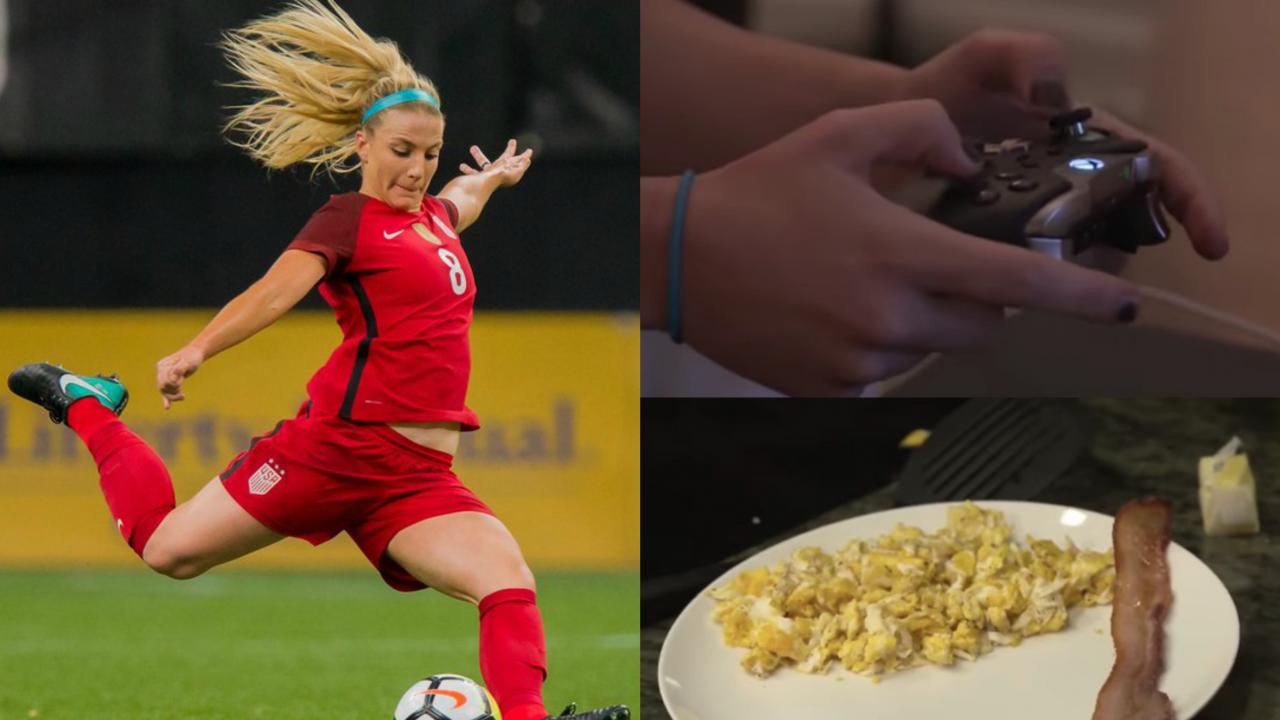 U.S. Women’s National Team star Julie Ertz is one of the best players in the country, even if she wasn’t named to the CONCACAF XI on Tuesday. Her goal-scoring exploits from her defensive position are impressive, but her home life may be even more notable.

Sports Illustrated spent the day with Julie Ertz and her NFL-playing husband Zach recently, taking us from church to the Linc to postgame dinner at home with Zach’s mom. One thing stuck out that will endear Julie (and Zach) to teenage boys everywhere who love to do the exact same thing: They ate breakfast for dinner and played some Call of Duty before bedtime.

At the start of the day, Zach requested to Julie they eat breakfast for dinner, which was good because that’s all they had ingredients for at their chic apartment overlooking the Delaware River. (Zach’s mother, who was with Julie for the day, was not enthused and ultimately ended up ordering noodles for delivery for dinner.) 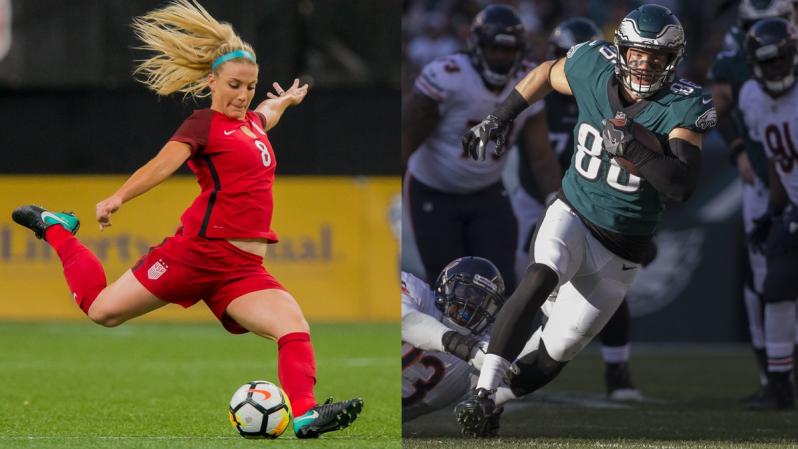 After Julie and Zach’s mom went to church (Zach was at the team hotel preparing for a game of American hand-egg), they went to Lincoln Financial Field to watch Zach light up the Bears, scoring the game’s first goal touchdown.

When the three returned home, Julie Ertz makes her not-famous pancakes, doling out three for Zach to go with five eggs and four slices of bacon. Outside of heating up frozen meals and eating silently in front of the TV, this is just about the most American thing a family can do.

Sticking with American greatness, the couple then plopped down on the couch for some good old-fashioned Call of Duty: Modern Warfare. Apparently FIFA is too hard for the star of the Chicago Red Stars and she doesn’t enjoy NBA 2K because all Zach wants to do is the franchise mode where he spends more time building a team than playing with it. (While Julie doesn’t play FIFA, Zach does, and loves to talk shit while playing against others online.) So the couple has settled on the most American of games: a first-person shooter.

The two don’t play against each other but with each other versus the AI. Julie says she saved Zach’s ass a bunch when they played yesterday but the SI video gives no evidence of whether either is any good at shooting pixelated terrorists. Because they’re well-off professional athletes, both do have the advantage of playing with the deluxe Xbox Elite controllers that run well over $100 (and can be found on our fantastic gift guide for soccer gamers).

The day with the Ertzes ends on a sappy note.

“Our relationship isn’t really based on our success as athletes,” Zach said. ”We love each other for the company. The sports are just a season of our life that we’re in.”

Of course, the only reason we care about the power couple playing video games and eating breakfast for dinner is because of their success as athletes. Otherwise, they’d be just another American couple.