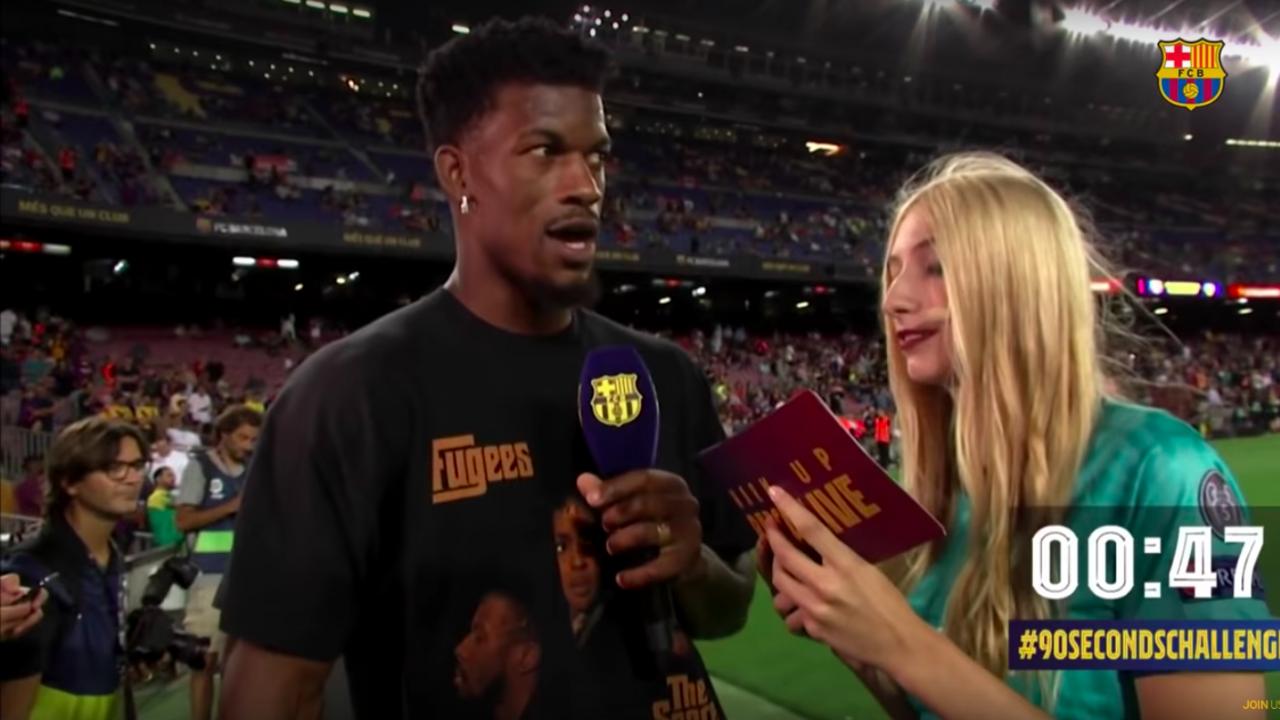 Jimmy Butler was never really in contention for the United States squad at the 2019 FIBA Basketball World Cup. He played his part in helping Team USA to gold at the 2016 Olympics, and the 30-year-old must now adjust to life in Miami after being traded by Philadelphia. So you can’t really blame him for missing out on America’s shambolic seventh-place showing and going to Barcelona instead.

Jimmy “Buckets” was on-hand at the Camp Nou yesterday for Barça’s 5-2 victory over Valencia. Based on the video above, it’s clear that he was probably disappointed over the continued absence of the injured Lionel Messi, but he got to witness history in the form of 16-year-old phenom Ansu Fati.

Butler also reveals that if he wouldn’t have been a pro basketball player, he would’ve been a striker that plays like Messi. I’m not a big believer in the whole “what if America’s best athletes played soccer?” theory, but I do think he’d have given Gyasi Zardes a run for his money.