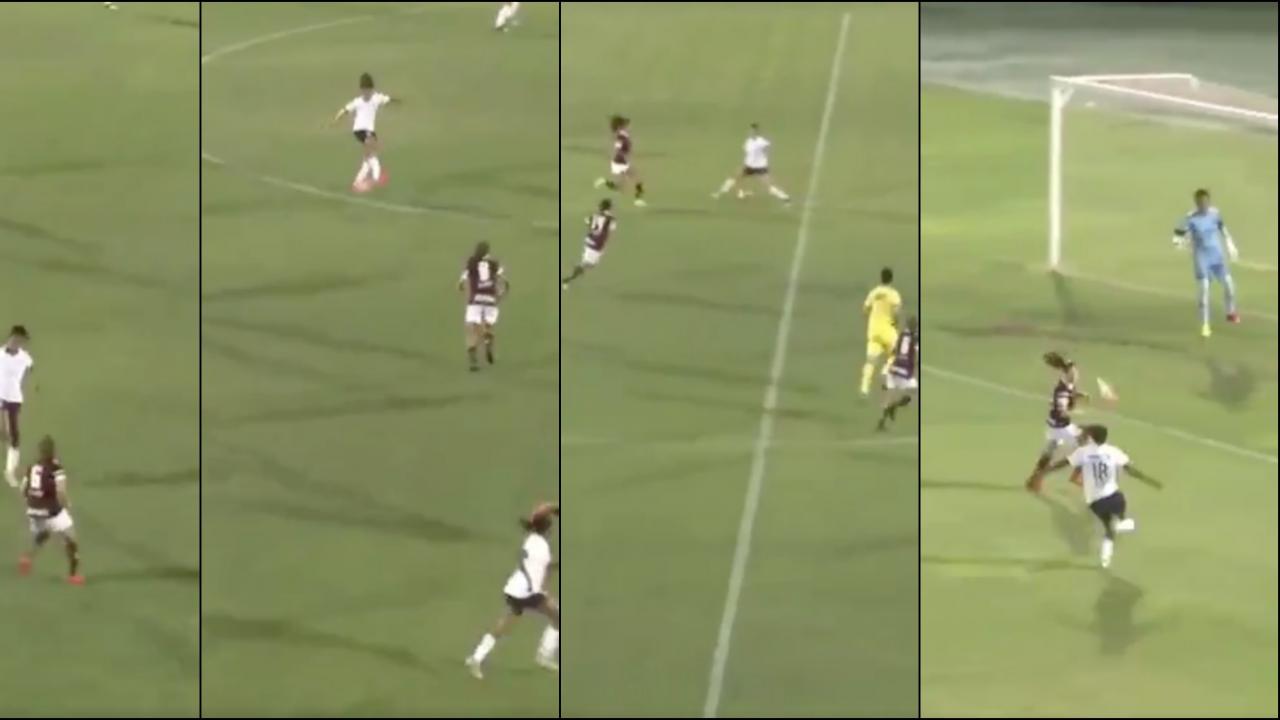 The Brazilian women’s national team, while still dominant in South America, has fallen from among the elite on the global stage, passed up by European and Asian challengers. The 2007 Women’s World Cup and 2004/2008 Olympics runner-up needs a new crop of players to replace the aging Marta, Formiga and Cristiane.

The Canarinhas may want to look at Corinthians Paulista for the next group of stars.

Corinthians put on a second-half clinic against Ferroviária, scoring four goals after halftime to win 4-0 in the first leg of the semifinals of the Paulista Feminino on Wednesday. The third goal was a work of art.

Starting with a backheel pass and also featuring a deft flick and a great dummy, the Corinthians Paulista goal concluded with an impressive volley from Maiara.

Have a lot of feelings about this goal.

5.5 continuous passes (counting the dummy!) after winning the ball ending in a gorgeous finish.

So wonderful was this goal even Hope Solo had to tweet it out.

Hi, @hopesolo! It would be a honor for us if you come to our house to see our team playing. Our doors are open for you! https://t.co/05fgsoheca

It really was a thing of beauty. It certainly earns a place on this list when we get around to updating it.

Corinthians will be seeing a lot more of Ferroviária in the coming days. The two face off in the two-legged Brasileiro Feminino A1 final as well as the second leg of the Paulista Feminino. Hopefully we see some more wonderful interplay such as this in those other three matches, all of which will be played before the end of the month.

You can watch the full match from Wednesday here. Or just do what I’m doing and watch the above Corinthians Paulista goal on repeat all weekend long.