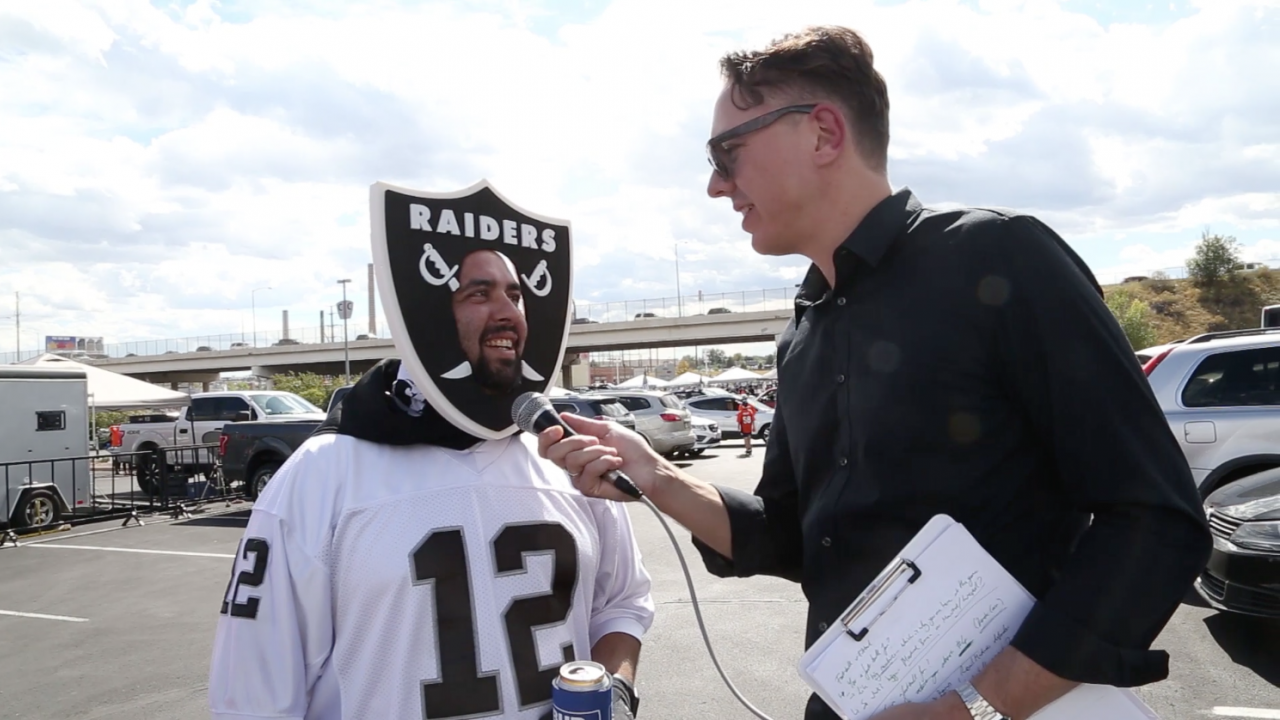 Off Pitch: NFL Fans on Soccer

It's no secret that soccer fans in America get a lot flak for being fans of such a "lame" sport. We always counter their criticisms of soccer with "it's the most popular sport in the world" and "in football you don't even use your feet 99% of the time". Nevertheless, they still mock us relentlessly, and who does more than the rest? NFL fans.

So, we decided to send our man, Greg Ellis, behind enemy lines into an NFL game, Denver Broncos vs Oakland Raiders. These two teams have some of the most passionate fan bases in the NFL so their games are always eventful on the field as well at the tailgates outside the stadium. Greg Ellis headed straight into the fray of the tailgates to ask fans questions like what's the biggest rivalry in football either Manchester United vs Liverpool or Real Madrid vs Barcelona.

As you'd expect they got confused and just started getting loud, and it was great.