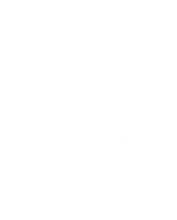 The race to be the English Premier League’s top marksman has highlighted players like Harry Kane, Jamie Vardy, Mohamed Salah and Pierre-Emerick Aubameyang in recent years, and the addition of Cristiano Ronaldo makes the Premier League top scorers 2021-2022 list a clear indication of the division’s unmatched quality and global reach.

There are few scoring titles as prestigious as the Premier League Golden Boot, given to the EPL top scorer each season. Some of soccer’s most legendary forwards have won it, including Thierry Henry, Alan Shearer, Ronaldo, Didier Drogba, Luis Suárez, Robin van Persie, Michael Owen and Ruud van Nistelrooy.

Back when the EPL had 22 clubs and a 42-game season, both Newcastle’s Andy Cole and Shearer, then playing for Blackburn Rovers, landed a record single-season haul of 34 goals. But since the league adopted the 38-game schedule it still utilizes now, the single season Premier League goal record has been held by Salah after “The Pharaoh” hit 32 goals for Liverpool during the 2017-2018 campaign.

Last year, Kane won his third Golden Boot, matching the legendary Shearer’s total with only Henry earning more (4) in his illustrious career. Shearer, of course, is the all-time leading scorer in EPL history with 260 goals.

Only Wayne Rooney has also surpassed the 200-goal milestone in the Premier League, but the Manchester United legend actually never claimed the Golden Boot in his career despite twice scoring over 25 goals in a season. It just goes to show how difficult of an achievement it is.

Another famous player who never won it — for an entirely understandable reason — is Chelsea’s Frank Lampard, who is the greatest goal-scoring midfielder in the division’s history. There’s been an emergence of goal-scoring midfielders in the vein of Lampard recently with Bruno Fernandes, İlkay Gündoğan and Tomáš Souček all demonstrating that it pays to be brave in one of the world’s most attack-minded leagues.