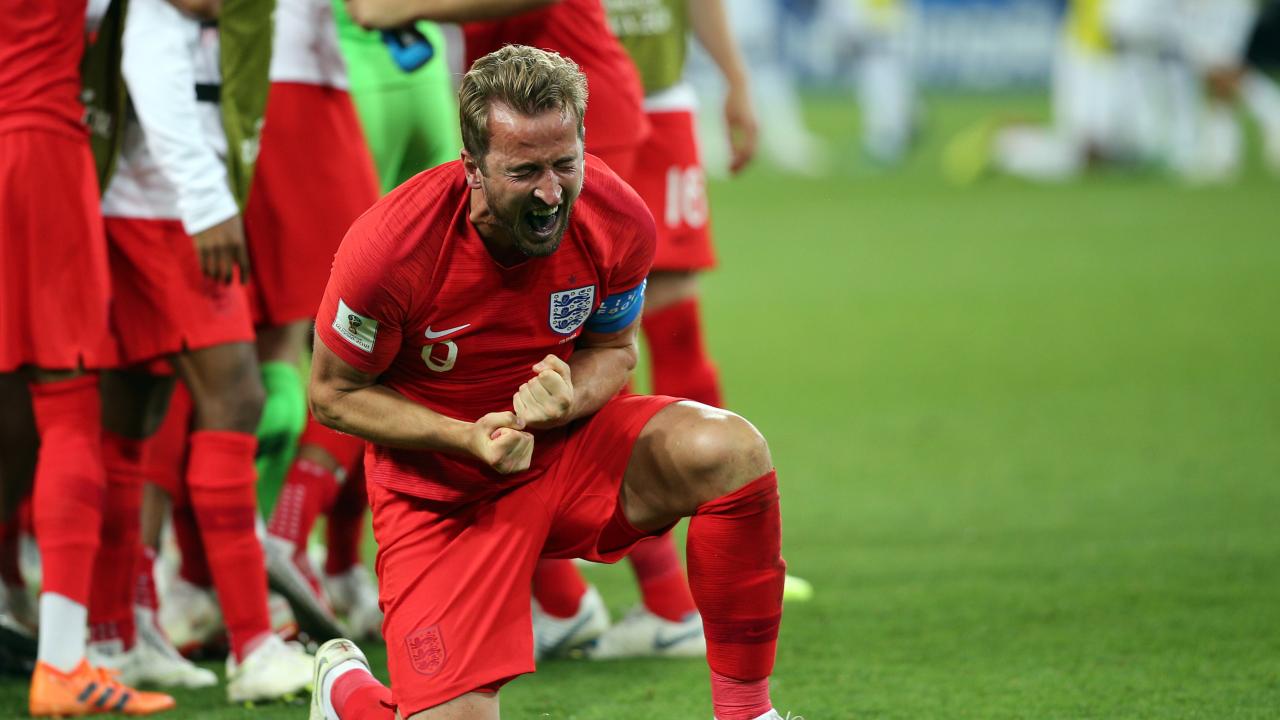 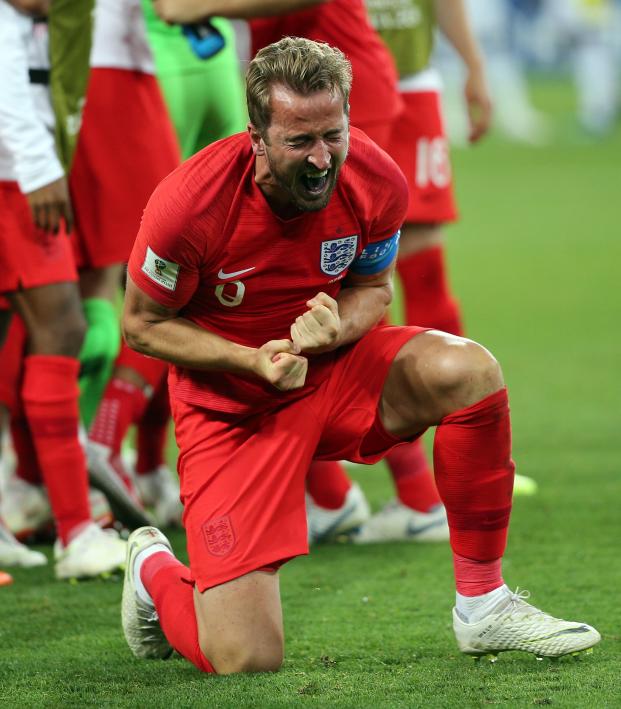 The18 July 6, 2018
World Cup Predictions for the final matches of the quarterfinals! England vs Sweden and Russia vs Croatia will take center stage. Who will advance?

The White Walkers from Sweden will meet the Three Lions from England. Can England keep this run going while having only scored one decent goal in the run of play? Or will the Swedes squeeze the life out of them? Then we go to Russia vs Croatia. Talk about impropable runs. Russia will try to bounce the heavily favored Croatians and keep Putin happy. WHAT WILL HAPPEN? WE DON'T KNOW, BUT WE'LL DAMN WELL TRY TO PREDICT IT. 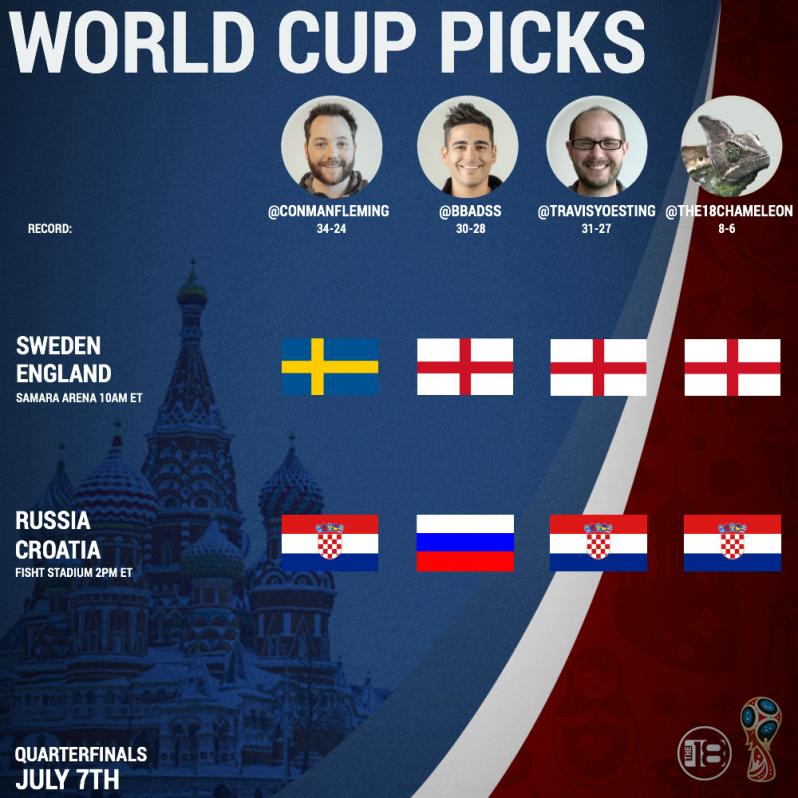 Connor: Sweden - England look so tough to play against in the 3-5-2 — they've got a structure and a plan for the future, but the future is not now. The now is Sweden. The now is Andreas Granqvist winning the Ballon d'Or.

Bryce: England - I think Sweden is the better team. But I don't understand this tournament and somehow England are going to make this happen. Sweden +210 to advance is killer value so I had to hop on that too.

Travis: England - I don't think England is all that great, but the Three Lions are playing as if they're actually going to win this thing. As long as England keeps playing less-talented teams or talented teams missing their best players, I don't see how Gareth Southgate's men lose.

Connor: Croatia - I mean, come on.

Bryce: Russia - Like I said, I don't know what the hell is happeneing. Russia-England World Cup semifinal kind of feels right in this messed up world.

Travis: Croatia - Russia has a huge advantage in this match. Croatia was looking dead tired against Denmark and the Russians have to be doping to have reached this point, so they'll be full recovered for the quarterfinal. That said, I don't think even Vladimir Putin wants to risk the scrutiny his team would face if it somehow reached the semifinals.