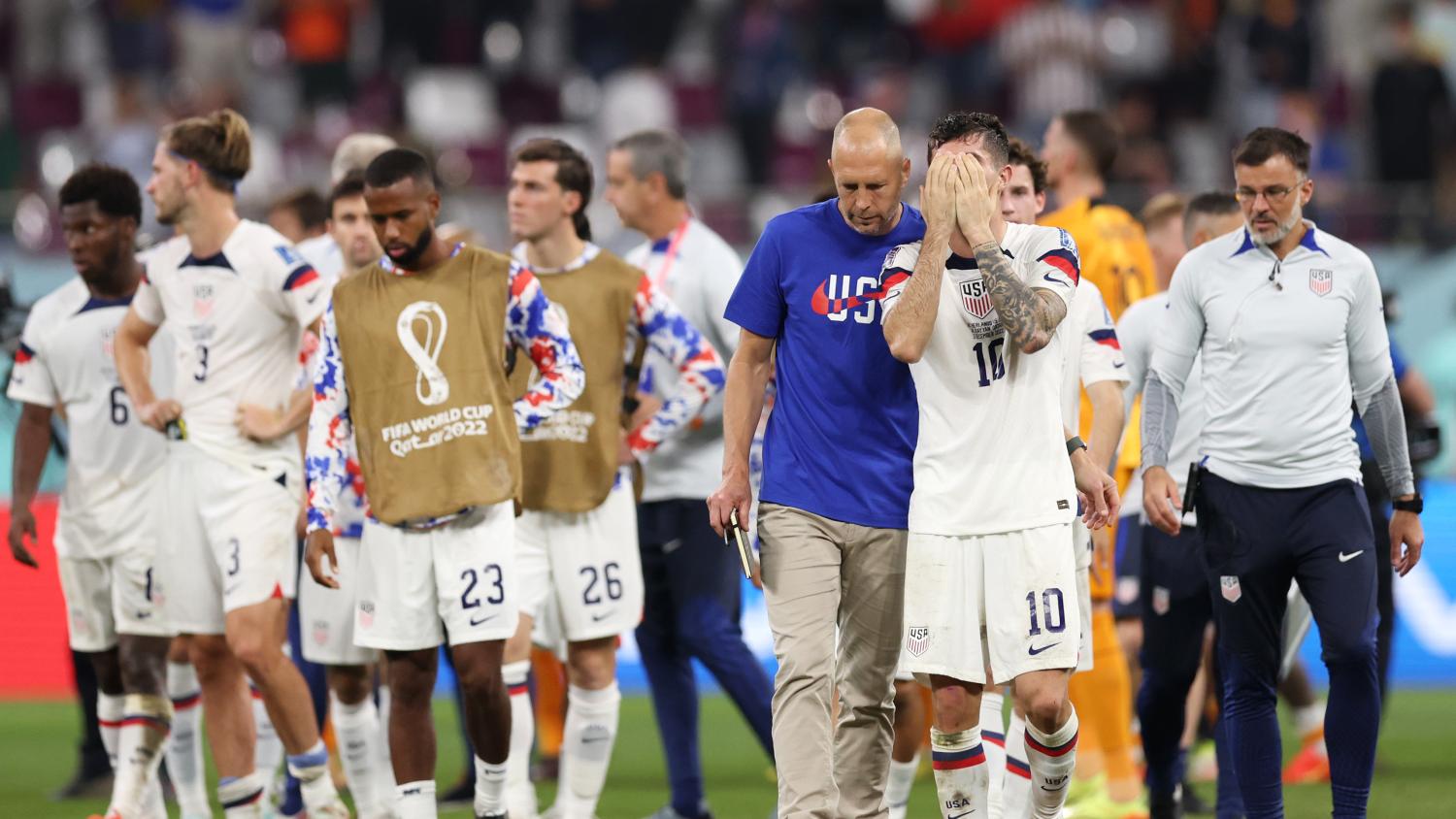 It could have ended differently.
Getty Images

The USA’s 2022 World Cup run ended in the Round of 16 on Saturday with a 3-1 loss to the Netherlands. It’s a game that could have ended differently for the Stars and Stripes who simply weren’t at their best.

This youthful American team will be disappointed in the loss but should be proud of their performances in the tournament. This team went undefeated in the group stage, outplayed mighty England and was the only Concacaf team to advance to the Round of 16.

For one last time let’s look at the three takeaways from the USA’s final game.

All three Dutch goals came courtesy of the U.S. defense not marking their opponents in the box. It’s hard to believe that this was the same team that didn’t concede a single goal from open play in the group stage. (The only team to do so.)

Netherlands was absolutely clinical on counter attacks and came into the game vs. the USA with a plan and executed.

Memphis Depay opened the scoring in the 10th minute. USMNT stud Tyler Adams made hardly any mistakes all tournament long. He finally proved he’s human and was too slow to get back and mark Memphis.

The second Dutch goal was more of the same. This time it was Sergiño Dest who fell asleep at the back post and allowed Daley Blind to double the lead right before halftime.

The Netherlands make it two!

In the final seconds of the first half, Daley Blind makes it 2-0 pic.twitter.com/pZThbgnKUK

The worst example of defensive marking was the third goal. Denzel Dumfries had an entire acre of space to work with. Antonee Robinson completely missed his mark and that was the dagger that killed the Americans.

The Netherlands scores a third!

Netherlands now leads the USMNT 3-1 late in the second half pic.twitter.com/HsmcVco9V2

The USA was tied with Poland for the fewest goals scored from the 16 teams that advanced out of the group stage. This team isn’t clinical in front of goal, and it showed.

Christian Pulisic was gifted a golden opportunity 129 seconds into the game. A chance that you would expect the USMNT No. 10 to put away in his sleep went begging.

What a CHANCE for the @USMNT!

The USMNT is knocking early against the Netherlands pic.twitter.com/PMuZwBYJuM

Tim Ream also had an opportunity to score in the 49th minute but couldn’t quite poke the ball in after a U.S. corner. Ream has only ever scored one goal for the U.S. so it’s hard to be that upset at him for not putting the chance away.

Another HUGE chance for the @USMNT! pic.twitter.com/H5fn3WyAwB

Wright then made an absolute mess of the chance.

Another massive chance for the USMNT! pic.twitter.com/SINfJrqmQp

If the USA was as good at finishing as the Netherlands, they could have won this game.

Starting Jesús Ferreira was a mistake. With Josh Sargent injured Berhalter had a tough call to make. Does he start Wright who hasn’t been impressive, Ferreira who hasn’t played a game in over a month or does Berhalter opt for a front three of Pulisic, Gio Reyna and Tim Weah?

Berhalter went with Ferreira. One of the worst displays from a striker imaginable followed. Ferreira was outclassed at every turn. He was rightly hooked at halftime for Reyna.

Does Berhalter lose his job? Not likely. Friday marked four years since Berhalter took over the USA head coaching job. In those four years he’s lead this team to a Concacaf Nations League title, a Concacaf Gold Cup triumph and a place in the Round of 16 at the World Cup.

He’s done all this with one of the youngest teams in history. His stern critics will call for his head, but they can’t say he hasn’t accomplished anything.

Someone Give Matt Turner A Big Ol’ Kiss

There was plenty of talk coming into the tournament over who should start in goal for the USA. Turner proved he was the correct choice with flying colors. Let’s take a moment to appreciate this double save.

The next time the USA plays in a World Cup will be in 2026 on home soil.