Travis Yoesting December 3, 2017
Jaye Boissiere curled in a wonderful strike to propel the Cardinal to the 2017 NCAA championship.

Stanford had lost a two-goal lead and Julie Foudy suggested the momentum was all with UCLA. Jaye Boissiere had other things in mind. Boissiere curled in a beautiful shot from 20 yards out in the 67th minute to propel the Cardinal to a 3-2 victory in the Women’s College Cup final in Orlando, Florida, on Sunday.

Stanford (24-1-0) won its second national title by finishing the season on a 22-match win streak. The Cardinal’s only loss came in August against Florida in Gainesville, not far from where the Women’s College Cup took place at Orlando City Stadium.

It was all thanks to the effort of Boissiere, a 5-2 sophomore who gave Stanford its first title since 2011 with this curling rocket. 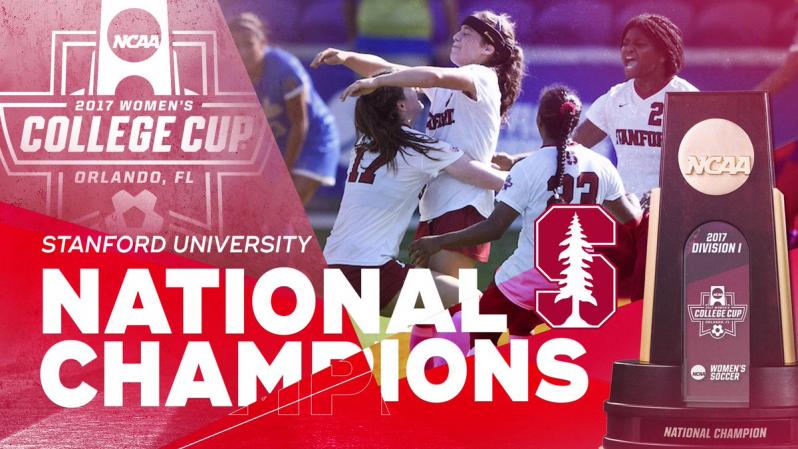 Stanford led 2-0 at halftime thanks to goals from Kyra Caruso and Andi Sullivan.

Caruso pounced on a mistake from the UCLA goalkeeper to give Stanford a lead in the 15th minute.

About 10 minutes later, Sullivan was played in behind the Bruins defense and found the requisite accuracy with her shot to fire the Cardinal to a 2-0 lead.

UCLA was given a lifeline when Jessie Fleming put away a penalty kick in the 54th minute. Four minutes later, Delanie Sheehan knocked home a corner kick to equalize.

This header by UCLA's Delanie Sheehan off a corner kick ties it! #WCollegeCup

But the good feelings didn’t last long for the Bruins thanks to the wonderful strike from Boissiere, which gave top-ranked Stanford a deserved national championship at the Women’s College Cup.