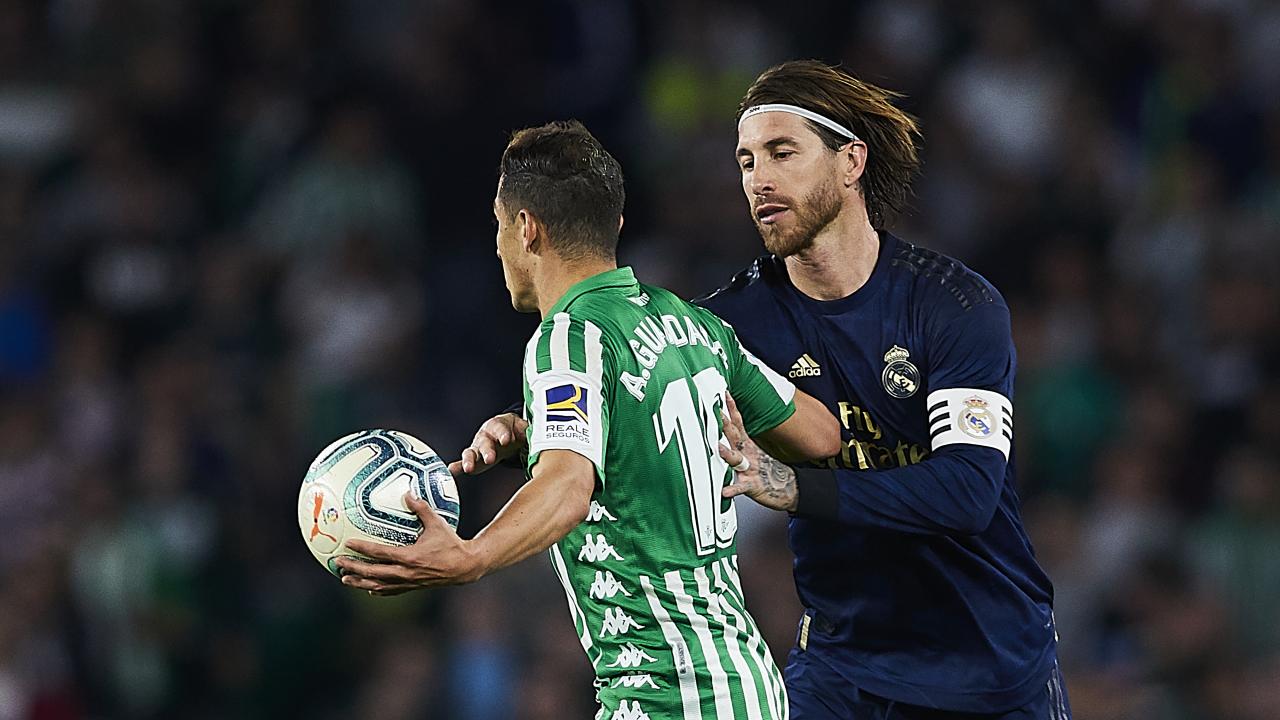 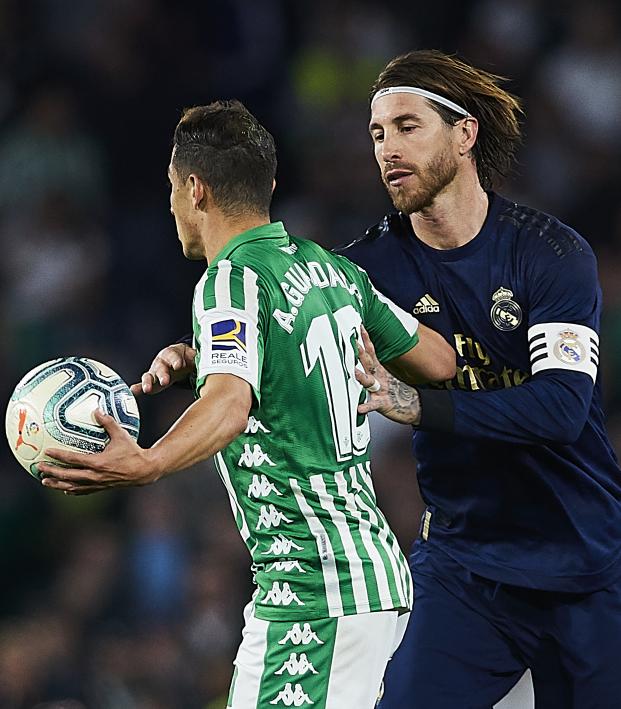 Country-By-Country Guide To When Soccer Will Return In Europe

Reuters May 11, 2020
Here are the latest developments across all of Europe's domestic leagues.

Professional soccer leagues around Europe are gearing up for a return to action following the novel coronavirus stoppage, but some are more advanced than others. Here is a roundup of the state of play.

When Will Soccer Return In Europe?

The Bundesliga season will restart on May 16, the German Football League (DFL) said, making it the first European league to resume amid the coronavirus epidemic. The DFL said the season would resume under strict health protocols, with no fans allowed in stadiums and several matches, including the Ruhr valley derby between Borussia Dortmund and Schalke 04, taking place on the relaunch day.

The German Cup semifinals will be played on June 9 and 10, with the final scheduled for July 4.

The 20 Premier League clubs have discussed plans for a resumption of training in May followed by a possible return to action in June. However, the league cannot take any steps until a government decision on possible changes to lockdown restrictions.

Clubs were informed that an eventual resumption of matches would see them played only at neutral venues approved from a health and safety point of view but remain hopeful they can still find a way to play games on the usual home and away basis.

LaLiga said on May 4 that first and second division teams could start training following a protocol it had agreed with Spain's sports and health authorities. It hopes to resume in June.

There is still doubt over whether Serie A can restart, with government ministers, the Italian federation, the Serie A league and clubs all giving conflicting information.

Clubs will be allowed to start team training from May 18, but the Italian federation's medical protocol — described as "insufficient" by sports minister Vincenzo Spadafora — remains a sticking point.

The season was called off by the government and PSG crowned champions. Lyon said they would claim damages after they were denied a European spot. Relegated Amiens and Toulouse also threatened to initiate legal action.

Albania's federation is awaiting a response from the government on a proposal to resume league matches without fans present and under strict medical protocols from May 20.

All league matches were postponed on March 8. The intention is for the season to be completed as planned.

Armenian Premier League clubs resumed training on April 23. The country's soccer federation said matches could resume in the second half of May or early June.

One of the first countries to allow training, the league now says the government's health guidelines — under which a whole team must be quarantined if a single player tests positive — make a restart unlikely.

The Azerbaijan Premier League had planned for a resumption of the competition a few weeks after the current lockdown ended. The government, however, extended the lockdown until May 31, making any return to action impossible before June.

Belarus was the only country in Europe playing soccer amid the coronavirus pandemic. On May 11, the country's football federation said one Belarusian Premier League match, scheduled to take place on May 15, and one first division (second-tier) game, scheduled for May 16 were postponed due to suspected COVID-19 cases.

The Belgians were the first country to cancel the rest of their season, but formal confirmation of the decision has now been postponed four times. However, any lingering hopes that the league might go back on a decision to cancel their season, and restart the campaign, ended on May 6 when the government extended a ban on sports events until July 31.

The Bosnian Football Association had a meeting on May 7 but no decision was made on whether the country's 12-team first division, which was suspended in early March, would resume.

Bulgaria's top division will resume on June 5 without spectators in a shortened format and end on July 11, the country's football union said. The Bulgarian Cup final will take place on July 4 and the following campaign will start on July 25, three days after the domestic Super Cup.

The Czech Republic's league is due to start on May 25.

A spokesman for the Cyprus Football Association told Reuters its board would meet in the coming days to discuss the resumption of fixtures. Teams can begin training from May 18 but only in open grounds and must follow physical distancing rules.

The Danish League Association (DLA) said the country's top-flight season would resume on May 28 in empty stadiums and the campaign would conclude with the Europa League playoff game on July 29.

Top-flight action in Estonia has been paused since March 13. The Estonian Football Association said players could start training from May 2 following a protocol it had agreed with the government.

Having avoided the worst of the pandemic, the modest Faroe Islands league resumed on May 9 with games played in empty stadiums.

Teams have been given permission to train again, although the Finnish FA has been criticized for some of its safety guidelines which have been described as "hazy" by one club director.

No restart date yet and the competition format is being reviewed by the football federation's working group.

Gibraltar's Football Association has called off the season and the top three in the standings at the time of the suspension — Europa FC, St Joseph's FC and Lincoln Red Imps FC — will qualify for Europe.

Players from some of the 14 Greek Super League clubs started outdoor training in small groups on May 5 while following strict social distancing rules. Teams are hopeful the season can resume on June 14 pending permission from the government.

The football association said that the season would restart on May 23 with two cup ties and a league game.

The top-flight season was scheduled to kick off on April 22 and conclude on Sept. 26. This, however, has been delayed. The league is now preparing to begin the new campaign on June 14 if possible.

The Football Association of Ireland is currently awaiting a green light from the country's Health Service Executive and the league hopes to start in June.

Top-flight soccer will resume on May 30, but fans will not be allowed into stadiums.

Clubs were allowed to resume outdoor training from May 4 and the league management has said matches could resume in June if the situation is favorable. There will be fewer matches so that the season can end on schedule.

The 12-team top division was suspended in mid-March and no date has been set as to when it might resume.

All football competitions in the country were suspended after Latvia declared a state of emergency on March 13. The government authorities said as long as emergency regulations are in place, competitions will not be allowed to resume.

Teams in the Lithuanian top flight have been allowed to train since April 30 and the government said it is looking into allowing matches to go ahead. Precautions to be taken during matches have not been announced yet.

Season abandoned. No champions or relegated teams. The top four teams at the time of the suspension qualify for Champions League/Europe League. Next season will be transitional with 16 teams in the top flight instead of 14.

The Moldovan Football Federation has been consulting clubs from the National Division on the best ways to resume training and games. The federation has not provided an approximate date for the league to resume.

Return to team training has been scheduled for May 18 while league games are to resume on June 1 without fans, depending on how effectively the pandemic is curbed.

The Dutch FA called time on their season on April 24 after the government banned public events until September. No champion was declared, but it was decided the top five teams at the time of the suspension of the league would compete in next year's European club competitions.

The country's soccer governing body is yet to set a date for a possible return to action as it requires the health ministry's approval.

Soccer in Northern Ireland has been suspended until at least May 31 with no indication when or if the season will resume.

Norway's Minister of Culture and Sports, Abid Raja, said elite football clubs could resume training from May 7 with a view to resuming the season from June 16.

The league has announced that it will restart on May 29.

The Primeira Liga plans to restart on May 30. Teams began training on May 4. Government guidelines said competition should take place in the minimum possible number of stadiums with strict health and safety protocols in place. Portugal's guidelines state players testing positive must be isolated but the implementation of regular testing should mean collective quarantine is not necessary.

Romania will begin to relax its nationwide lockdown from May 15 and the country's domestic soccer federation (FRF) is hoping the league can re-start in June. FCSB, formerly Steaua Bucharest, resumed team training in violation of the ban on outdoor gatherings and Sports Minister Ionut Stroe said they could be fined.

The Russian Premier League has put forward a plan to resume the season on June 21 or 28 and proposed two solutions to clubs for the campaign to re-start, with eight rounds remaining. The league has been discussing with health authorities the best way to resume group training sessions.

Training centers and sports clubs can only open from May 31 which means there is little chance of the championship restarting.

Scotland's 42 professional clubs voted digitally last month on a proposal to end the season across the lower tiers and in the top-tier Premiership if it becomes clear that the campaign cannot be completed. The second, third and fourth tier leagues have ended their seasons after the resolution was passed with a majority vote.

Serbia's first and second division will resume on May 30 behind closed doors in a changed format. The decision means the top two tiers comprising 16 clubs each will play another four rounds of matches to complete the regular season, while championship and relegation playoffs requiring an additional seven rounds were scrapped.

The Slovak League is hoping to complete the season. Teams are training but the league says it won't re-start before June 6 at the earliest. The league is also drawing up plans for a shortened end to the season and plans in case in can't finish at all.

With no return date in sight yet, the Slovenian Football Association issued a public statement on May 6 saying that clubs will find it increasingly difficult to stay afloat if competition does not resume in the near future.

Sweden has avoided a full lockdown and many teams are already back in training. Play could restart on June 14.

The government has given permission for matches to restart on June 8 and teams returned to training on May 11. However, the football league said there were still numerous financial and health issues to be resolved. The league is due to make a decision at an assembly on May 29 and a resumption before June 20 looks unlikely.

The last meeting of the Ukraine Football Federation was on April 29. There is no decision or plan so far. The Ukraine Premier League wants to complete the league and cup season but says it cannot make any plans until the government announces its measures for easing the lockdown.

The Wales FA extended the suspension of all domestic soccer in the country until at least May 15 but has said it is keen on finishing the top-tier campaign.