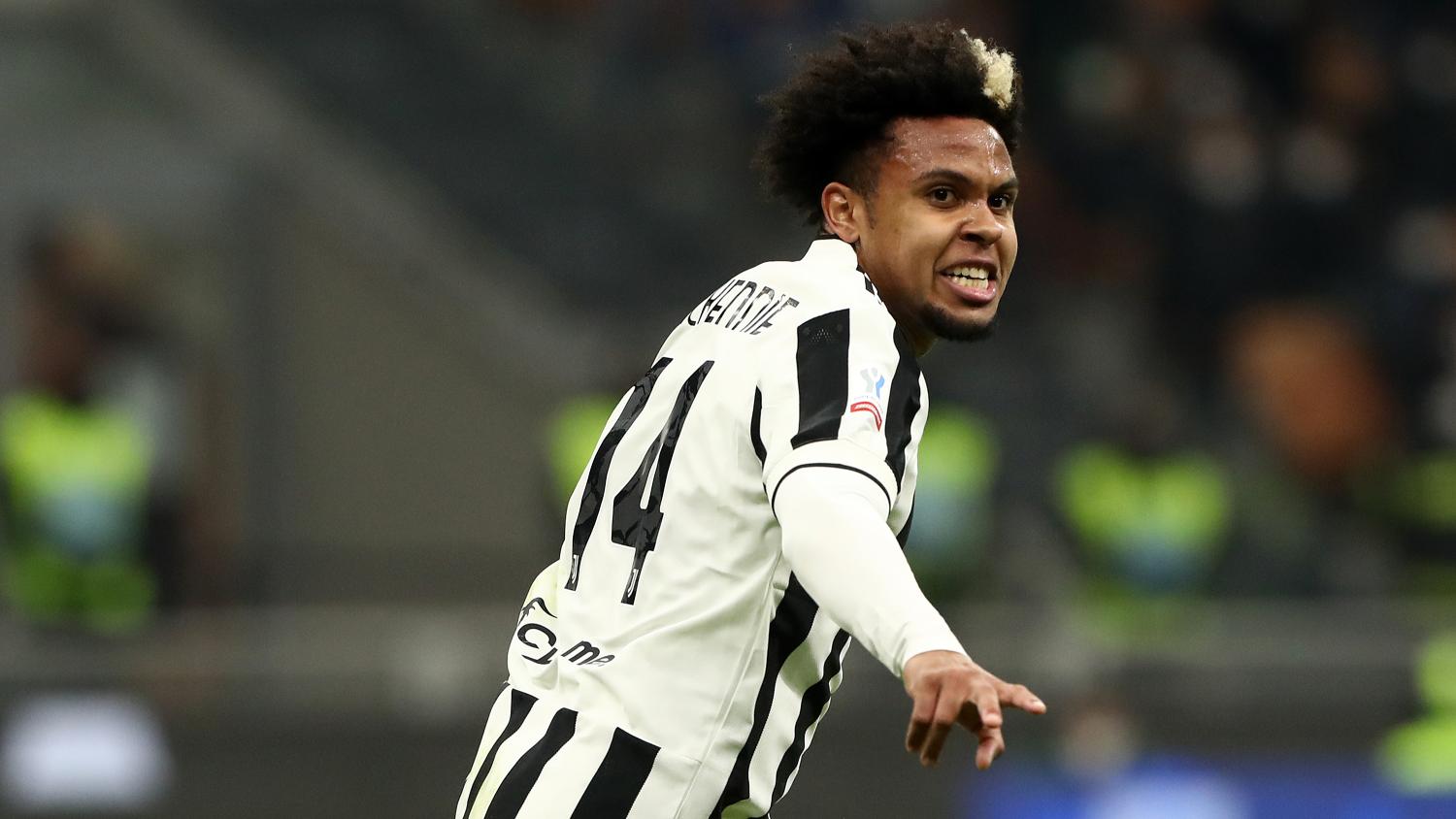 McKennie scored the opener for Juventus, whose players responded by grabbing as much hair on his head as they could.
Getty Images

Heading into what could be one of the biggest years of his career, Weston McKennie is playing superbly right now. The Juventus midfielder has played every second for the club in 2022, including all 120 minutes in the Supercoppa Italia on Wednesday at the San Siro. Though Inter Milan pulled off a 2-1 comeback to take the trophy, McKennie scored a great goal, after which we saw how much his teammates love him — or at least how much they really want an excuse to touch his gorgeous hair.

McKennie opened the scoring in the Supercoppa, the first American to score in the competition. Lautaro Martínez equalized with a penalty and Alexis Sánchez scored with the final kick of the game to secure the trophy, which is played by the winners of Serie A (Inter) and the Coppa Italia (Juventus).

Though McKennie will be disappointed to have not held on for the win, Americans will be happy to see the midfield dynamo in such stellar form heading into three big World Cup qualifiers at the end of the month. McKennie now has three goals this season, adding to his goals in back-to-back Serie A matches in October.

Juventus took the lead in the 25th minute when Álvaro Morata recycled a cross back into the box. Despite McKennie being the only Juventus target, he managed to outjump all defenders to nod in from short range.

After running away in celebration, McKennie’s teammates all seemed to want to touch his hair, as if it was some sort of reward after scoring. I count eight different players touching his hair, with many, like fellow midfielders Adrien Rabiot and Manuel Locatelli, getting a fistful of McKennie’s mop.

This probably isn’t really the place to get into it, but it must be reiterated that you shouldn’t be touching a Black man’s hair in the work place without permission. And you really shouldn’t ask to touch it either. But McKennie didn’t seem to mind and everyone was ecstatic after seeing the Texan open the scoring.

Unfortunately for McKennie and his teammates, that was the high point of the match for them.

Inter Milan had most of the possession and far more chances, racking up 23 shots to eight for Juve. Martínez equalized from the spot after Edin Dzeko was felled by Mattia De Sciglio in the box and the match went to extra time.

Just when it looked like the game was heading into a shootout, Alexis Sánchez capitalized on Alex Sandro’s bizarre decision to chest the ball to a teammate in the box under pressure. Sánchez swooped in to tap in the match winner right as the clock stuck 120:00 for the latest goal in Supercoppa history.

ALEXIS SANCHEZ WINNER IN THE 120TH MINUTE. THE SCENES. pic.twitter.com/fuQiKUb0ck

McKennie and Juventus now must regroup with a Serie A match on Saturday against Udinese before starting their Coppa Italia defense on Tuesday against Sampdoria. Inter gets an extra day of rest before taking on Atalanta on Sunday and then Empoli in the Coppa Italia on Wednesday.

Soon after, McKennie will join up with the USMNT to play El Salvador (Jan. 27), Canada (Jan. 30) and Honduras (Feb. 2) in Concacaf World Cup qualifying. Americans will like their chances if McKennie retains this form. At least Sánchez doesn’t play for Canada.