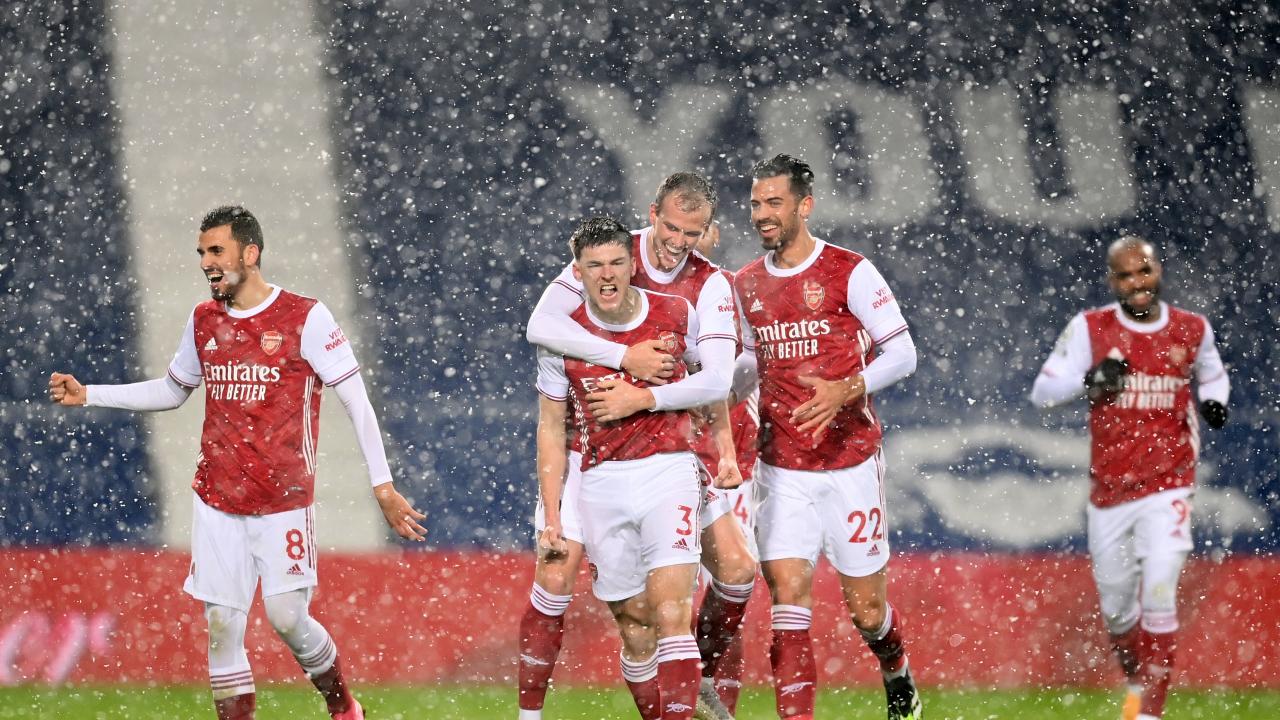 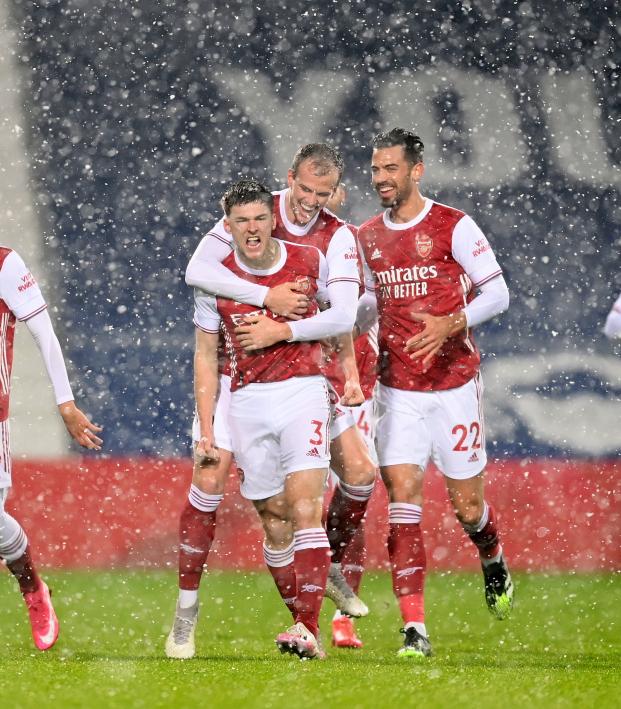 Travis Yoesting January 2, 2021
The Gunners have won three straight after a 4-0 win over West Brom.

After Kieran Tierney scored a stunning solo goal on Saturday, I texted a bad joke to a friend saying that was definitely Arsenal’s best goal of the year. Within minutes I had to take it back as the Gunners had combined for one of their trademark beautiful team goals on the way to a 4-0 win over West Brom on Saturday at a snowy Hawthorns.

Perhaps having watched the Men In Blazers Arsène Wenger special this week, Arsenal looked like the Gunners of old with a free-flowing, fun-to-watch offense. Tierney started the scoring but Bukayo Saka netted one five minutes later while Alexandre Lacazette scored two five minutes apart in the second half. Arsenal has now won three straight in the Premier League for the first time all season.

TODAY. Arsène Wenger joins The Men in Blazers Show to reflect on a career that transformed football as we know it. Watch him describe his philosophy on the game we love below.

Much of Saturday’s game was played in snowy conditions. I can’t think of a sport that isn’t improved visually by playing it in the snow. I’ll watch an NFL game for which I couldn’t care less about the outcome if it’s played in a heavy snowstorm, and no USMNT will ever forget the Snowclasico. Saturday’s match at the Hawthorns had the perfect mix of snowy weather without ruining the condition of the pitch — sadly, the only way to watch live in the States was on Peacock. 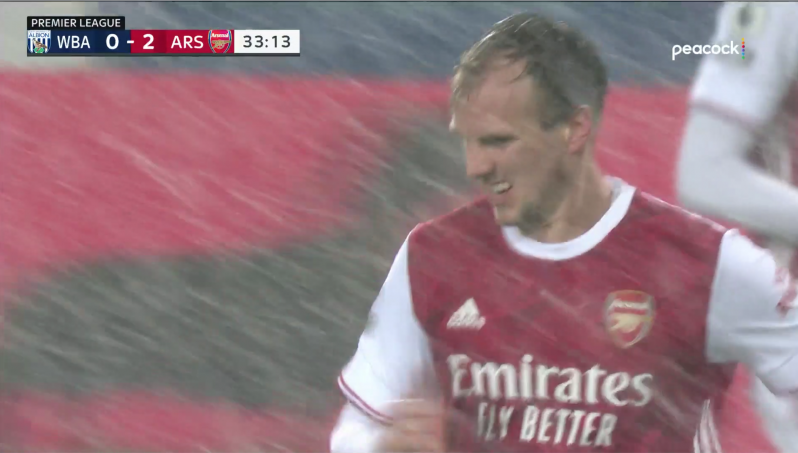 This game was fun to watch, assuming you can afford Peacock.

Temperatures were 32 degrees (Fahrenheit) at kickoff and most players opted to wear gloves, long sleeves and — for a few of the Gunners — leggings. Pants are not technically allowed for outfield players, but you can get away with wearing leggings under your shorts. Pierre-Emerick Aubameyang, Alexandre Lacazette, Dani Ceballos and Ainsley Maitland-Niles all looked great with leggings, and they were probably warmer than everyone else on the pitch.

Despite the snow, Tierney brought the heat with a goal all of his own making in the 23rd minute. The Scottish left back cut inside before blasting a shot with his weaker right foot to open the scoring.

I was still texting a friend about the beauty of the goal when Arsenal decided to do one better. Started by 20-year-old Emile Smith Rowe and finished by 19-year-old Saka, Arsenal’s second recalled images of wonder goals from Tomáš Rosický, Dennis Bergkamp, Thierry Henry and Jack Wilshere.

Despite its struggles in league play this season, Arsenal looked a dominant force against West Brom. That dominance was finally displayed on the scoreboard when Lacazette completed his double in a short time span in the second half.

The first came after some slapstick defending gave Lacazette a simple finish from close range. The second was the result of a well-timed run and well-placed volley from even closer range.

The Frenchman’s strikes at the 60th and 64th minutes ensured all three points for Arsenal, which jumped up three spots to 11th place in the league table. The Gunners also moved into positive goal difference for the season and gave fans something to celebrate after an up-and-down (mostly down) 2020.