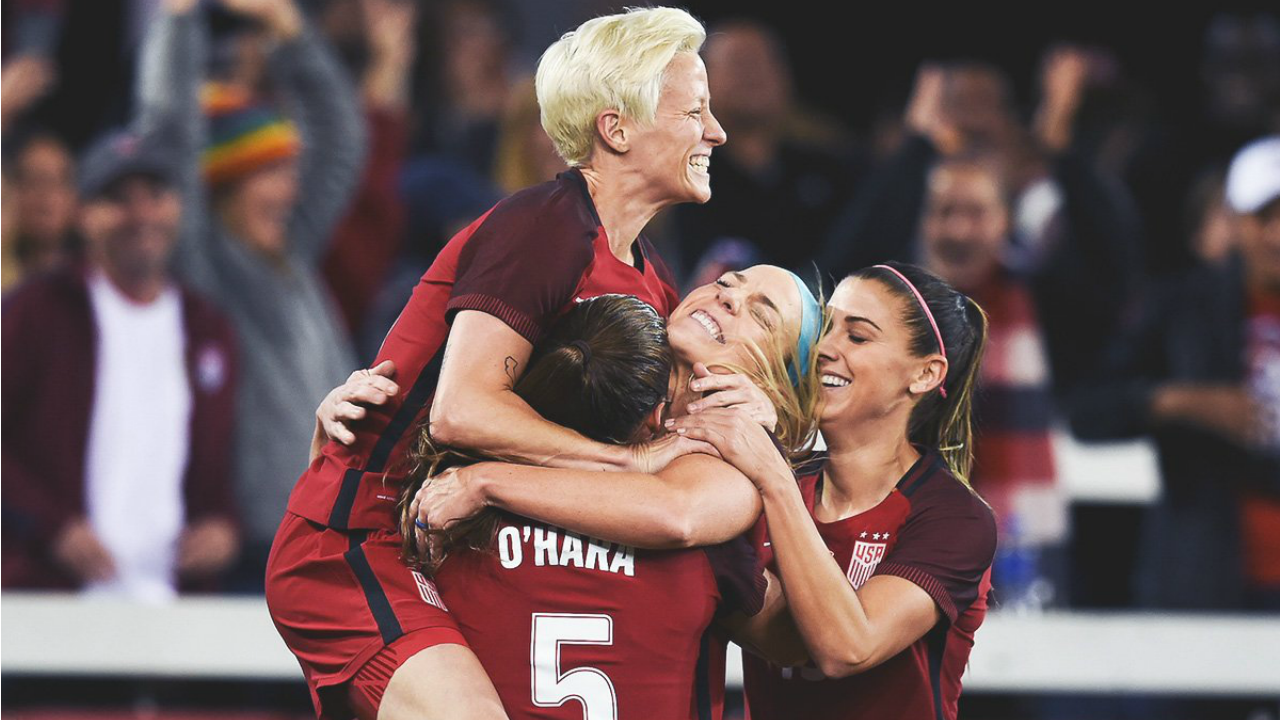 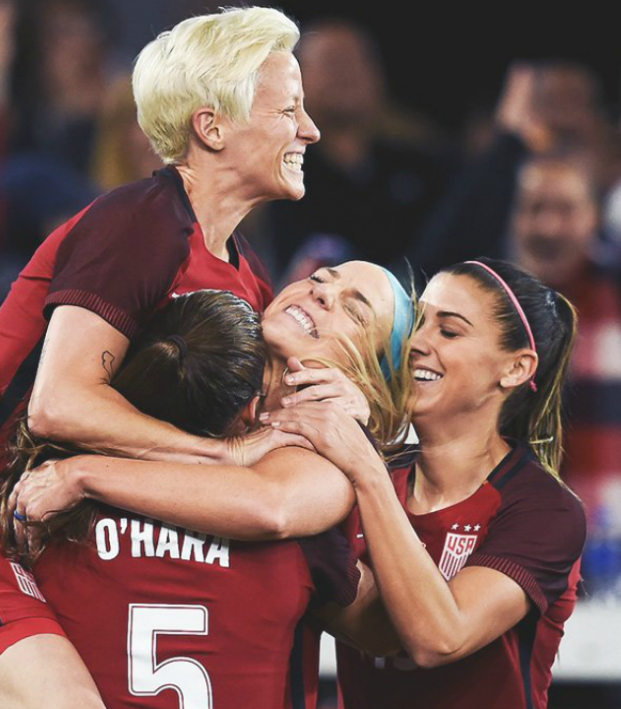 Connor Fleming February 26, 2018
Heading into a World Cup year, the SheBelieves Cup has an added significance in 2018.

USWNT coach Jill Ellis revealed the final 23-player squad for the 2018 SheBelieves Cup on Friday. The tournament will see the world’s No. 1-ranked side (the U.S.) host Germany (No. 2), England (No. 3) and France (No. 6) in a round-robin tournament across three cities — Columbus, Ohio, Harrison, New Jersey, and Orlando, Florida.

With the 2018 CONCACAF Women’s Championship looming in October (which will serve as qualifiers for the 2019 World Cup) and the main event in France kicking off next summer, this edition of the SheBelieves Cup will be an important proving ground for both new talent trying to break into the squad and veterans trying to retain their places.

Here are five USWNT players to watch at the 2018 SheBelieves Cup. 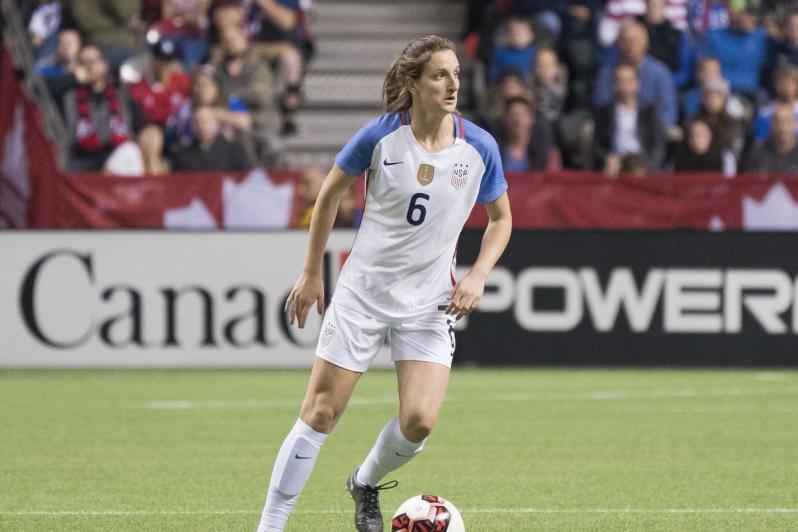 With both Samantha Mewis and Tobin Heath ruled out of the 2018 SheBelieves Cup through injury, Andi Sullivan beat out Rose Lavelle to join an experienced USWNT midfield core that includes the likes of Carli Lloyd and Morgan Brian.

Sullivan helped Stanford to the 2017 NCAA Women’s Soccer Championship and won the Hermann Trophy before being selected No. 1 overall in the 2018 NWSL College Draft by the Washington Spirit.

She made her USWNT debut in 2016, but an ACL injury suffered later that year has contributed to a total of only seven more international appearances since then. Sullivan will be looking to score her first goal for the States at the SheBelieves Cup. 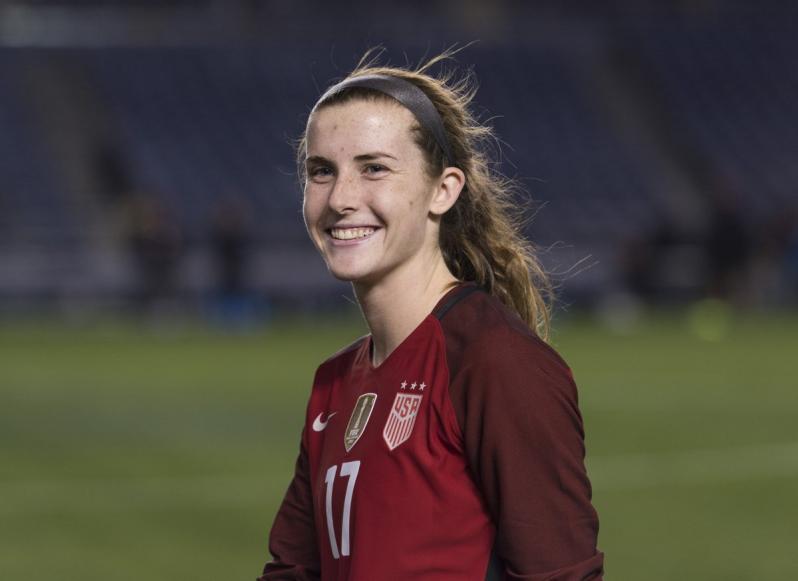 The future of the U.S. defense. Photo: @StanfordWSoccer | Twitter

In the USWNT’s first match of 2018, a 5-1 drubbing of Denmark back in January, 19-year-old center half Tierna Davidson was widely hailed after making her debut and going the full 90 minutes alongside Abby Dahlkemper in the heart of defense.

Davidson, who joined her U-20 teammates at the CONCACAF Championship directly after the match, is the only player on the roster who’s a non-professional — she just finished her sophomore season at Stanford.

With veteran Becky Sauerbrunn missing the tournament with a foot injury, expect to see more from Davidson at the SheBelieves Cup. 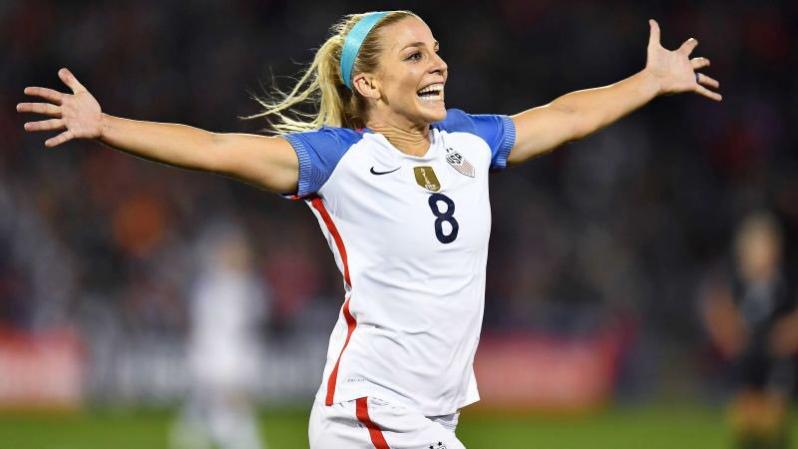 The USWNT needs more of the same from Julie Ertz. Photo: @ecgy07 | Twitter

Julie Ertz was named the 2017 USWNT Player of the Year, and the award was thoroughly deserved. The center back/defensive midfielder/attacking midfielder scored six goals for the U.S. in 2017, including strikes against Brazil and Canada.

She continued her ridiculous run of goalscoring with another strike against Denmark on January 21, her 15th goal in 58 international appearances. Ertz has been included in the roster as a midfielder, where she played for club side Chicago last season while scoring four goals and adding three assists in 22 games.

Germany, England and France will need to game plan for the Arizona native, but she’s been pretty much unstoppable over the last year. 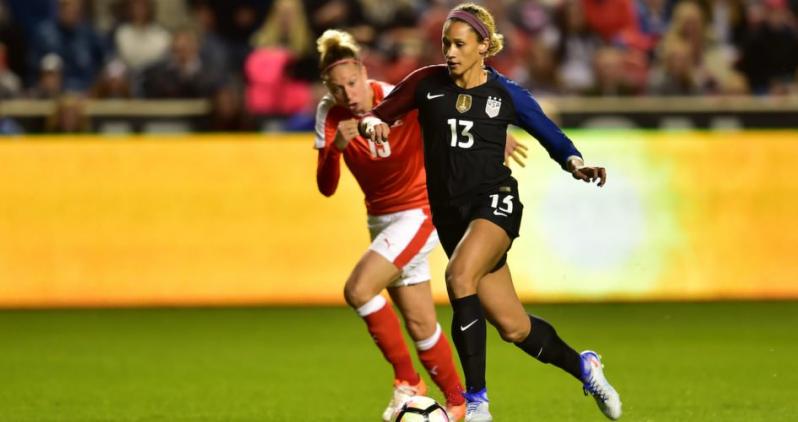 Is it time for Lynn Williams to lead the attack? Photo: @ExcelleSports | Twitter

2017 was a breakthrough season for California native Lynn Williams. Williams was one of the most consistent forwards in NWSL play throughout 2017, scoring nine goals and adding five assists for NWSL Shield winners North Carolina Courage.

She also turned her club form into success with the USWNT, scoring three goals in 2017, including a goal against Germany at last year’s SheBelieves Cup (the only goal of the tournament for the States).

2018 should be an even bigger year for the former Pepperdine Waves standout. 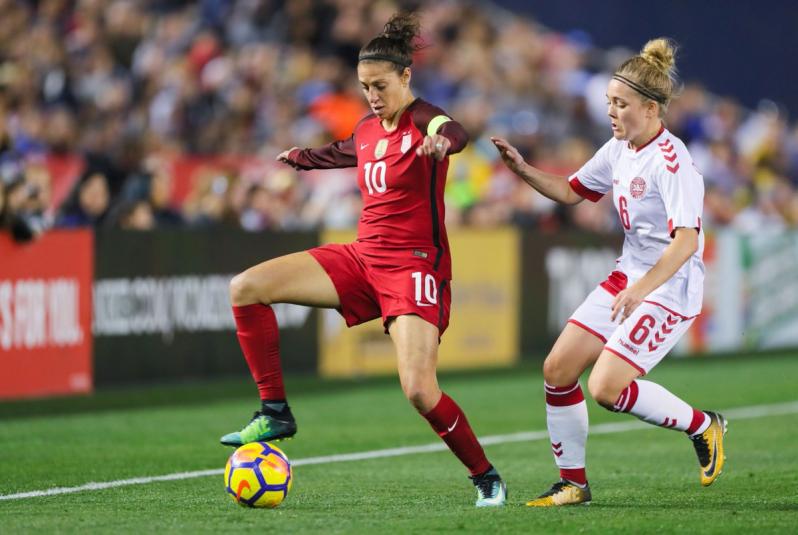 Can Lloyd rebound from a disappointing year? Photo: @allibecc | Twitter

There are two reasons to watch Carli Lloyd closely at the SheBelieves Cup: (1) She’s two goals away from becoming the sixth player in U.S. history to score 100 international goals, and 100 goals would tie her with Tiffany Milbrett for fifth all time in USWNT history. Only Michelle Akers, Kristine Lilly, Mia Hamm and Abby Wambach have scored more.

(2) Now approaching her 36th birthday, what can we expect of Lloyd come the 2019 World Cup? 2017 was certainly an off year by Lloyd’s standards. She returned from her Manchester City loan with an injury and played a negligible role with Houston during the 2017 NWSL season, scoring two goals in eight appearances.

She also only scored two goals for the USWNT in 2017, a penalty against Russia and one against Canada last November. She’s since gotten her wish to return closer to home with a trade to New Jersey’s Sky Blue FC in the NWSL, and we’ll see how that move manifests itself out on the pitch in 2018.