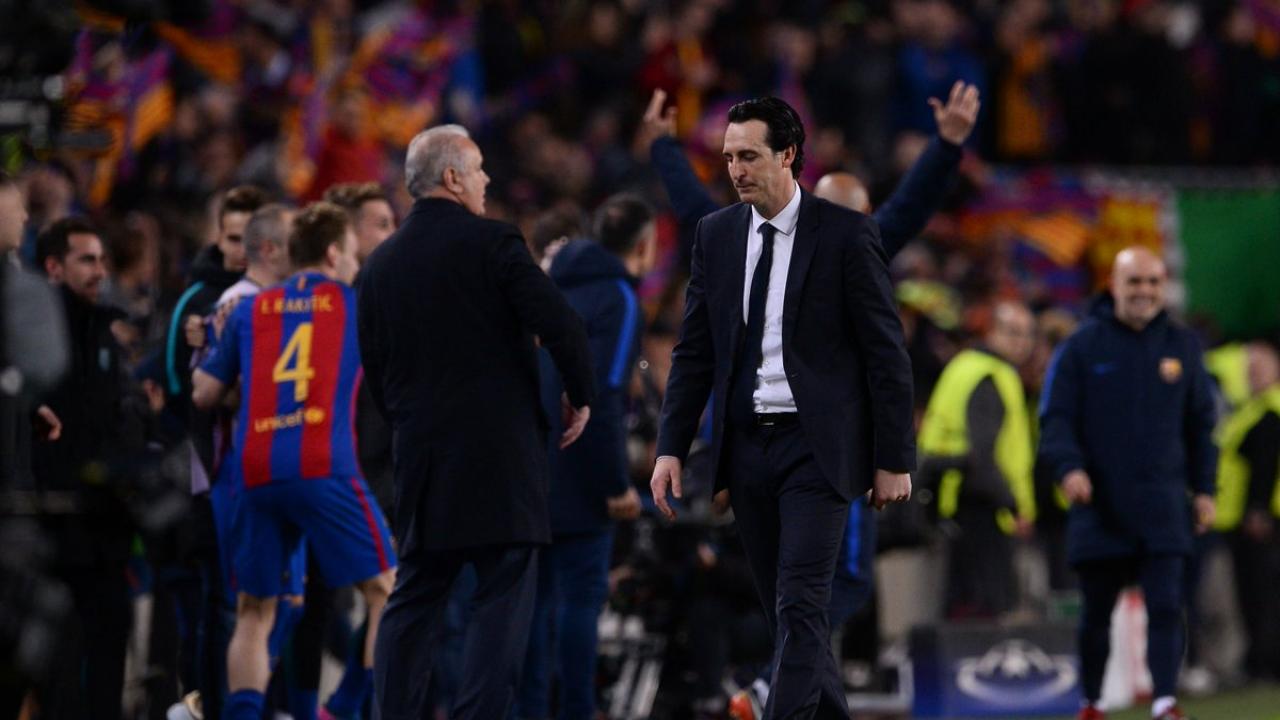 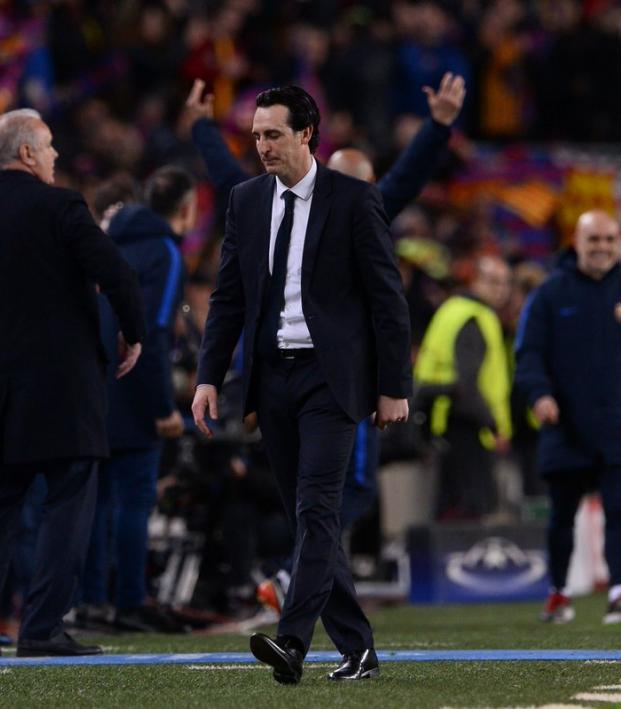 Has Unai Emery Become A Dead Man Walking As Manager Of PSG?

Barcelona’s historic comeback on Wednesday night will serve as a landmark for Champions League football for as long as the competition exists. After that horrific performance in Paris that saw the Catalan side thrashed 4-0, it’s safe to say that nobody outside of Barcelona thought they could mount a comeback. Yet somehow they managed to pull through to the quarters, even with giving up the away goal that many expected to be their demise.

It started early with Luis Suarez and it ended with the most unlikely of heroes — Sergi Roberto applying the finishing touch in the 94 minute to send the Camp Nou into a frenzy.

With all that said, as much as it was an unbelievable comeback, it will also go down alongside the Miracle of Istanbul as the worst collapse in Champions League history. The man who must shoulder the blame is, of course, the manger, Unai Emery.

After the match, Emery was pointing at the referee, blaming some of his decisions for PSG’s elimination. In fairness, the referee did not have a good game. Barcelona’s second penalty shouldn’t have been called, PSG had two legitimate penalty calls dismissed and Marco Verratti should’ve been sent off in the last minute for his second bookable offense.

Some will blame Emery’s approach and tactics, but the primary reason that PSG are out of the Champions League is because they were not emotionally ready to play this game. Despite the comeback, Barcelona, by their own standards, actually didn’t play that well against PSG. Barcelona landed 10 shots on target throughout the entire game but collected six goals. All six of Barca’s goals, particularly the first two, were scored off catastrophic mistakes by PSG.

How can an experienced backline allow a ball to bounce in their own six-yard box? Why didn’t Marquinhos just clear the ball when Iniesta was right behind him? Why did Di Maria commit a foul in a dangerous area when there was no threat? How did Luis Suarez get in front of PSG’s defense from a long ball in the 89th minute? Why was Sergi Roberto unmarked in the box in the 94th minute?

How could PSG get themselves into this situation after scoring an away goal and Barcelona needing another three to go through?

These mistakes occurred because PSG was not mentally and emotionally ready for this game. They came out timid and afraid, resulting in two awful early goals. That fueled the belief of Barcelona and the Camp Nou, while Emery couldn’t arrest the slide.

Playing Barcelona in the Camp Nou isn’t easy, but there have been other teams that have won the first leg with a similar scoreline and managed to finish the job in the return leg.

Bayern Munich in 2012-2013: The Bavarians beat Barcelona 4-0 in Munich and 0-3 in the Camp Nou. This was the blueprint PSG should've followed.

Chelsea in 2011-2012: After winning 1-0 in London, Chelsea were losing the second leg 2-0 and down a man. They fought back and managed a 2-2 result to get into the Champions League final.

Inter Milan in 2009-2010: Having won the first leg 3-1, Jose Mourinho’s Inter Milan side played almost 60 minutes with a man down after Thiago Motta’s red card. Despite Pique’s late goal, it wasn’t enough to prevent Inter Milan from getting to the final.

Those Chelsea and Inter Milan teams were inferior to PSG in terms of individual quality, but they managed to eliminate Barcelona while playing without a similar margin for error and with a man down. How? Because they were emotionally and mentally ready for anything that could happen in the match, and they could defend resolutely if need be.

Both teams had a man sent off early in the game, but they stayed calm and adapted to the situation. PSG are loaded with talent, but they panicked almost any time a Barcelona player approached their 18-yard box.

The only person to blame for PSG’s humiliating exit from the Champions League is Unai Emery. A defeat like this could be forgiven if it was an inexperienced side with young players, but this is a side that’s setup to win right now.

It’s unacceptable for a team that’s spent millions on bringing in the best players in the world and aspiring to win the Champions League. The fact that a lot of these world-class players weren’t emotionally and mentally ready shows a lack of determination and preparation. At this time, I’m surprised that Emery hasn’t been relieved of his duties.

Even if Emery stays on for the remainder of the season and ends up winning the league title, his days are numbered. This is too bitter of a pill to swallow for the PSG heirarchy. PSG didn’t sign Emery to win another Ligue 1 trophy, they brought him in to win the Champions League. If they can’t eliminate Barcelona after winning the first leg 4-0, what makes anyone think PSG can win the Champions League in the near future with Emery?