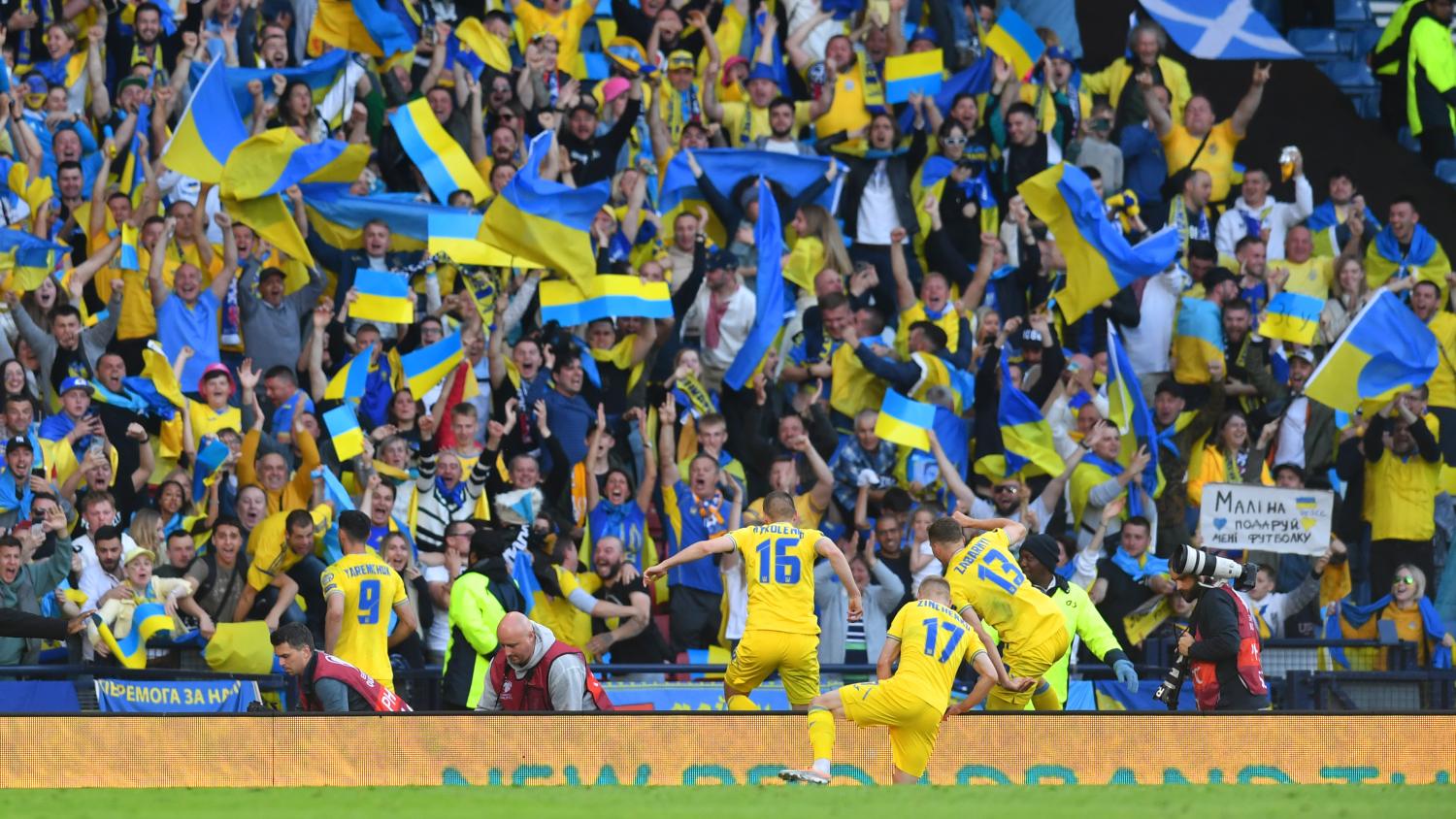 It's Ukraine vs. Wales on Sunday for a spot in Qatar.
Getty Images

It's been 97 days since Russian forces stormed into Ukraine with a siege of Chernihiv, efforts to capture Kyiv, an assault on Kharkiv and the opening of a southern front.

Days after the invasion began, the Ukrainian Premier League came to a halt with all clubs supporting the Ukraine government's implementation of martial law. Ukrainian footballers abroad, like Roman Yaremchuk of Benifca and West Ham's Andriy Yarmolenko, became impromptu spokespeople for their nation's cause while dealing with the uncertainty of the health and welfare of their family and friends back home.

All of this served as the backdrop to Wednesday's World Cup playoff semifinal as Ukraine, attempting to qualify for the tournament for the first time since its only appearance in 2006, took on an equally desperate Scotland (no appearances since 1998) at the ferocious confines of Hampden Park in Glasgow.

The world wondered how Ukraine would handle the emotional toll. Sixteen of the squad's 26 players were home based. Vice-captain Oleksandr Zinchenko had struggled to hold back the tears during a pre-match press conference.

"Every Ukrainian wants one thing: to stop this war," Zinchenko said. "I have spoken with people from all over the world, I have spoken to Ukrainian kids who just don't understand what's happening, and they have one dream: to stop the war. But when it comes to football, we have our own dream: We want to go to the World Cup."

It'd be dishonest and disrespectful to build that ambition up as the far-fetched aspirations of a ragtag collection of underdogs fueled only by emotion. Ukraine's qualified for the last three European Championships and advanced to the quarterfinals in 2021. At best, they were only ever going to make the playoffs in a qualifying group with the world's best team, France, but they didn't lose a match all cycle, including two draws with Les Bleus.

From a purely USMNT sporting perspective (the winner of this playoff joins the U.S., England and Iran in Group B), there's no doubt that you'd have rather seen Scotland win this one and then beat Wales. Ukraine is damn good, and they went about showing that by silencing 50,000 on Wednesday.

The visitors' threat across the midfield, where they had both numerical and technical superiority, was on display throughout the opening 45 minutes as Ukraine collected nearly 60 percent possession with Manchester City's Zinchenko dictating the tempo.

Right winger Yarmolenko opened the scoring in the 33rd minute with a darting run that was picked out by Atalanta playmaker Ruslan Malinovskyi, and the West Ham attacker's first touch and lob were flawless.

UKRAINE GOES UP 1-0 OVER SCOTLAND IN THE WORLD CUP PLAYOFF pic.twitter.com/kS81s90YIX

The only reason the scoreline wasn't greater than 1-0 at the half was because of the play of Scotland keeper Craig Gordon, but Ukraine's second arrived just four minutes after halftime. Right back Oleksandr Karavayev provided the service and Yaremchuk the cushioned header.

Scotland finally found its feet around the hour mark, and a period of sustained pressure led to a halving of the deficit in the 79th minute through Callum McGregor.

SCOTLAND GET ONE BACK AND ARE STILL ALIVE pic.twitter.com/DUbXtiArFb

Scotland finished with 14 shots and four on target, but Ukraine showed great resolve throughout the final period of play and put things beyond doubt in stoppage time with a third from Artem Dovbyk.

UKRAINE WILL FACE WALES FOR A SPOT IN THE WORLD CUP pic.twitter.com/cjgHgOyAp5