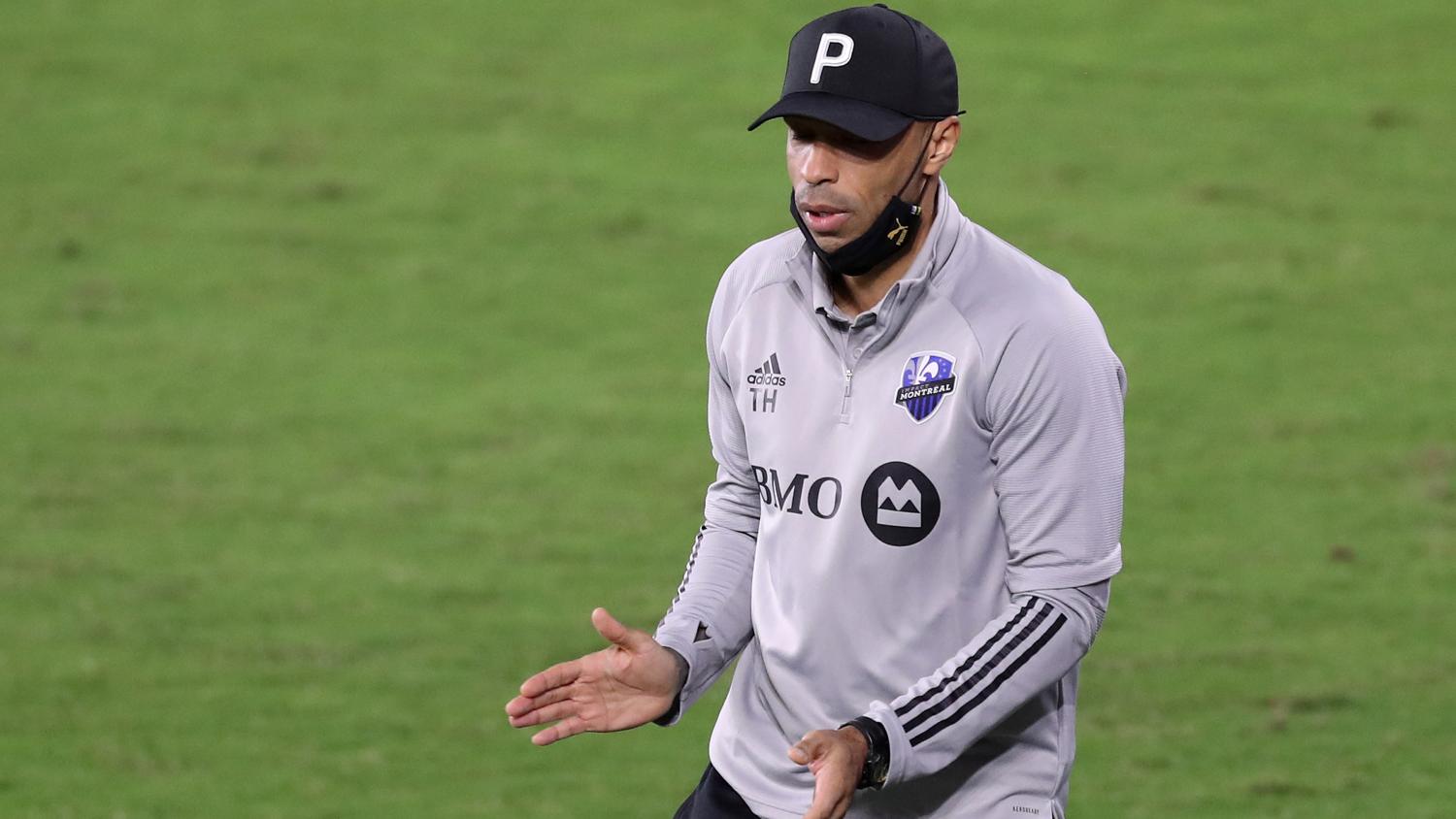 CF Montreal's plan for Thierry Henry to lead a turnaround in the MLS club's fortunes ended abruptly on Thursday as the former French international stepped down as head coach after one season due to family issues.

The World Cup winner, who guided Montreal to their first playoff birth since 2017, said the last year had proved difficult as the restrictions related to the COVID-19 pandemic left him unable to see his children.

"It is with a heavy heart that I've decided to take this decision," Henry, 43, said in a news release. "The last year has been an extremely difficult one for me personally. Due to the worldwide pandemic, I was unable to see my children. Unfortunately, due to the ongoing restrictions and the fact that we will have to relocate to the U.S. again for several months will be no different. The separation is too much of a strain for me and my kids."

Henry, who helped France win the World Cup in 1998 on home soil, took over a Montreal club fresh off a campaign of 12 wins, 17 losses and five draws to miss the MLS Cup playoffs for a third consecutive season. Henry acknowledged that he fell in love with French-speaking Montreal, a diverse city where he had hoped to have a long adventure.

"(Are we) Surprised? Yes, because obviously our plan was one, to bring Thierry here for a long term and, in partnership with (sporting director) Olivier (Renard), to build an identity and the successful franchise we're looking to build," club president Kevin Gilmore said in a video news conference. "We're not surprised though by the circumstances. Very few people can appreciate how difficult last year was for this club and Canadian clubs in general."

Montreal, along with Toronto and Vancouver, relocated to the United States to finish the 2020 MLS campaign because of border restrictions related to COVID-19. Henry had a record of eight wins, 13 defeats and two draws with Montreal, guiding them to the playoffs as well as the CONCACAF Champions League quarterfinals.

Henry, who was assistant coach with the Belgian national team before a brief stint in charge at AS Monaco, was reported to have been approached by English Championship side Bournemouth.

"Bournemouth was nothing but a rumor," Gilmore said. "There were no discussions at all, either on our end or on his end with that club."

The MLS regular season kicks off in April.

(Reporting by Frank Pingue in Toronto; Editing by Ken Ferris and Ed Osmond)