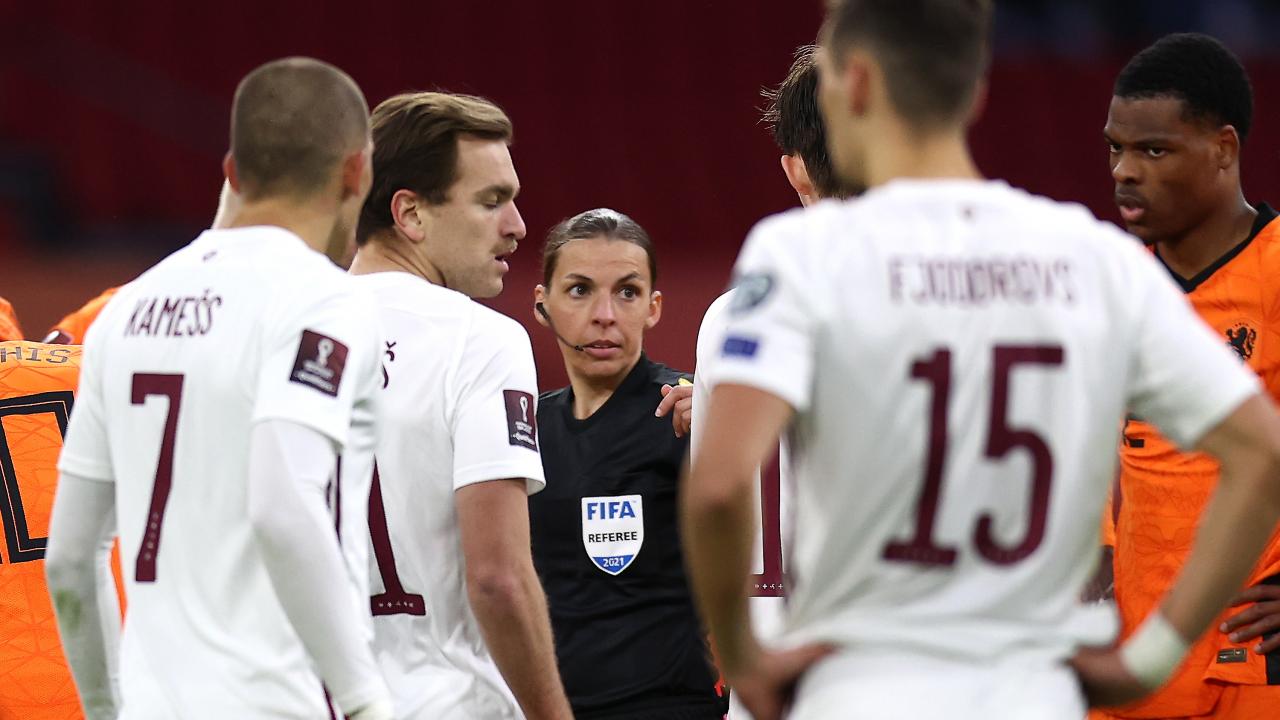 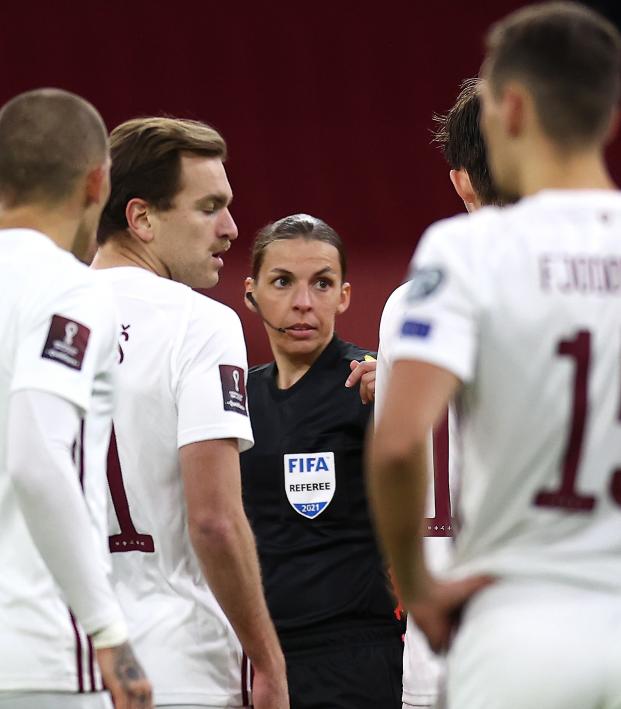 Add yet another first to Stéphanie Frappart’s impressive resumé. The French referee became the first woman to officiate a men’s World Cup qualifier, taking charge of the Netherlands’ 2-0 win over Latvia on Saturday.

Frappart won’t be the last woman to officiate a men’s World Cup qualifier. On Sunday, Kateryna Monzul of Ukraine will be the center referee when Austria hosts the Faroe Islands.

Back in Amsterdam, Frappart saw the Netherlands bounce back from a surprising 4-2 defeat to Turkey earlier in the week thanks to this superb strike from Steven Berghuis.

Luuk de Jong made it 2-0 in the 69th minute to ensure the Dutch picked up their first points of qualifying. The match was played before 5,000 fans at the Amsterdam Arena.

The Netherlands now sits tied with Norway in third place on three points, both having suffered defeats to Group G-leading Turkey. Montenegro also has six points through two matches, having beaten bottom-dwellers Gibraltar and Latvia.