Connor Fleming November 27, 2017
Stefan Frei answers our questions concerning U.S. player development, giving back to the community and playing against Real Madrid with the MLS All-Stars.

You could forgive Stefan Frei for suffering from a professional hangover following his heroics in the 2016 MLS Cup final. The 31-year-old native of Switzerland's legend is forever woven inside the fabric of the league following that save on Jozy Altidore in the second half of extra-time, one of seven saves for Frei in a performance that saw him named MLS Cup MVP.

But it’s been onwards and upwards for the Sounders goalkeeper in 2017 with a career-best total of 13 shutouts in 33 regular season matches. Frei then kept the Vancouver Whitecaps off the scoresheet for 180 minutes in this season’s Western Conference semifinals before a hamstring injury suffered in training kept him off the pitch in Seattle’s 2-0 first leg Conference final victory over Houston last Tuesday.

With the second leg scheduled for Thursday, Frei is hopeful that he can be back in goal as Seattle continues its quest to defend the Cup.

“Yes, that’s my optimistic and realistic goal,” Frei said with regards to playing on Thursday. “Although maybe my trainers might be a little more nervous about it. I have a really good chance.”

With Frei in a rich vein of form and the Sounders currently rolling, the keeper says his side is approaching the Dynamo and a spot in the MLS Cup final with confidence. Should the Sounders take care of business against Houston on Thursday, Frei says he’s not too concerned with which club comes out of the East. 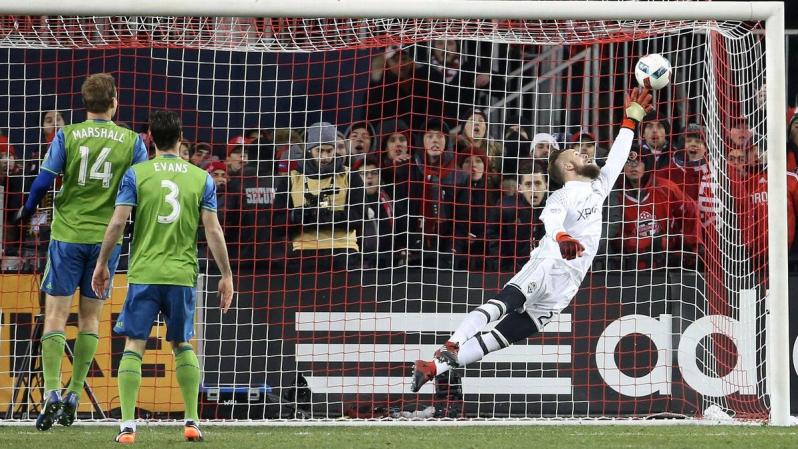 “Both teams are dangerous (Toronto and Columbus).," Frei said. "Both have their motivation — their extra motivation. Toronto, at home again, against us again and with what happened last year, … that would be their motivation. For Columbus, with the whole ’Save the Crew’ thing that’s going on, that can be an extra motivation. But at this point, I could care less which team we face. It’s one game, anything can happen. We believe in our team and I think we have a good chance against either of those teams.”

Frei’s performances in 2017 saw him named to the MLS All-Star game in Chicago against Real Madrid, an experience he says he’ll cherish for the rest of his life.

“I think just going into that stadium in Chicago and getting to walk out in front of that crowd (61,428 at Soldier Field) and in that atmosphere looking across and seeing some top, top players and seeing some top, top stars on our side as well," Frei said. "It wasn’t just a bunch of scrubs versus arguably the best team in the world, it was a really good collection of great players playing Real Madrid, so a really nice experience and something that I’ll cherish for the rest of my life.” 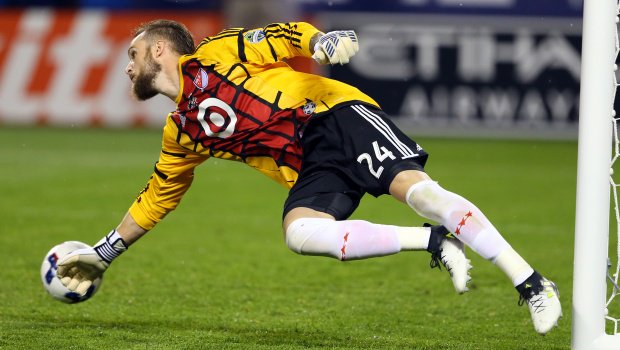 June of 2017 also saw Frei obtain his U.S. citizenship. He moved from Switzerland to the U.S. in the late 90s, playing for De La Salle High School in California and the University of California, Berkeley, before being drafted 13th overall in the 2009 MLS SuperDraft by Toronto FC.

Frei has yet to receive a USMNT cap, but it’s a moment he’s whole heartedly looking forward to.

“I would love to,” Frei said of representing the U.S. “That would be a huge, huge honor. It’s something that I can’t really control. The only thing I can control is how I practice, how I play. Hopefully I get time on the field with the Sounders, and hopefully I can do my best and show my best in those moments. Obviously those are the things I’m focusing on. Like I said, it’d be a huge honor and hopefully that day will come.” 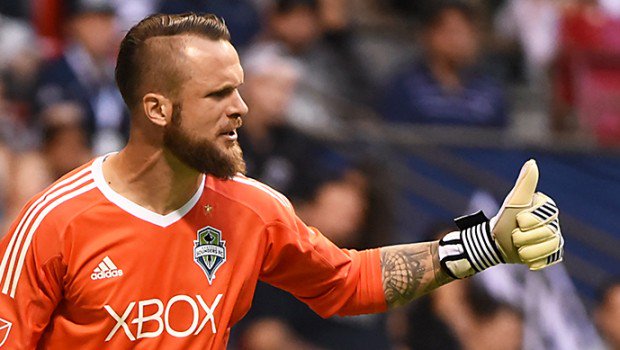 Frei is hopeful of representing the USMNT. Photo: @sportrated | Twitter

While Frei is enjoying the present moment and another playoff run with Seattle, he’s also extremely passionate about giving back to the community and helping to grow the sport in America.

“The nice thing, as a player playing in a league where everything is still fairly young if you look at it, is that you can have a huge impact," Frei said. "I know that I’m a regular Joe guy, we all think we’re regular people, but you have to realize that it’s a huge opportunity that a kid thinks you’re a super hero. You can have that positive effect, you can put a smile on their face, you can nudge them in the right direction.

"Whether you think it’s just or unjust that they view you in this light, you have to take it as an opportunity to go out there and make a positive change. I really enjoy that. It’s a really great opportunity and a big responsibility.”

It’s with this passion for growing the game at the youth level that Frei has partnered with Allstate throughout the playoffs to help provide nets for local soccer fields. For every save that Frei and other MLS keepers make throughout the conference finals and the MLS Cup final, Allstate will donate and install two new soccer nets in that team's city.

“I grew up in Switzerland and that’s what we did with every minute that we had,” Frei said of playing on local fields. “Yes, we were part of an organized team that had training but we also had our fields on the side that we went to whenever we could to go play pickup games. That’s where the love for the sport really grew for me.

"What’s important, before you get into academies and that level of play, is you need to somehow create a connection with those kids and the sport — the passion, the love for the sport needs to grow. It’s important that you have organized sports, but it’s also important that you just have fields where kids can go and play on their own in pickup games and juggling circles.” 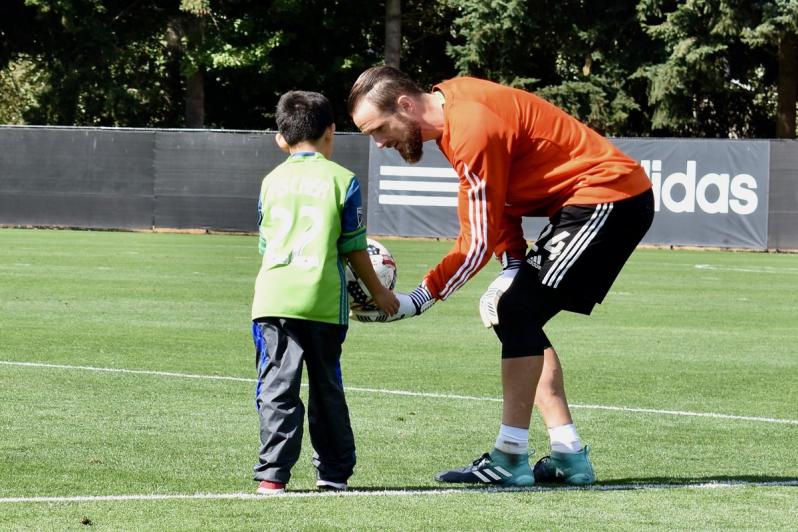 While Frei takes the greatest joy in working with kids at youth camps, his time in MLS has also coincided with the rise in the league’s academy system. He says he’s seen a huge advancement in player quality over a short period of time.

“Compared to Europe, there’s still the opportunity to choose a different route and go to college — that’s what I ended up doing," Frei said. "But with the emergence of academies in the U.S., they’re trying to groom players at an earlier age to be professionals, and that’s what you see in Europe. If you’re coming out of college age 21 or 22 and turning pro, that’s already considered quite late in Europe.

“I think it’s good that there’s different options for players, because ultimately it’s very difficult to put all your eggs into one basket. Yeah, there’s really good kids that want to turn pro, but it doesn’t always work out. With us specifically with the Sounders, we have S2 (Seattle’s USL reserve team). That allows players that are kind of not ready to make that step into professional ranks or into the first team to get them a lot of experience there.

“For us goalkeepers, we try to pull up an academy player in that age bracket (16-18) from time to time to give them a chance to train with us. … I think it’s important to have that connection between the first team and the academy and to give them a glimpse of what it means to be a professional. Show them how it feels — maybe it’s something that they might not event want to do.

"Hopefully it gives them something at an early age so they can either focus more on it or make smart decisions for their life after football.”

Frei says he’d like to continue to be involved with the Seattle Sounders academy after his playing days are over and help shape the future of American soccer. He figures to be a safe pair of hands for Seattle for many years to come.